Home People Started a career with a modest teacher, today Divya Gokulnath is the... 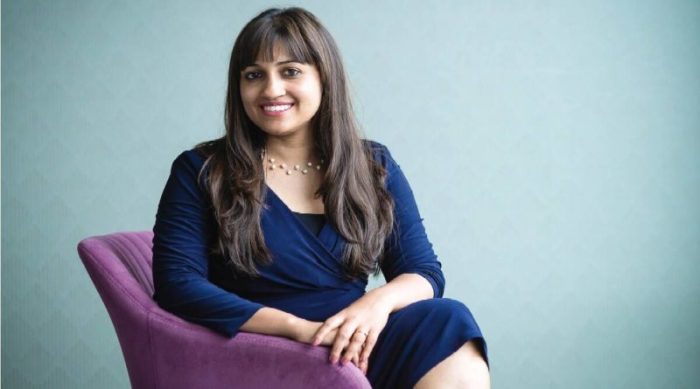 Divya Gokulnath: As we all know that every human being in the world wants to achieve success but success is not achieved only by thinking. It takes a lot of hard work and struggle in life for this. It is said that a person who has high spirits and is determined to do something, then he gets his destination.
Many difficulties stand in the way of success. The one who keeps on working hard and keeps on trying continuously while overcoming difficulties, he definitely gets the fruits of his hard work. Today we are going to tell you through this article the success story of a woman who started her career as a coaching teacher but today she is listed as the second youngest rich person in the country.
Yes, today we are going to tell you the success story of Divya Gokulnath, who is the co-founder of online education platform ‘BYJUS’. She earned so much money while working as a teacher that she became famous all over the world. The name and work of Divya Gokulnath is being discussed everywhere.
Divya Gokulnath has been included in the list of Forbes as India’s youngest second richest personality. Divya Gokulnath is the wife of Byju Ravindran, the founder of ‘Byju’ company, who is just 34 years old. But at this young age, she is the owner of $ 3.05 billion i.e. 22.3 thousand crore rupees.
Initially Divya went to study tuition from Ravindran as a student. Later both of them got married and together took the company to new heights. Most interestingly, her 39-year-old husband, tech entrepreneur and CEO of Byju’s, Byju Ravindran, is the third youngest Indian billionaire on the Forbes list after his wife. Ravindra founded the online education company in 2011. He used to teach mathematics tuition once before.
Divya Gokulnath was born in Bangalore. His father has worked as a nephrologist at Apollo Hospital and his mother as a program executive in Doordarshan. Divya is the only child of her parents. Divya’s father had initially taught science to his daughter. Divya holds a B.Tech degree in Biotechnology from RV College of Engineering followed by Frank Anthony School.
After this, she started preparing for the GRE Graduate Record Examination to study abroad. It was during this time that she met her future life partner, Byju Ravindran. When he saw Divya’s curiosity towards studies, Ravindran inspired her to get into the teacher’s profession.
Divya Gokulnath started her career as a teacher in the year 2008. During an interview, she  told that initially the students to whom she used to teach tuition. She was only a few years younger than them, so to look a little older, she used to wear a sari and go to class.
Divya told that her favorite subjects are Mathematics, English and Logical Reasoning. After passing the GRE exam, she got admission in many big universities of America, but Divya decided to work with Ravindran while staying in the country.
Explaining the reason behind this decision taken by her, Divya Gokulnath said that during this time she had fallen in love with teaching and being the only child of her parents, she felt it appropriate to stay with them in Bangalore instead of going abroad. .
Divya and Ravindran are parents to two sons. One is 8 years old and the other son is 8 months old. Divya was on maternity leave when their eldest son was born. She used to make video recordings for the students when her son fell asleep, through which this point of Divya’s commitment towards teaching and her students can be understood.
In one of her Instagram photos, Divya wrote about removing the fear of maths in children, “Parents and teachers should understand that the fear of mathematics is not innate in children. We need to connect children with this subject by connecting mathematics with everyday life. In the game of life, understanding of mathematics is of great use.
Divya has mastered the subject like maths and she likes to live her life with full gusto. After seeing Divya’s Instagram account, it is known that she loves traveling to new countries, working out in the gym, cycling and becoming a snow angel in the freshly fallen snow. She keeps sharing some or the other post on her Instagram account every day.
When Divya Frank Anthony was studying in school, she shared a picture of her first class and wrote, “School days are the most beautiful days of life, but instead of sitting inside the classroom, I learned  a lot from the people around me outside the classroom.”
Divya talks about the balance between work and home life, “Work is life for her. She believes that when you are involved in a work with full passion, then that becomes your life. In Byju’s, Divya focuses the most on the content and her main aim is to make the subject easy for the student sitting in a remote corner of Rajasthan. For her today, teaching is both a passion and a life. This is the secret of her success.