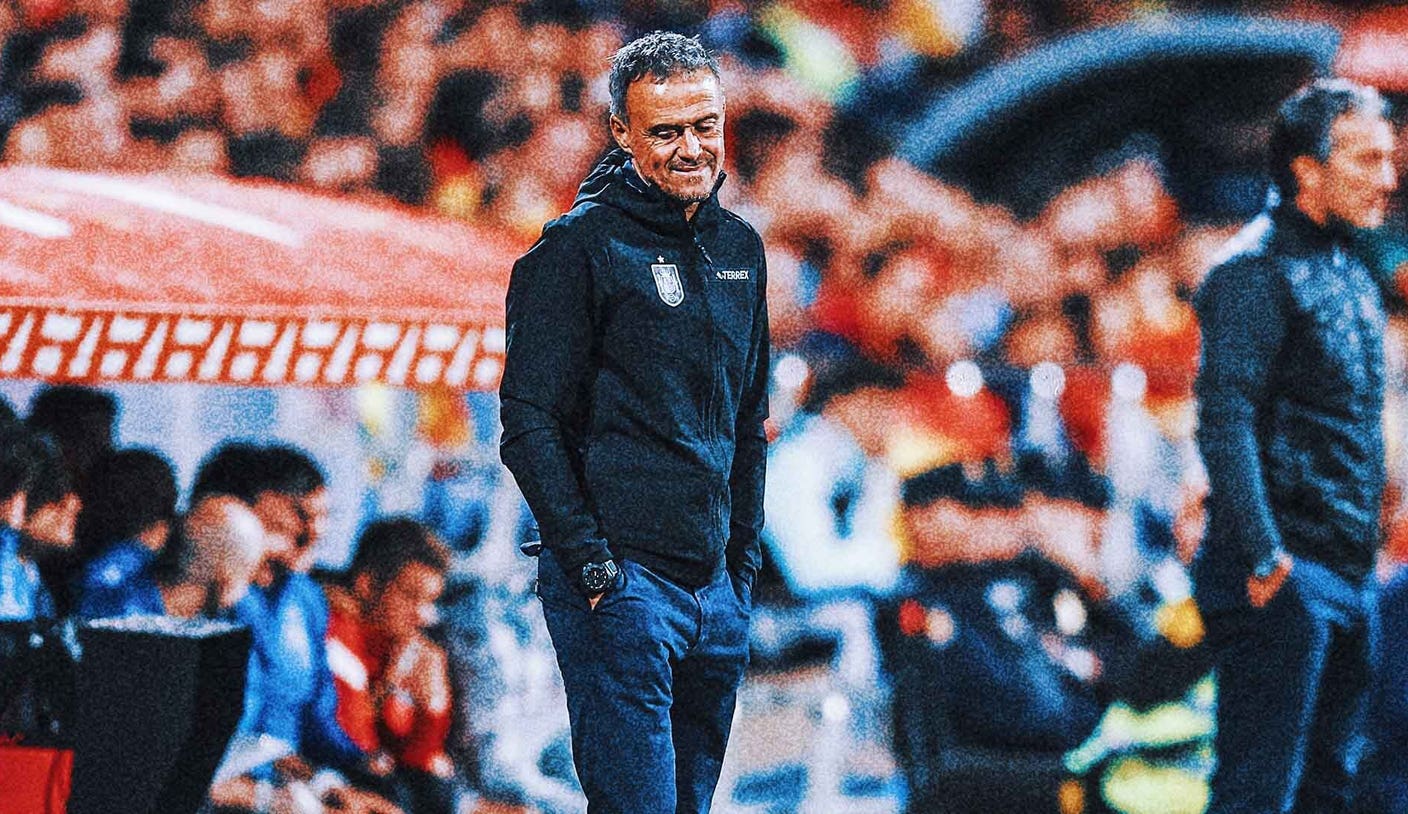 On Friday, it was England and Germany.

On Saturday, another European heavyweight — this time Spain — joined their fellow former World Cup winners by posting an eyebrow-raising loss on the penultimate match day of 2022-23 UEFA Nations League.

La Roja, upset 2-1 by Switzerland in Zaragoza, were dealt just their third defeat in their last 28 matches, and their first on home soil in nearly four years. Manuel Akanji gave the Swiss a lead they took into halftime before Jordi Alba equalized for the hosts 10 minutes after the break.

From there, the odds were on Spain to at least snare a point from the match, if not win it outright. Instead, Breel Embolo’s strike just shy of the hour mark stood up, giving the visitors a badly needed victory.

Switzerland had dropped three of their first four games in the competition. Now, a point in their Group B finale Tuesday against the last-place Czech Republic will be enough for the Swiss to avoid relegation to the competition’s second tier for 2024-25.

Unlike England, which lost 1-0 in Italy on Friday, Spain’s loss didn’t send them down.

But just like Germany’s shocking home defeat to Hungary a day earlier, it did put their chances of reaching next year’s final four in jeopardy with just one more match day remaining in the group stage.

A resounding 4-0 beatdown of the Czechs on Saturday allowed Portugal to leapfrog La Roja to claim first place in Group B. The Portuguese didn’t even need Cristiano Ronaldo to get on the board: Ronaldo’s most notable contribution was getting his nose bloodied in a collision with the Czech keeper in the first half.

The Iberian rivals will now face off in Lisbon on Tuesday with a place in the final four on the line for both teams.

Of course, performances this month aren’t just about the Nations League. The World Cup in Qatar is just eight weeks away. However important these matches are within the context of the still-novel Nations League tournament, they also represent the last chance for the European teams with a ticket to World Cup — England, Germany, Portugal, Switzerland and Spain all fall into that category — to prepare for the ultimate event in global sports.

“We will look for positives,” Spain coach Luis Enrique said after Saturday’s defeat. “We will look to win the last game and sum up all we’ve learned in time for the World Cup.”

Spain will occupy a group in Qatar that also contains the Germans, Costa Rica and Japan. Given what lies ahead, Enrique and his scouting staff will have an eye on Germany’s match in England on Tuesday. Defeats have also been rare for Die Mannschaft of late; Saturday’s was their first in 14 outings since Hansi Flick replaced Jogi Loew a year ago.

The Three Lions, meantime, have been awful throughout this Nations League.

Officially, they have nothing left to play for. In reality, England will play like their World Cup lives depend on Monday’s performance — because they actually might. It’s hard to see Gareth Southgate’s team losing to their biggest international rival at home to cap a 0W-4L-2T run, then suddenly morph into world-beaters when the main event kicks off in November.

Israel leaves it late but secures spot in League A

All Israel needed was three points on Saturday against Albania to earn promotion to the Nations League’s top division two years from now.

But as the clock ticked past 90 minutes in Tel Aviv with the score still knotted at 1-1, it looked like Israel would have to win on the road in Malta on Tuesday to guarantee themselves a place alongside Europe’s best. Fortunately for them, Tai Baribo scored a dramatic late winner in stoppage time.

Where was this sort of form when Scotland was trying to qualify for the World Cup earlier this year?

Coming on the heels of last Wednesday’s 3-0 triumph over Ukraine — the same opponent who eliminated the Tartan Army from contention for Qatar 2022 with a comprehensive victory in Glasgow in June — the Scots on Saturday notched their second straight League B win, coming from behind to beat the Republic of Ireland at Hampden Park.

A draw with Ukraine in their Group 1 closer on Tuesday — the match will be played on neutral ground in Poland because of Russia’s ongoing war in Ukraine — would be enough for the Scots to secure promotion to League A for 2024-25. The Ukrainians responded to Wednesday’s setback by routing Armenia, 5-0:

Haaland’s goal not enough for Norway

Planet futbol’s most-lethal scorer isn’t going to the World Cup — Erling Haaland’s Norway failed to qualify for Qatar 2022 — and now the Manchester City goal machine might not be heading to League A, either.

Haaland gave the Norwegians an early second-half lead over Slovenia on Saturday, putting them in position to take a commanding three-point lead over Serbia atop Group 4 before Tuesday’s group phase finale against the Serbs in Oslo:

The Slovenians came roaring back with two goals in the final 21 minutes, though, sending Haaland & Co. home empty-handed. The good news for Norway? They’ve already beaten Serbia once, in Belgrade back in June. Haaland — who else? — scored the only goal.

Get more from UEFA Nations League Follow your favorites to get information about games, news and more.