Home Sports Snowstorm expected in Buffalo ahead of Dolphins-Bills 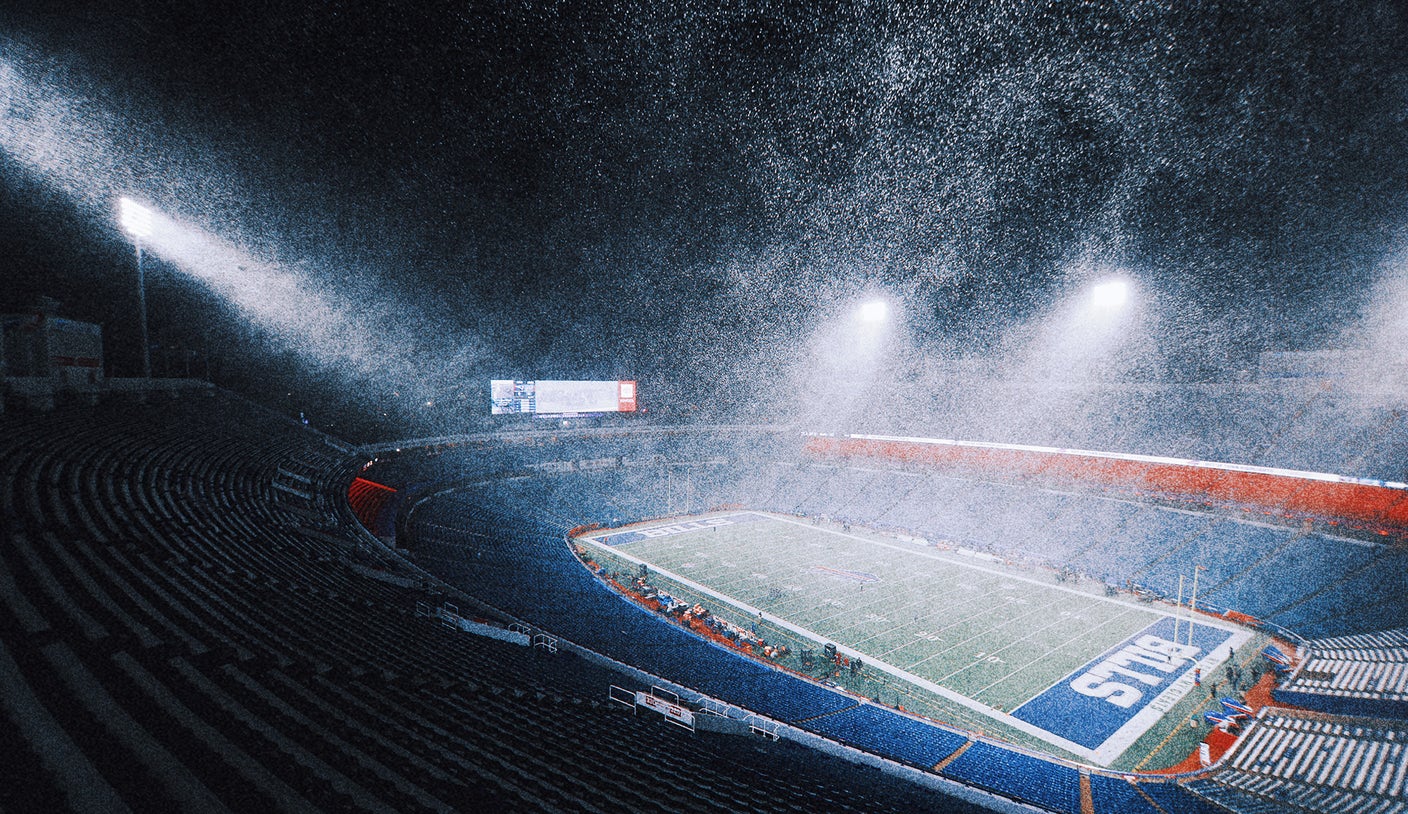 The Miami Dolphins announced their presence as contenders when they defeated the Buffalo Bills in a hot, muggy Week 3 matinee in South Florida. It now appears the Bills may be getting some help from the elements when the two AFC East rivals square off again in Buffalo on Saturday night.

A “lake effect” snowstorm is expected to dump several inches — and maybe even over a foot — of snow Saturday night during the Bills-Dolphins game at Highmark Stadium, per multiple local reports. The storm could not only affect the game but also fans’ ability to get there.

Needless to say, the Dolphins are used to far warmer climates, and even had space heaters near their benches during last week’s loss at the Los Angeles Chargers in chilly — but far more temperate — California weather.

Wide receiver Jaylen Waddle and linebacker Jaelan Phillips, two of the Dolphins’ young stars, told reporters this week that they have never played football in snow. Waddle is from Houston and played collegiately at Alabama, while Phillips is from Redlands, Calif. and played at UCLA and the University of Miami.

Dolphins coach Mike McDaniel, however, embraced the challenge as the air conditioner blew during a recent practice at Miami’s indoor facility.

Tua Tagovailoa, a Hawaii native who was a college teammate of Waddle’s on the Crimson Tide, also downplayed the conditions that he will face Saturday night.

Concerns for the Cowboys? Bills vs. Dolphins preview & more!

On this week’s Cheat Sheet with Peter Schrager, Schrager discusses the hottest topics in the NFL including a Buffalo Bills vs. Miami Dolphins preview.

The Dolphins are semi-reeling following consecutive defeats in California to the 49ers and Chargers. Miami is still in the thick of the playoff race at 8-5 and would hold a tiebreaker over the division-leading Bills (10-3) with a win Saturday night.

Despite the team’s recent struggles, “Speak” cohost Joy Taylor sees no reason why the Dolphins can’t pull out a victory in the notoriously hostile environment of Buffalo.

“Why not?” Taylor said Wednesday. “They’re a good team. They’ve been a good team all season long. All season long we’ve been talking about how great Tua has been, Mike McDaniel, how talented this team is, how creative he’s been with the offense, how they’re back on track, how Tua is a franchise quarterback.

“Why can’t they win in Buffalo this weekend?”

The Day Before Is Not a ‘Scam,’ Developer Says After Steam...

News Next Desk - January 27, 2023 0
The Day Before, one of Steam's most-wishlisted open-world survival MMOs, got pulled from Valve's storefront earlier this week. The game's disappearance from the shop...
%d bloggers like this: