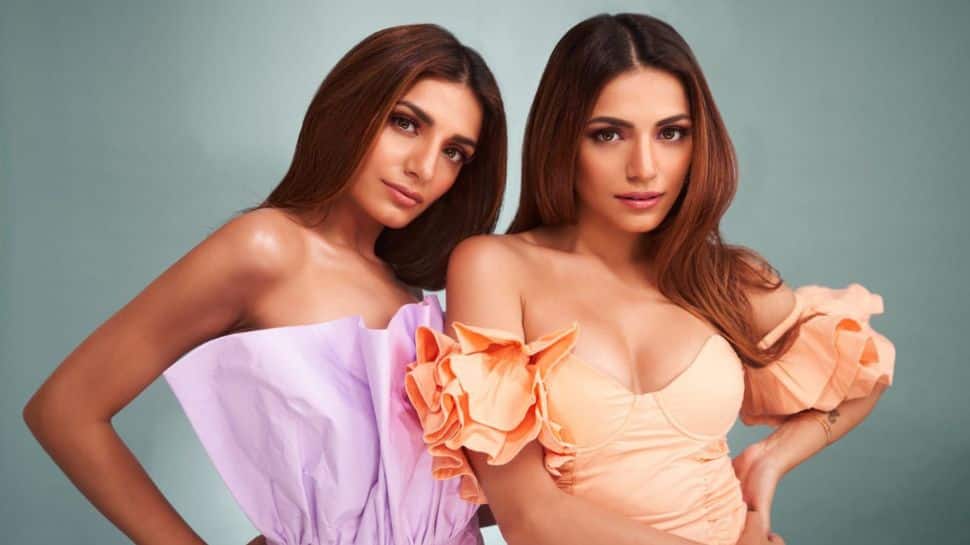 New Delhi: Singing twins Sukriti & Prakriti Kakar have won the audience’s hearts with their recently released track Kya Say with Badshah. The song showcases them in a very new and unique avatar and the audiences are in love with their fashion game in the song and the breath-taking scenic beauty and majestic landscapes. Well, here is an unknown fact about the song revealed by the singers themselves. The duo had to travel barefoot from one shoot location to another in the forest combatting the sludge and the mud puddles.

Sukriti shared her experience and said, “It was difficult walking through the potholes, mud and sludge but I’m really happy that we did it and could bring this beautiful song to the audience. Walking from one location to another in a forest initially was very challenging and it was for the very first time I did something like this but looking at the reactions and the love that the song has received all seems to be worth it. We were also warned about leeches everywhere but luckily, they didn’t bite us and it was one of the best adventures I ever had in my life.”

Prakriti said, “The shooting of the song in the middle of the forest was a real challenge, and when we had to walk for almost half an hour to every location barefoot it really became a struggle but I’m extremely happy that I could do it. We had to walk through sludge, potholes and muddy path which was scary and also exhausting. I also ended up hurting my feet during the walk which further made me worried about completion of the shoot but it was relief when we pulled off the shoot with ease. It’s pure bliss to see the audience showering so much love to the song.”

Kya Say has been the track of the year and has been in our playlist since the day it was released. We are eagerly waiting for our favorite singing twins to come up with another power packed track very soon.

Australia to legalise use of MDMA and magic mushrooms for treating...

News Next Desk - February 3, 2023 0
The drug watchdog of Australia on Friday announced that the authorities will be soon legalising psychedelic substances MDMA and psilocybin, which are commonly known...