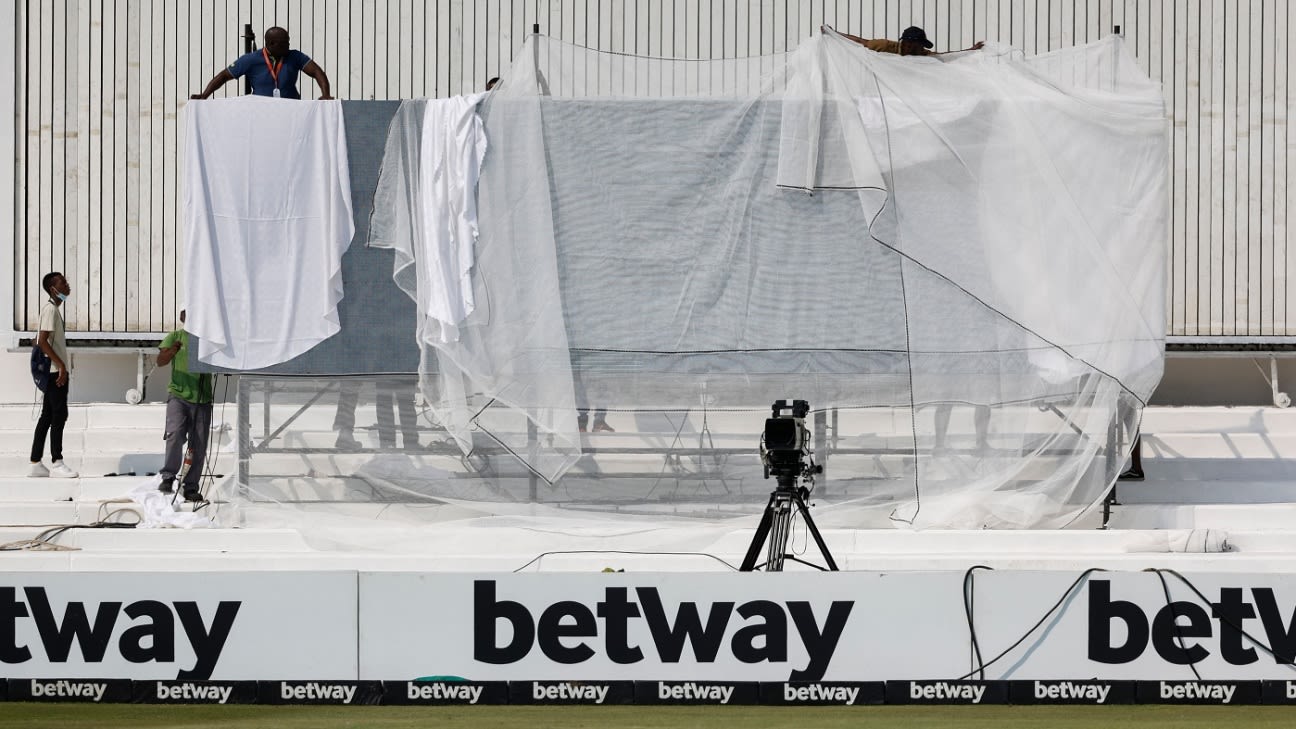 Screens at both ends malfunctioned before a ball was bowled

The start of the Durban Test was delayed after the sightscreens at both ends malfunctioned before a ball was bowled. The match eventually began at 10:35am, 35 minutes after the scheduled start. Play began from the Umgeni End at Kingsmead, after the groundstaff put together white cloths to cover up the faulty electronic screens.

It looked innocuous enough at the beginning when Dean Elgar and Sarel Erwee waited for the issue to be sorted out at the Old Fort End. But black spots from the background kept showing through the gauzy material that the groundstaff were using to cover up the screen.

The players left the ground shortly afterwards, and the broadcasters also cut the live feed while the groundstaff tried to solve the problem.

This is the first Test in Durban since February 2019, when Sri Lanka pulled off a one-wicket win over the hosts. South Africa are fielding a depleted side this time with eight of their first-choice players choosing to play the IPL rather than this series.

Bangladesh also endured a setback on the first morning when Tamim Iqbal and Shoriful Islam pulled up with ailments. The visitors are vying for their first positive result in South Africa having lost all six of their Tests in the country since their first visit in 2002.