Home Entertainment Siddhant Chaturvedi to be a part of FIFA World Cup anthem with... 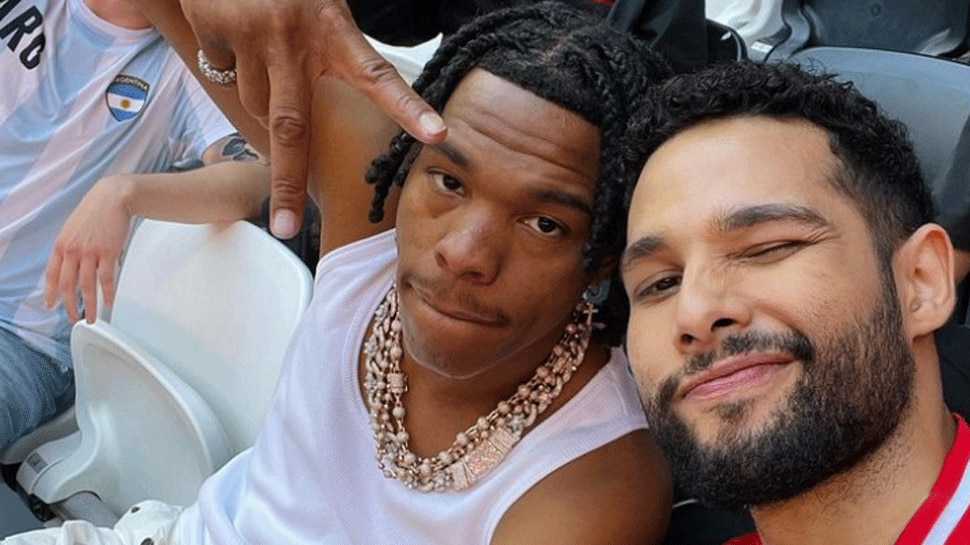 NEW DELHI: Bollywood actor Siddhant Chaturvedi is among the hottest Gen Z actors in the industry. The audience loves him for his great style and amazing screen presence. The actor who is enjoying a year full of multiple releases, is all set to become the first and only Indian to appear in the official FIFA World Cup Anthem. The anthem is with Lil’ Baby, directed by X and will come out during the finals.

Taking to his social media, Siddhant shared a few snaps from shoot of the anthem. In the pictures he can be seen posing with the rapper Lil’ Baby, wearing a cool red loose T-shirt, looking all dapper. In the captions, he wrote, “FIFA anthem loading… @lilbaby by @directorx.”

While the actor has enjoyed a very successful 2022, coming along with Lil’ Baby is a milestone for him and his fans. We got to see a very attractive and masculine side to him in ‘Gehraiyaan’, his cool and sassy side was seen in ‘Phone Bhoot’.

And now with him doing the anthem for FIFA, it adds to his credit. This year has been very fruitful for the star with his films enjoying a very successful run to all headlines leading with his names, it’s been a treat for him and his fans.

Talking about his future lineups, Siddhant will be next seen in ‘Yudhra’ where he takes on a heavy dose of action and in ‘Kho Gye Hum Kahan’.

News Next Desk - January 27, 2023 0
Fashion designer Masaba Gupta has tied the knot with her beau Satyadeep Misra, whom she met on the set of the Netflix show 'Masaba...

How the FBI and hacktivists infiltrated ransomware gang Hive and recovered...

News Next Desk - January 27, 2023 0
In the Philippines, onions are becoming a luxury and are giving a close-shave competition to meat when it comes to prices. The South Asian...
%d bloggers like this: