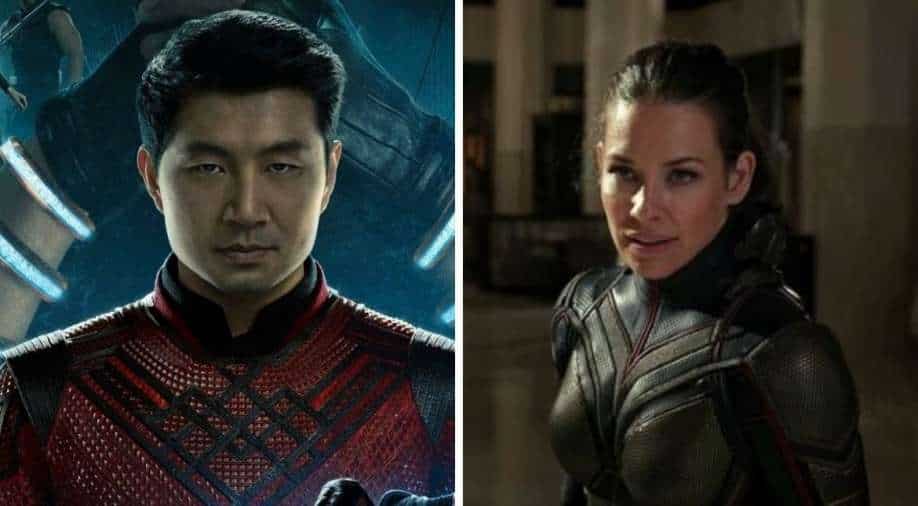 Hours after Evangeline Lilly shared photos from an anti-vaccine mandate protest rally that took place in Washington DC, ‘Shang Chi’ actor Simu Liu  slammed the actress and requested media “to stop spotlighting opinuions that are “not rooted in facts or science.”

Evangeline, who plays the role of Hope van Dyne in the Marvel film ‘Ant-Man’, posted pictures of protesters with different sign boards against vaccine mandates.

In the photos, the protestors could be seen holding signboards that read, ‘Vaxxed Democrat for Medical freedom,’ ‘Defeat the mandates,’ and ‘Feds for medical freedom.’

She also posted a quote of Naval Ravikant which reads, “All tyranny begins with the desire to coerce others for the greater good.”

Hours after the actress shared her thoughts on Instagram, ‘Shang-Chi’ actor Simu Liu tweeted about people whose opinions are not rooted in science.

“I lost my grandparents to COVID last year. They were still waiting for their vaccines. I’m fortunate to have been double-vaccinated and boosted when I got COVID 2 weeks ago. Felt like a cold. The media needs to stop spotlighting opinions that are not rooted in facts or science.”

“As a @UNICEFCanada ambassador I have seen the organization’s efforts to deliver vaccines to underprivileged families around the world. It’s a reminder of how lucky we are to be living in places where vaccine delivery and storage are not an issue. Please, PLEASE appreciate that,” the actor further wrote.

As a @UNICEFCanada ambassador I have seen the organization’s efforts to deliver vaccines to underprivileged families around the world. It’s a reminder of how lucky we are to be living in places where vaccine delivery and storage are not an issue. Please, PLEASE appreciate that.

Actor David Dastmalchian, who played the character of Abner Krill/Polka-Dot Man in ‘The Suicide Squad’ seem to have echoes Simu Liu’s thoughts as he too tweeted, “It’s so unfortunate when people with a large platform use that platform to share irresponsible things.”

Many on the comment section of the post slammed the actress for her stand while others tried reason that she was not anti-vaccine but against the mandate.

Former Congress Leader Hardik Patel Like To Join BJP In Next...

News Next Desk - May 27, 2022 0
New Delhi: Former Congress working president and Patidar leader Hardik Patel will be joining BJP either on May 30 or May 31 in Gandhinagar,...

News Next Desk - May 27, 2022 0
New Delhi: Sacked health minister in the Punjab cabinet, Vijay Singla was sent to a 14-day judicial custody by the Mohali court on Friday,...

Shehnaaz Gill is very much a part of Salman Khan starrer...

News Next Desk - May 27, 2022 0
Reports have been doing the rounds that Shehnaaz Gill is planning to opt-out of Salman Khan starrer ‘Kabhi Eid Kabhi Diwali’. The actress reportedly...

How Will India’s Crypto Tax Hurt Growth of the Emerging Sector?

News Next Desk - May 27, 2022 0
Crypto profits — over the past few years — have encouraged Indians to start investing in digital assets. However, in the latest Union Budget,...

Best Technology and Incredible Products with MediaTek Days on Amazon

News Next Desk - May 27, 2022 0
New Delhi, Delhi, India Reiterating commitment towards delivering cutting-edge technologies to the end customer and creating awareness around popular brands and devices powered by MediaTek, the world’s...

News Next Desk - May 27, 2022 0
Bharat Sanchar Nigam Limited (BSNL) recently introduced extended validity for its annual prepaid recharge. Previously offering one year — or 365 days — of...
%d bloggers like this: