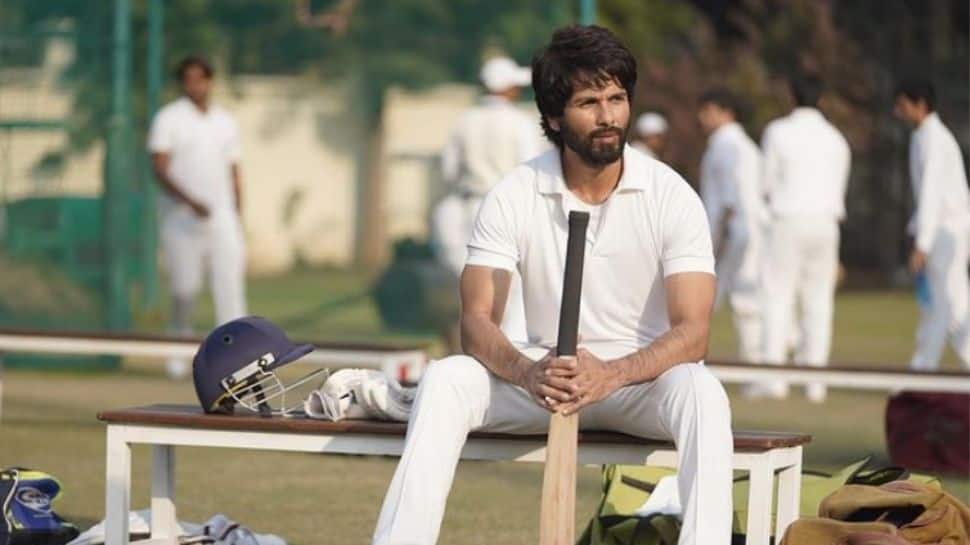 New Delhi: Shahid Kapoor‘s latest release ‘Jersey‘ has received impressive first reviews from fans and critics alike. The sports-drama remake of a Telugu film which tells the story of the powerful bond between a father and son. Fans have been widely appreciative of Shahid’s performance and praised actress Mrunal Thakur as well for her ‘natural acting ability’.

The film which released in theatres on Friday (April 22) has opened to an overwhelming positive response. It’s also creating a lot of buzz on Twitter as netizens shared their reviews for the film.

Take a look at what Twitterati thinks of the film:

Watched #Jersey last night & that film didn’t let me sleep. Oh! What a brilliant film!The scenes are nothing short of magic. @shahidkapoor & @mrunal0801 shine and how. I can’t get over the super relatable scenes and emotions. My heart is full #JerseyReview #EntertainmentReports

Both #ShahidKapoor & #PankajKapur Literally Breathed Into Their Roles

They literally performed at par with #Nani & #Sathyaraj

#JERSEY is a heart-warming & lovely family entertainer. @shahidkapoor delivers one of his best acts ever. @mrunal0801 is fantastic and looks so lovely. #PankajKapoor saab is excellent. This one deserves your love and appreciation. Liked it a lot. #JerseyReview

Just watched #Jersey @shahidkapoor you’re a phenomenal actor,As a performer u were outstanding.Throughtout the film I cried I laughed I enjoyed a lot even I forgot my own pain@mrunal0801 what I will say u r a natural actor,I became ur fan after watching this film#JerseyReview pic.twitter.com/cNNdlnwpKn

Both have given a memorable film to us

Had a chance to watch jersey last night and wht a experience it has been. @shahidkapoor rocking as always and @mrunal0801 with her great acting. The film was awesome and meeting @mrunal0801 made it x10. You MUST watch it with your family!!! #Jersey #JerseyReview #

In Jersey, Shahid shares on-screen space with Mrunal Thakur for the first time. It is a remake of the National Award-winning Telugu sports drama of the same name starring Nani. Gowtam Tinnanuri has directed both Hindi and Telugu ventures.

Brahmastra movie review: Ranbir Kapoor and Alia Bhatt’s film is all about love,