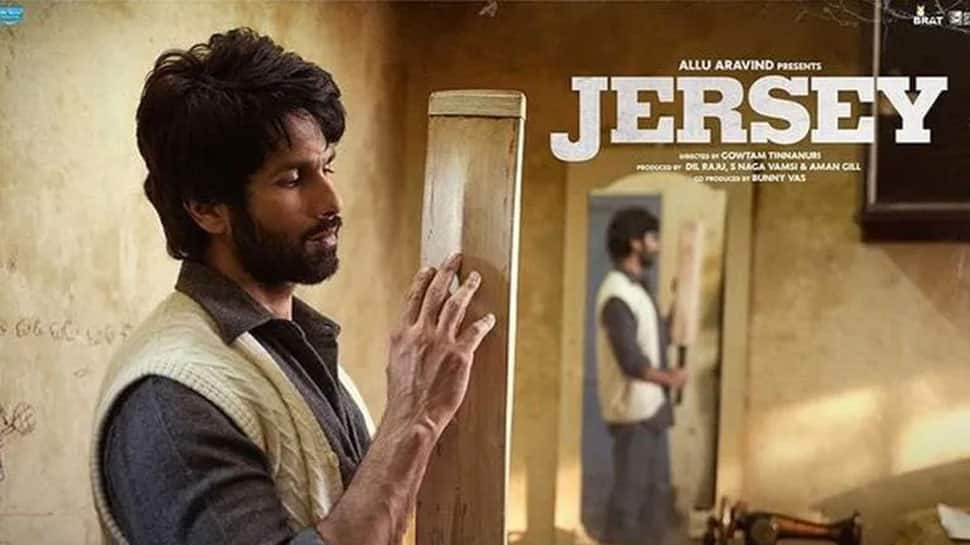 New Delhi: Bollywood actor Shahid Kapoor and Mrunal Thakur starrer Jersey, which started to stream on Netflix last week is soaring high-reaching fans all over the world. Directed by Gowtam Tinnanuri and produced by Allu Aravind, Jersey has received love, admiration, and appreciation from fans in less than a week of its Netflix debut.

The film is already in the global Top 10 Non-English films on Netflix, and is presently trending at #2  in Films in India! The film has also made it to the Top 10 in Films In 11 countries across the world, including UAE, Bangladesh, and Qatar.

Talking about the success of Jersey on Netflix, Shahid Kapoor shares, “Jersey is one of the films that is very close to my heart because the film says something that has stayed with me-  In Arjun Talwar’s words:  ‘Zindagi Lambi Nahi Badi Honi Chahiye’. I am extremely excited to see that people are loving the film worldwide with Netflix and it gives me immense joy to see that the film is trending globally. We want the film to reach as wide as it can and Netflix is the perfect platform for the same- I am loving it!”

On the same note, Mrunal Thakur shares her happiness by saying, “I am really happy that the film is trending in India, in multiple countries worldwide and receiving all the love from audiences around the world.  In today’s world, it is such an amazing thing that with one click our work reaches fans all across the globe and that’s what we as actors want. The film strikes a chord with your heart and what better a platform than Netflix for more audiences to watch the film with their loved ones.”

Along with Jersey,  RRR (Hindi), Gangubai Kathiawadi and Raw (Hindi) are all winning hearts worldwide and currently feature in the top 10 Non-English films worldwide.