Surging oil prices, inflation and a slump in tech shares led Saudi Aramco, billed as the largest oil producing company in the world, to oust Apple from its position as the most-valued company 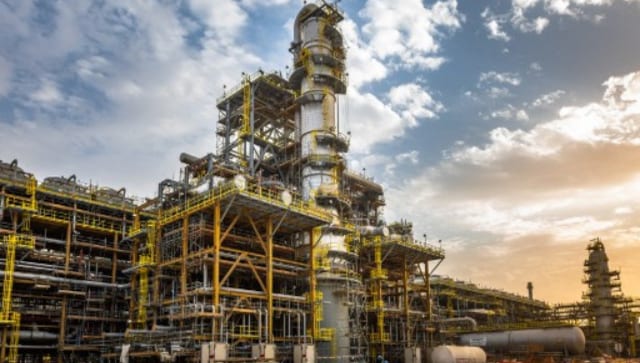 Saudi Aramco on Wednesday became the world’s most valuable company, dethroning Apple from the coveted position.

Due to surging oil prices, the Saudi Arabian national petroleum and natural gas company, billed as the largest oil producing company in the world, was valued at $2.42 trillion based on the price of its shares at close of market.

Apple, meanwhile, was valued at $2.37 trillion at the end of official trading on Wednesday.

Even though the value of the companies could change again due to fluctuations in share prices, the developments on Wednesday hinted at broader trends in the global economy.

How Saudi Aramco dethroned Apple from the hot seat?

Apple has been seeing its share price drop over the past month. The sinking share price came despite Apple reporting better-than-expected profits in the first three months of this year amid strong consumer demand.

But, Apple warned that the China Covid-19 lockdown and ongoing supply chain woes would dent June quarter results by $4 to $8 billion.

“Supply constraints caused by Covid-related disruptions and industry-wide silicon shortages are impacting our ability to meet customer demand for our products,” Chief Financial Officer Luca Maestri said on a conference call with analysts, as reported by the Agence France-Presse (AFP).

The kingdom, one of the world’s top crude exporters, has been under pressure to raise output as Russia’s invasion of Ukraine and subsequent sanctions against Moscow have roiled global energy markets.

Aramco president and CEO Amin Nasser cautioned that the company’s outlook remained uncertain due in part to “geopolitical factors”.

“We continue to make progress on increasing our crude oil production capacity, executing our gas expansion program and increasing our liquids to chemicals capacity,” Nasser said.

On the results, for 2021, he acknowledged that “economic conditions have improved considerably”.

A strong rebound last year saw demand for oil increase and prices recover from their 2020 lows.

Inflation could cause a drop in consumption, reducing demand for oil, while tech shares could continue to be dragged down by investor concerns over company costs, interest rate rises and supply chain woes.