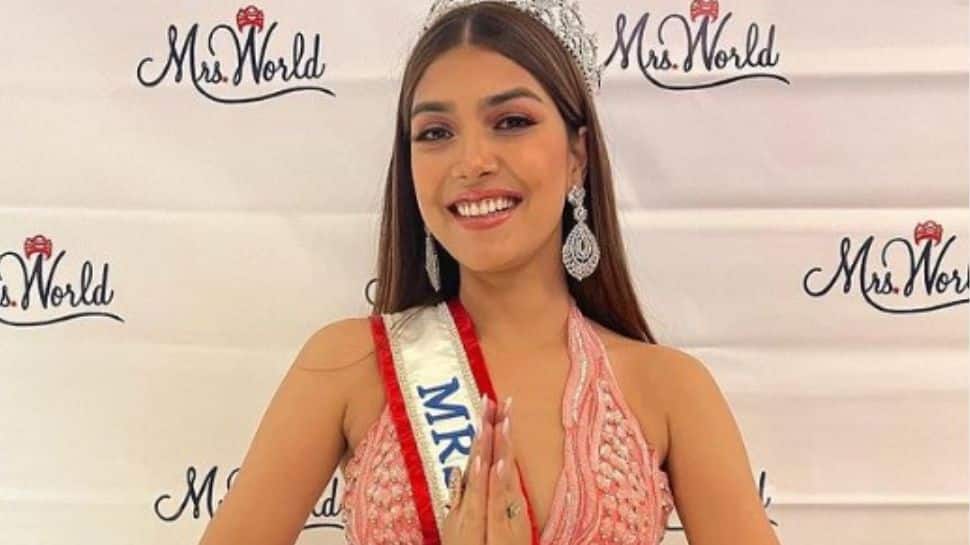 Sharing the picture of Miss World 2022, they wrote, “The long wait is over, it`s after 21 years we have the CROWN back!”

On Saturday, Shaylyn Ford, Mrs. World 2021 from the US, presented the crown to Koushal during a ceremony at the Westgate Las Vegas Resort & Casino. Mrs Polynesia and Mrs Canada were named as first and second runner-up. Sargam wore a gorgeous pink slit gown for the final round. Sargam fought the title with Mrs Polynesia and was then crowned Mrs World 2022.

In the video, after announcement of Mrs World 2022, Sargam burst into tears and also give a walk wearing her pride, a new crown.

Hailing from Jammu and Kashmir, Sargam also won the Mrs. India World 2022-23 back in June this year, which led her to represent India internationally.Earlier, in 2001, the actor-model Aditi Govitrikar brought Mrs World title in India.

Meanwhile, Mrs. World, the first pageant for married women, was established in 1984. It was first known as Mrs Woman of the World before being renamed Mrs World in 1988. More than 80 nations have entered Mrs. World over the years, with Americans producing the majority of the victors.