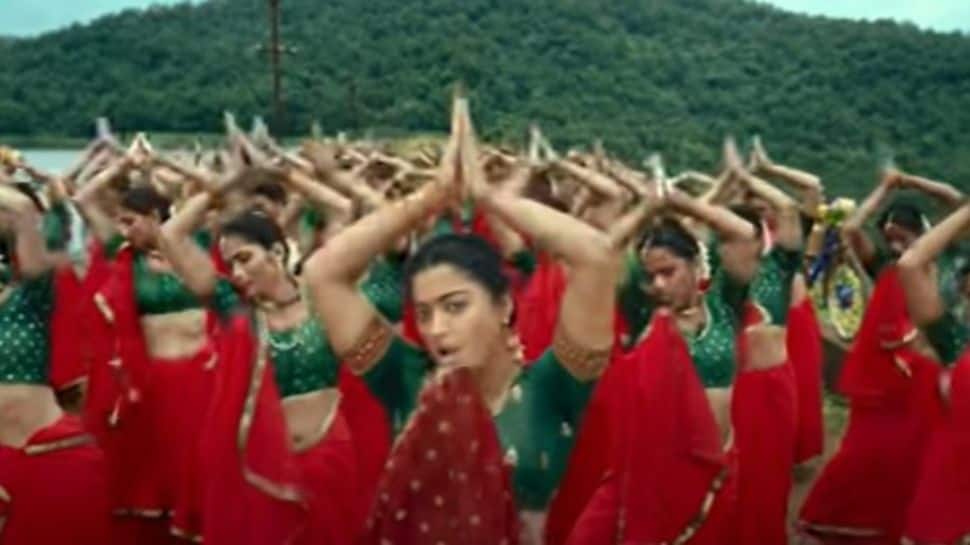 New Delhi: Rashmika Mandanna’s ‘Saami Saami’ song from ‘Pushpa: The Rise’ is among the most trending songs this year. The actress flaunted her crazy moves on the song which went viral. Many of the stars then made reels on the same including Kili Paul. Even megastars like Salman Khan, Govinda grooved to the song this year along with the actress, which went viral in no second. Check out how celebs reacted to the ‘Saami Saami’ fever!

Rashmika went on the sets of the famous reality show, Bigg Boss 16 where she made Salman Khan who is a host of the show, dance to her famous ‘Saami Saami’ song, while they both were seen doing the hook step of the song.

Actor Govinda aced the hook step of the popular song ‘Saami, during the promotions of Rashmika’s film ‘Goodbye’, on the dance show DID SuperMoms.

Janhvi Kapoor recently performed at the song ‘Saami Saami’ at an award show in Dubai. Wearing a green shimmering outfit, Janhvi Kapoor set the stage on fire as she danced to Rashmika Mandanna’s song.

Ananya Panday gave her debut performance at IIFA this year, where she shook a leg on Rashmika’s Saami Saami song. The actress looked rather graceful and elegant while performing on the song.

Thus, ‘Saami Saami’ has truly turned out to be a song which has made everyone groove to its beat!

News Next Desk - November 30, 2022 0
The Toledo Rockets face off with the Ohio Bobcats this Saturday in the MAC Championship game.The Rockets are 7-5 and on...

News Next Desk - November 30, 2022 0
Black Friday and Cyber Monday have ended, but this week some US retailers are still promoting deals and discounts on...

Climate activists deflate tyres of over 900 SUVs worldwide overnight to...

News Next Desk - November 30, 2022 0
Climate activists' group 'Tyre Extinguishers' had their "largest ever night of action against luxury emmissions" with tyres of over 900 Sport Utility Vehicles (SUVs) deflated...

News Next Desk - November 30, 2022 0
Climate activists' group 'Tyre Extinguishers' had their "largest ever night of action against SUVs", with tyres of over 900 Sport Utility Vehicles (SUVs) deflated...
%d bloggers like this: