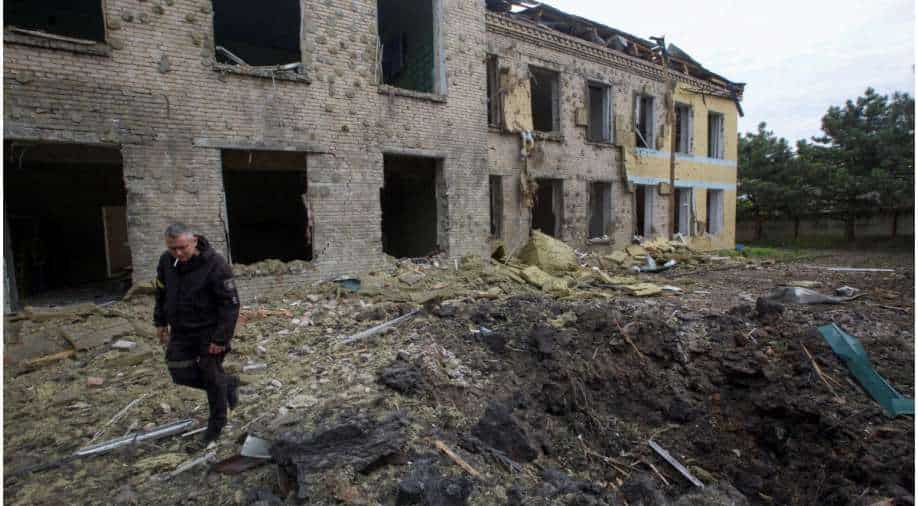 Ukraine military said on Thursday that Russian forces shelled more 40 towns in Ukraine’s Donbas region. This has raised concerns that the shelling may shut off last main escape route for civillians. Russian invasion of Ukraine is now in its fourth month.

Russia has focussed its firepower on Donbas after failing to achieve victory in capital Kyiv or Kharkiv. Separatist elements in Donbas already enjoy support from Russia.

Russia has poured thousands of troops into the region, attacking from three sides in an attempt to encircle Ukrainian forces holding out in the city of Sievierodonetsk and its twin Lysychansk. Their fall would leave the whole of Luhansk province under Russian control, a key Kremlin war aim.

“The occupiers shelled more than 40 towns in Donetsk and Luhansk region, destroying or damaging 47 civilian sites, including 38 homes and a school. As a result of this shelling five civilians died and 12 were wounded,” the Joint Task Force of Ukraine’s armed forces said on Facebook.

The report from Ukraine military said that 10 attacks were repelled four tanks and four drones destroyed, and 62 “enemy soldiers” were killed

Ukraine President Volodymyr Zelenskiy said Russian troops “heavily outnumber us” in some parts of the east.

Reuters said it was unable to independently confirm reports from the battlefield.

As Moscow seeks to solidify its grip on the territory it has seized, President Vladimir Putin signed a decree simplifying the process for residents of newly captured districts to acquire Russian citizenship and passports.

The Russian parliament scrapped the upper age limit for contractual service in the military on Wednesday, highlighting the need to replace lost troops.