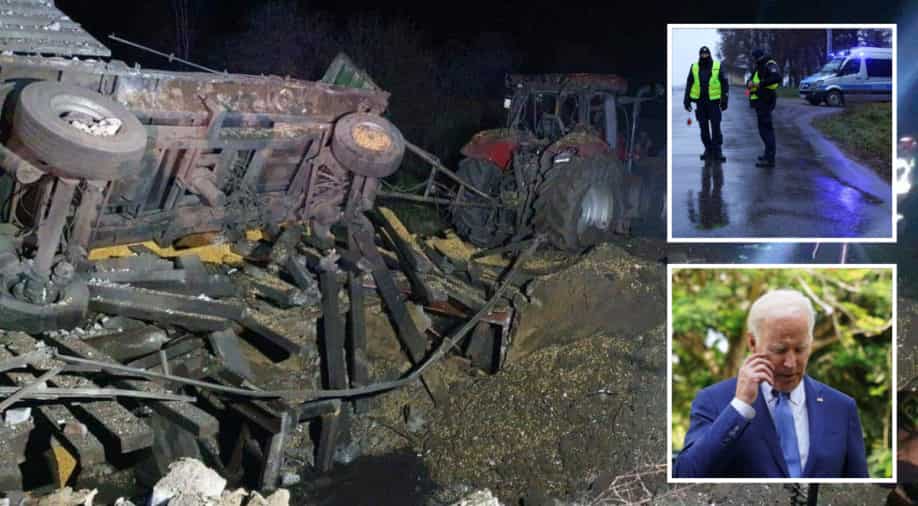 Russia on Wednesday (November 16) claimed that the images that were published from the site of the blast in Poland showed some fragments of a Ukrainian S-300 missile, clarifying that Moscow had nothing to do with the blast and it was probably caused by Ukrainian air defence units firing at incoming Russian missiles.

Moscow also said that its nearest strike on Ukraine was 35 kilometres from the Polish border. The explosion in a Polish village near the Ukraine border killed at least two people.

In a statement, the Russian defence ministry said: “Photographs of the wreckage… were unequivocally identified by Russian military experts as fragments of a guided anti-aircraft missile of a Ukrainian S-300 air defence system.”

Russia also praised United States President Joe Biden and Washington’s “measured” response after the missile incident in Poland. In one of the first responses, Biden said it was “unlikely” that it had come from Russia.

Kremlin spokesman Dmitry Peskov told reporters: “In this instance, attention should be paid to the measured and more professional response from the American side.”

“As for the incident in Poland, Russia has nothing to do with it,” he added.

On the other hand, Poland’s President Andrzej Duda still says that it was “very likely” that the missile was from Ukraine’s air defence. He told reporters: “Absolutely nothing indicates that this was an intentional attack on Poland… It’s very likely that it was a rocket used in anti-missile defence, meaning that it was used by Ukraine’s defence forces.”

ALSO READ | ‘Today’s era must not be of war’: G20 declaration condemns conflict in Ukraine

Dedonder said in a statement: “The missile strikes in Poland last night are being fully investigated by our intelligence service, which is in close contact with NATO partner services.”

“Based on the preliminary information available, the strikes are most likely a result of Ukrainian anti-aircraft systems that were engaged to take Russian missiles out of the sky,” the statement added.

Emergency talks after the missile landed in Poland

When the reports emerged that a missile has landed in the Polish village near the Ukrainian border, there were speculations that it was fired from Russia.

But to determine the actual scenario, ambassadors from members of the NATO military alliance went into emergency talks in Brussels and also summoned Russia’s ambassador.

Claims and speculations underlined that strike could have been fired from Ukrainian anti-aircraft systems. The Ukrainian Foreign Minister Dmytro Kuleba earlier rejected the claims, terming them as a “conspiracy theory”.

News Next Desk - December 6, 2022 0
The NSAs of India and Central Asian countries on Tuesday called for collective action to combat challenges like terror financing, radicalisation, and use of...

News Next Desk - December 6, 2022 0
A few days back a video of Sharon Stone fangirling over Shah Rukh Khan at the opening ceremony of the Red Sea International Film...
%d bloggers like this: