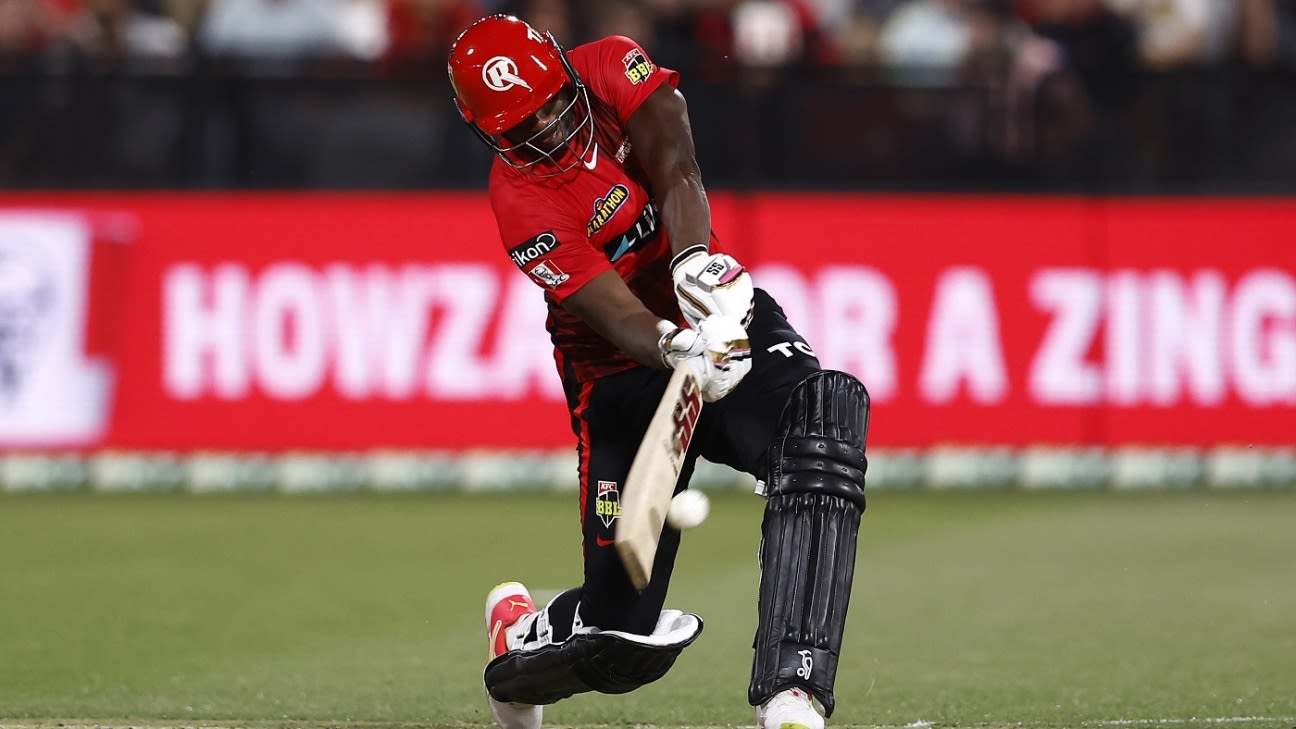 Michael Neser marked his BBL return with a hat-trick before a resurgent Melbourne Renegades rode an outrageous counterattack from Andre Russell to defeat Brisbane Heat once again.

On a tricky surface at Geelong’s GMHBA Stadium, Renegades were in major trouble in their chase of 138 after Neser’s heroics. But Russell turned the match on its head with 57 off 42 balls punctuated by six mighty sixes.

In a see-saw finish, continuing a string of tight finishes to start BBL12, a scratchy Aaron Finch held his nerve to hit the winning boundary in the final over as Renegades celebrated their third straight win to start the season.

Heat are winless having lost both their games to Renegades.

Neser returns to the BBL in style
Relieved of Test duties, Neser enjoyed his return to the BBL with a wicket first ball to dismiss Sam Harper, who flicked a leg-stump half-volley straight to the fielder inside the ring.

But there was nothing fortuitous when Neser found the perfect line and length to graze the edge of Jake Fraser-McGurk’s bat in the last ball of the first over.

With his next ball, in the third over, Neser bowled Renegades’ captain Nic Maddison, who chopped onto his stumps, before claiming a hat-trick in stunning style by rattling the stumps after Jonathan Wells didn’t play a shot.

Bowling with unrelenting accuracy, much like his impressive performance against West Indies in the Adelaide Test, Neser was unplayable until Russell dented his figures.

It might be a different format but Neser showed why he is unlucky not to be a regular member of Australia’s stacked pace attack in Test cricket. In a silver lining, he produced just the ninth BBL hat-trick.