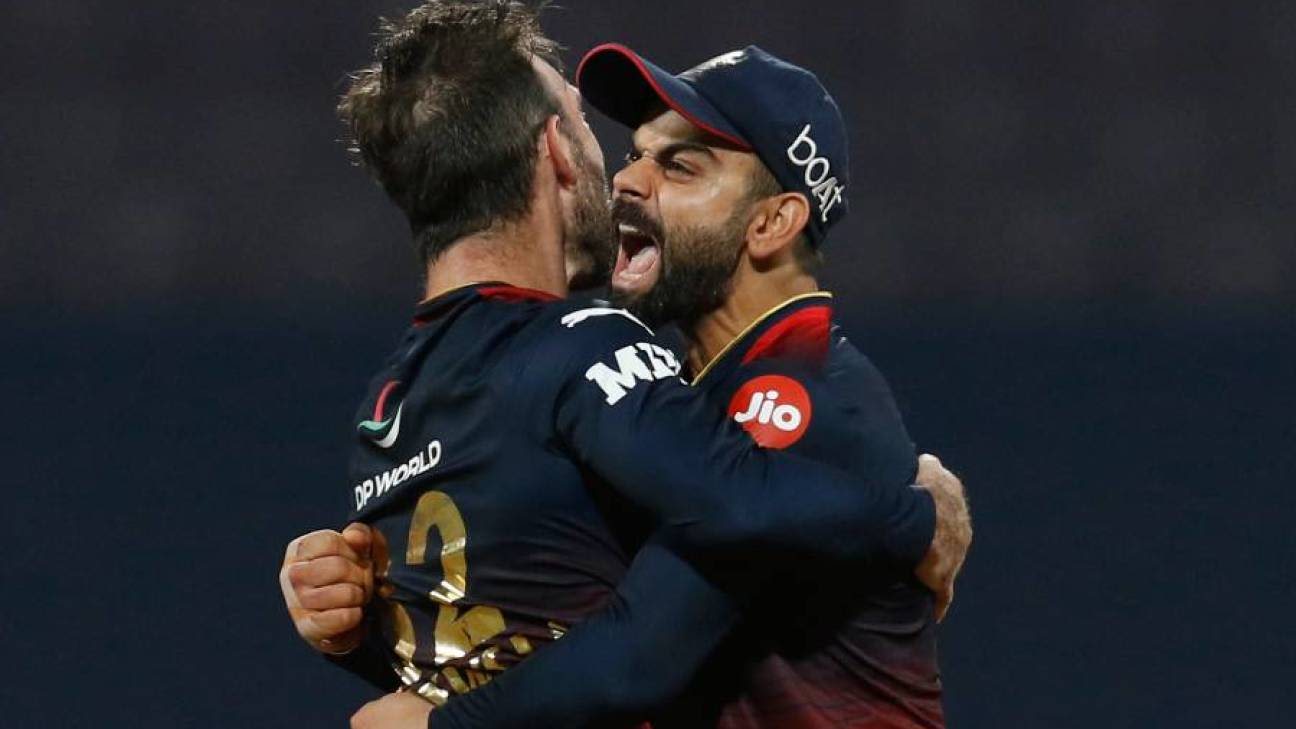 Royal Challengers Bangalore have won five of their last six matches after starting with a defeat. Sunrisers Hyderabad have hit back with four consecutive victories following two losses to begin with. Royal Challengers are placed second on the IPL 2022 table; Sunrisers are fifth from one game fewer. What better time, then, for them to face each other?

As returns of 8* (2), 26 (11), 55 (34) and 23 (11) suggest, Maxwell has been on the move even if for brief spurts. He has a strike rate of 193, despite facing just 55 balls so far. And while Kohli showed encouraging signs with a 41 not out to start the season, he has managed just 78 runs in the next six innings; in three of those, he has fallen for single-digit scores. Ravi Shastri, his coach with the national side till the other day, suggested recently that Kohli was “overcooked”; Kevin Pietersen said Kohli’s “brain was completely fried”. But only Kohli knows what it really is. What should help him is that he remains a certain starter for Royal Challengers.

As for Sunrisers, they don’t seem to be putting a foot wrong at the moment. It’s almost as if the two early defeats have woken them up from a slumber. They are yet to lose more than three wickets in a match since those games. All four victories have come while chasing, as they have hunted down totals with time, overs and wickets in hand.

In contrast to their opponents’ top-four troubles, Sunrisers’ entire top five has led them to four successful chases in a row, with at least two – if not more – significant contributions in each match.

Markram, in particular, has hit his stride, and unleased the T20 player inside him after a below-par summer for South Africa. Their second-highest run-getter after Tripathi, Markram has bashed 190 runs at a strike rate of 150 so far – that includes two unbeaten half-centuries – and has been dismissed only once in five innings.

And to back their batters’ efforts is the pace trio of T Natarajan, Umran Malik and Bhuvneshwar Kumar. While Natarajan provides the left-armer’s angle and the ability to nail yorkers, Malik carries the threat of pace, and Bhuvneshwar brings with him swing, variations and, most importantly, a lot of experience.

Although it may mean looking too far ahead considering the time and matches in hand, Sunrisers could turn out to be serious contenders for the title if they continue producing such all-round consistency in the upcoming matches.

Washington Sundar split a webbing in his right hand against Gujarat Titans, which ruled him out of Sunrisers’ following two games against Kolkata Knight Riders and Punjab Kings. Although coach Tom Moody had said after their win against Titans that the injury would probably take “a week or so to settle down”, there has been no official word since. If Washington makes the XI against Royal Challengers, then left-arm spinner J Suchith is likely to sit out.

The same unit has fetched Royal Challengers back-to-back wins, but top-order batter Rajat Patidar remains an option should they decide to bench the out-of-form Rawat.

Suchith for Washington has been the only change in Sunrisers’ line-up in the last four matches. With them having got a favourable result since then and Suchith having been tidy with the ball, it is unlikely that they would tweak a winning combination unless Washington is good to go.

Virat Kohli’s form is a cause for concern•BCCI

Across all T20s, Bhuvneshwar has got Kohli out thrice and kept him to a strike rate of 121, while Natarajan has dismissed him once while restricting him to 108. However, Kohli has faced only seven deliveries from Marco Jansen in the format, and has never faced Malik before. With Malik also consistently taking the speed gun high, expect him to cause some trouble to a momentum-seeking Kohli.

Meanwhile, Hazlewood got the better of Williamson’s opening partner Abhishek the only time they have faced each other, though Abhishek has rather enjoyed facing Siraj, whom he has picked for 24 runs off 16 balls without being dismissed. So don’t be surprised if Royal Challengers choose to have one of Maxwell or Harshal alongside Hazlewood with the new ball.

Himanshu Agrawal is a sub-editor at ESPNcricinfo