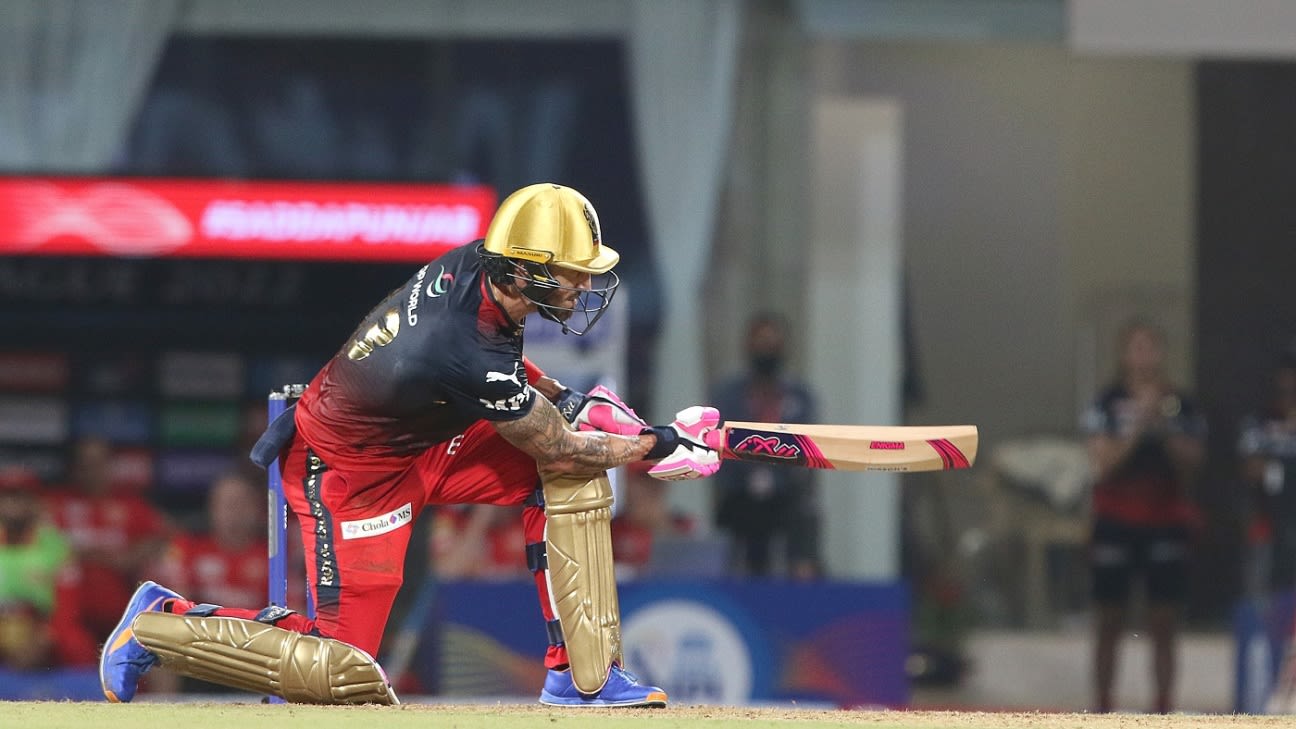 At the core of it all, the equation for Punjab Kings is pretty simple – they need to win their remaining games to stay in with a chance of making the playoffs. As for Royal Challengers Bangalore, they are already in the top four with 14 points, but their poor net run rate leaves them with less room to work with. They still need two wins to be assured of qualification.
In the IPL, Royal Challengers’ captain Faf du Plessis has not scored more runs against any other team than Punjab Kings; he has 702 runs in 13 innings against Kings and the next best is his 432 in 14 innings against Kolkata Knight Riders. True to the numbers, du Plessis hit a stroke-filled 88 against Kings earlier this season. As the season has progressed, Royal Challengers have fitted their jigsaw puzzle better.
In their last game against Sunrisers Hyderabad, four of the top five batters scored 30 or more while their bowlers, led by Josh Hazlewood, put on a clinical show. One of the key players in the past few games, the usual suspects aside, has been Rajat Patidar, who was brought in belatedly as a replacement player.