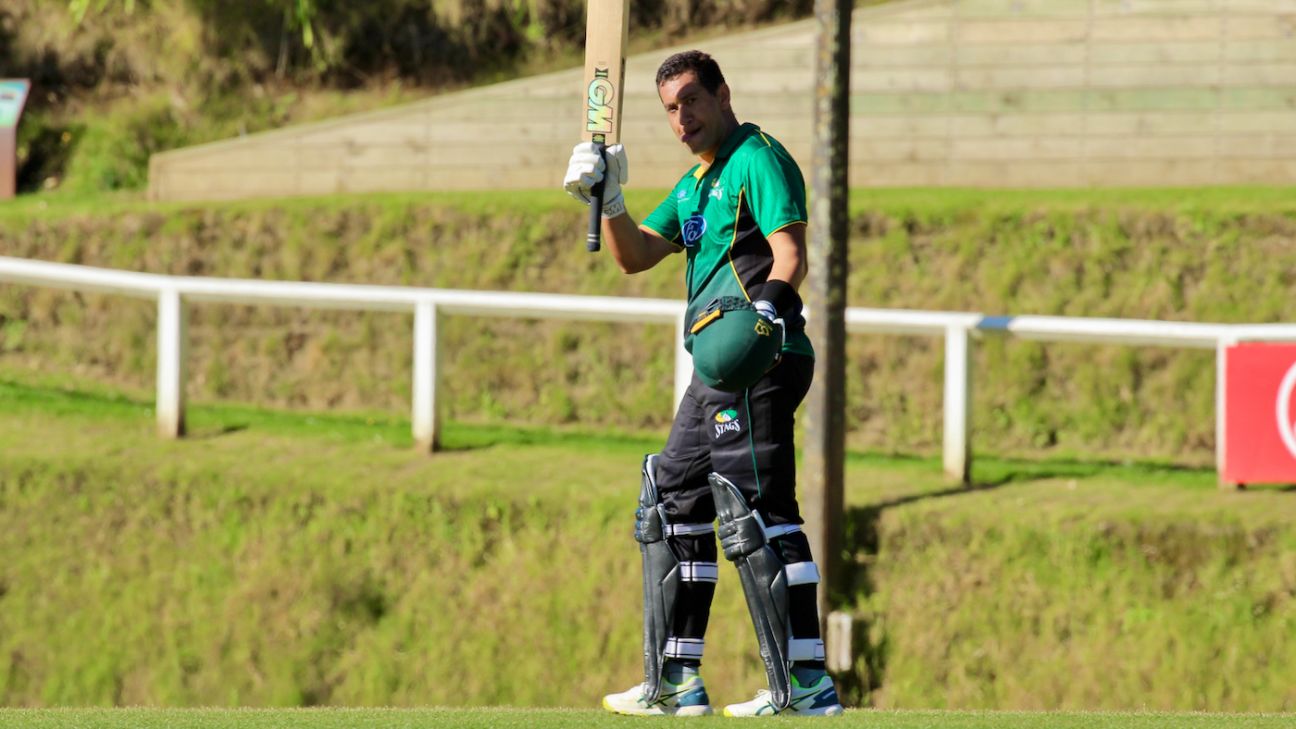 Ross Taylor is set to return to the Ford Trophy on Thursday for Central Districts’ first one-day match of the season. Taylor had retired from international cricket earlier this year but is still available for domestic games and is among the 13 names for Central Districts’ opening game against Otago.
This will be Taylor’s 20th season for Central Districts, the only team he has represented in New Zealand domestic cricket. He was their top-scorer last season on their way to the final with a tally of 279 runs at an average of 55.80 and a strike rate of 137.43, which included two half-centuries and a 49-ball hundred against Wellington.

“It was good to make the final last year, but hopefully we’ll go one better this year,” Taylor said. “I haven’t played for CD for a while after the BLACKCAPS retirement, so it’s nice to be back playing cricket in New Zealand again, and with a lot of team-mates whom I’ve played a lot of cricket with.

“One-day cricket was probably my best format in international cricket, so it’s nice to be playing some white-ball and Ford Trophy. I’m really looking forward to it.”

Taylor has been training with Central Districts in recent weeks after returning from India where he played in the Road Safety World Series and Legends League Cricket – two tournaments that feature retired international players – in September and October.

Will Young will lead Central Districts for the first six rounds of the Ford Trophy to give Tom Bruce a break, and Bruce will take over the captaincy for the Super Smash and the remainder of their Ford Trophy campaign.

News Next Desk - December 9, 2022 0
New Delhi: The TMC has written to the chief election commissioner, demanding an inquiry into the actions of the Gujarat Police over the arrest...

News Next Desk - December 9, 2022 0
The Chinese government decided to loosen its COVID-19 restrictions as part of the Zero Covid policy and the decision was lauded by global economic...
%d bloggers like this: