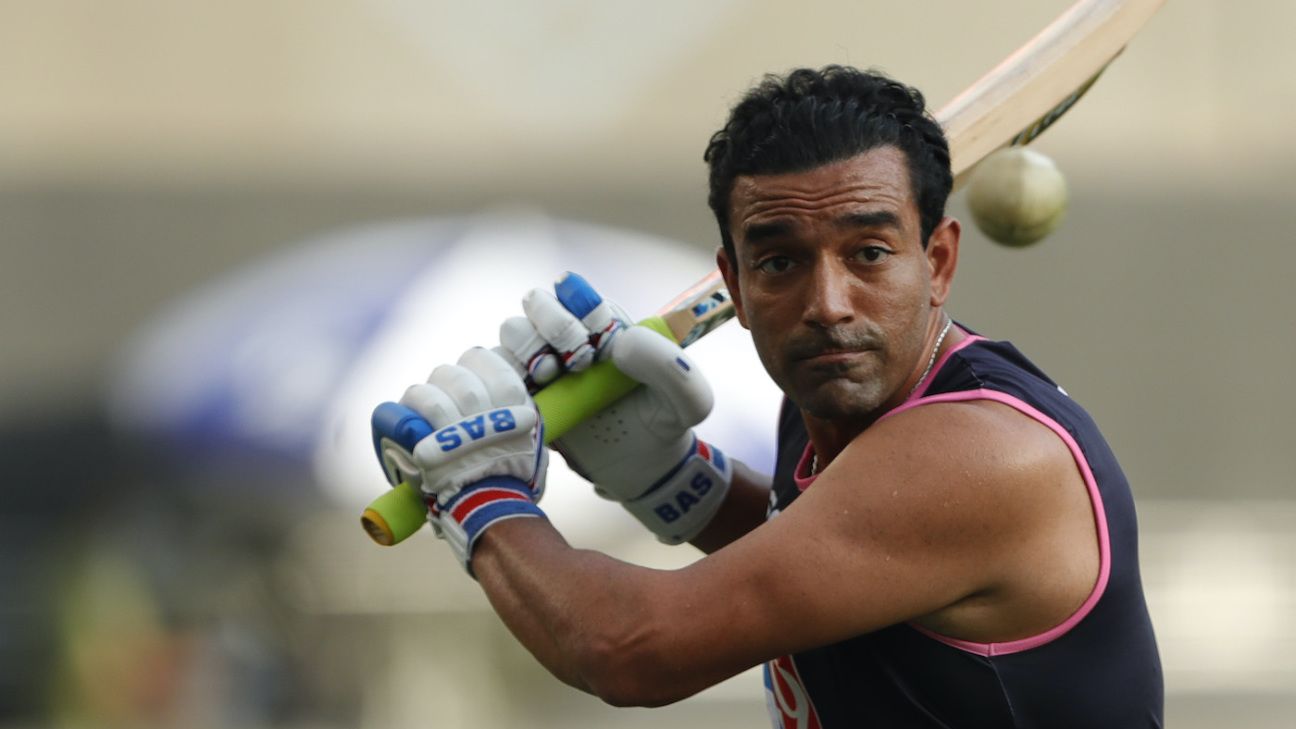 Former India batter Robin Uthappa, who retired from international and Indian cricket in September, will turn up for Dubai Capitals in the inaugural season of the International League T20 (ILT20) starting in the UAE in January. Uthappa is a direct signing by Capitals, who are one of the six franchises in ILT20, which is sanctioned by the Emirates Cricket Board.

Uthappa, 37, is one of the first high-profile India players to retire from Indian cricket to take up the opportunity to play in in overseas T20 leagues. Uthappa said he had wanted to play in overseas T20 leagues even as an active player in Indian domestic cricket and the IPL, but BCCI rules hadn’t allowed him to do so. The retirement from international and Indian cricket will allow Uthappa to fulfil that desire now and he is keen to feature in other tournaments like The Hundred, the Caribbean Premier League and the Big Bash League in the future.

“It is something I wanted to do [play in overseas T20 leagues]. Now that I have retired it gives me the opportunity,” Uthappa told ESPNcricinfo. “I consider myself a student of the game. So I will only be enriching my own knowledge and experience and information about the game when I go and play in different conditions in the world. Tomorrow if I want to be a coach, I should have some kind of stand when I am having a conversation with the lads. I believe all these experiences will add value to that.

“Basically, it has got to do with growing a lot more as a cricketer. Since I haven’t had the opportunities in the last few years to go outside of India and play in different conditions. I am hoping I will [now] to be able to go to different parts of the world and play the leagues, not just Dubai, even outside the subcontinent – hopefully South Africa next year, England (The Hundred), Australia (BBL) and the Caribbean (CPL). It gives me the access to improve myself, even try to grow my horizons as a human being as well, experience different cultures, places and people. All that will only add to my values as far as cricket is concerned irrespective of what I decide to do later on.”

Uthappa, who played 46 ODIs and 13 T20Is in an international career that stretched from 2006 to 2015, also played 205 IPL games, turning out for six different franchises over 15 seasons. He enjoyed a late-career flourish with Chennai Super Kings, playing a key role in their march to the 2021 title with a 44-ball 63 in the first qualifier and a 15-ball 31 in the final. He began the 2022 season with two fifties in his first five innings, but his form tailed away thereafter, as he got into double figures just once in what were to be his last six IPL innings.
The BCCI has not permitted active Indian players to take part in franchise leagues other than the IPL. The handful that have done so – Virender Sehwag in the T10 League, Yuvraj Singh in the Global T20 in Canada – have only been able to do so after announcing their retirements. Players have spoken about their desire to take part in overseas leagues; Suresh Raina, for instance, had suggested in 2020 that the BCCI allow players without central contracts to be able to explore overseas options, but the board has made no such move.
The topic became hotly debated recently after India’s semi-final loss at the T20 World Cup in Australia, with ESPNcricinfo experts Anil Kumble and Tom Moody suggesting that overseas exposure would help India’s players improve their skills in the format, but other noted names have disagreed. Current India head coach Rahul Dravid said allowing Indian players to play in overseas leagues would hurt India’s domestic cricket, since a number of tournaments including the BBL, the SA20 and the ILT20 clash with India’s home season. Former India coach Ravi Shastri and former India left-arm quick Zaheer Khan echoed Dravid’s views, with Shastri suggesting that young Indian players already get plenty of overseas exposure via India A tours.