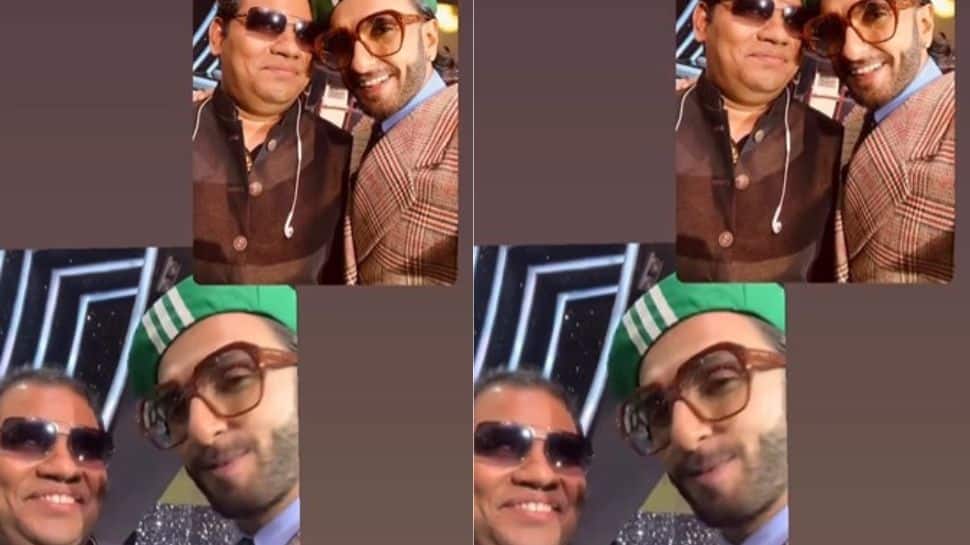 New Delhi: Superstar Ranveer Singh is a man with a golden heart who is known for spreading happiness and good vibes around him. The ‘Cirkus’ actor recently touched hearts while visiting the sets of the popular television singing reality show Indian Idol.

Ranveer was promoting his upcoming comedy entertainer ‘Cirkus’ on the latest episode of Indian Idol 13. During the break, the actor especially went up to the show’s visually-impaired flautist Mr Kiran Vinkar and chatted with him at length. In a sweet video, Ranveer is seen kneeling before Mr Vinkar and telling him how much he appreciated his performance during the show. The actor was delighted to find out that Mr Vinkar had worked on his 2013 blockbuster ‘Goliyon Ki Raasleela Ram-Leela’. With his trademark sweetness, Ranveer took a selfie with Mr Vinkar and even made a video for his wife who is a big fan of Ranveer.

The exchange left a big smile on Mr Vinkar’s face as he was touched by Ranveer’s warmth and generosity. It’s another example of why he is a true superstar and a lovely human being.

Meanwhile, on the work front, Ranveer Singh is all geared up for Rohit Shetty’s upcoming film ‘Cirkus’, the trailer of which dropped a few days ago. Apart from this, he will also be seen in Karan Johar’s ‘Rocky aur Rani ki Prem Kahani’ alongside Alia Bhatt and has wrapped up the films’ shoot.

Ranveer Singh made his debut in Bollywood with Yash Raj Films’ ‘Band Baaja Baaraat’ alongside Anushka Sharma and has delivered several hits since then.