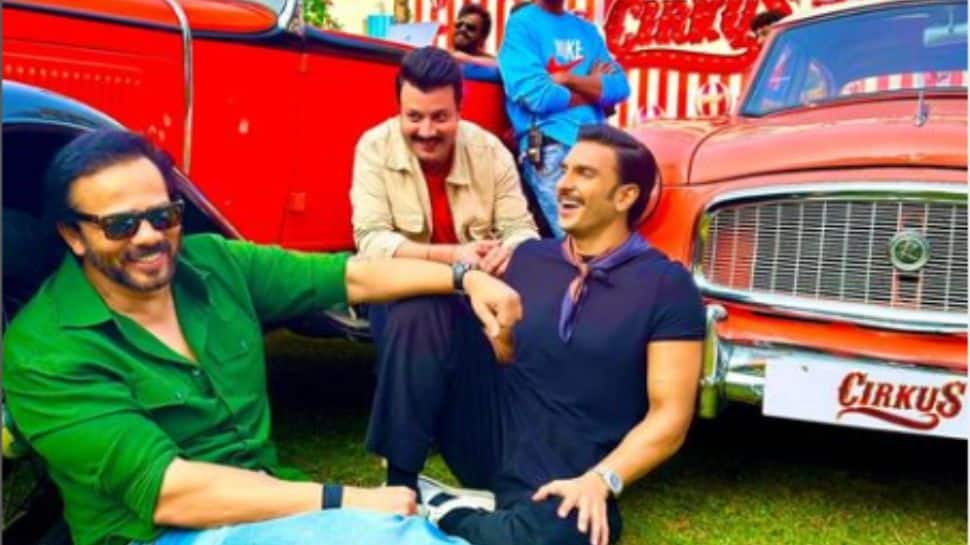 Singh is collaborating with Shetty for the third time after blockbusters ‘Simmba’ (2018) and last year’s ‘Sooryavanshi’. The film is based on William Shakespeare’s classic play “The Comedy of Errors”, which revolves around two sets of identical twins, who were accidentally separated at birth.

News Next Desk - December 3, 2022 0
An Assam government commission has stressed the need to clear encroached land of Satras (Vaishnavite monasteries) in the state and take steps for the...

‘India is a part of me,’ says Google CEO Sundar Pichai...

News Next Desk - December 3, 2022 0
Sundar Pichai one of the most renowned CEOs in the world has been awarded Padma Bhushan, one of India's highest civilian awards.India's ambassador to...

News Next Desk - December 3, 2022 0
The United States on Friday (December 3) unveiled B-21 Raider. It is a high-tech stealth bomber that can carry nuclear and conventional weapons. The...

News Next Desk - December 3, 2022 0
One doesn’t know where this rumour sparked off. Probably at an event where Paresh Rawal unknowingly blurted out Kartik’s name as part of the...

MP: Over 100 Fall Ill After Having Food At Wedding Party...

News Next Desk - December 3, 2022 0
New Delhi: More than 100 people fell ill after having food at a wedding function in the Dhamnod area of the Dhar district in...
%d bloggers like this: