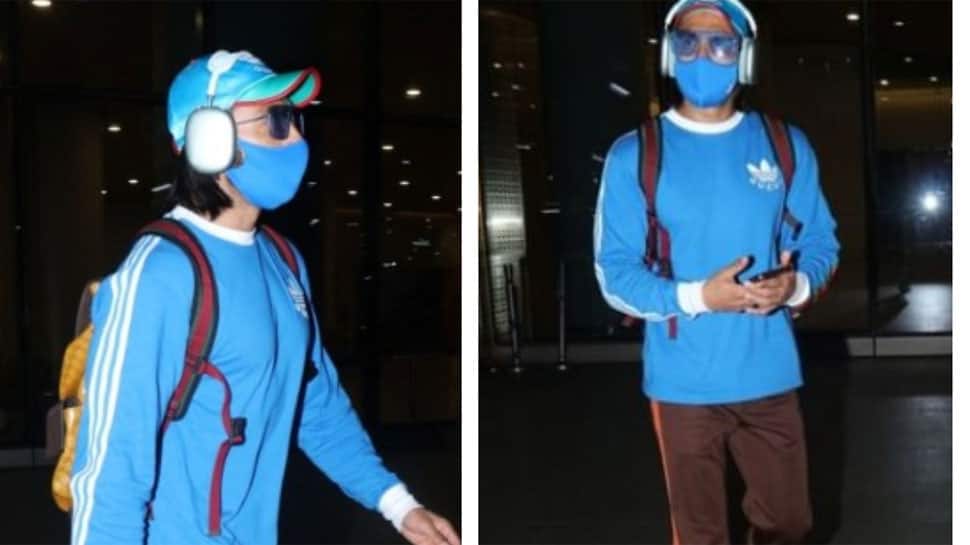 New Delhi: Bollywood actor Ranveer Singh was papped at the Mumbai airport today. The actor was seen in a blue sweatshirt which he paired up with brown casual pants. He also wore a matching mask with it.

However, his airport looks did not go well with his fans this time. The actor, who is known for his extravagant and over-the-top fashion sense left his fans in amazement as he adopted the casual and simple look.

“I can’t believe this is ranveer singhhh,” commented one user. “OMG he wear genuine clothes,” commented another.

The fans were quick enough to notice that the actor had paired up noise cancellation headphones with his blue attire. The actor went ahead without posing for the papparazzi, to which one of the fans took a jibe, saying, “Simple clothes Mein photo nahi khichwate Ranveer,” with a laughter emoji.

The actor who is famous for his fearless dressing sense, recently made headlines for doing a nude photoshoot.

On the work front, Ranveer Singh has wrapped up the shooting of Karan Johar directorial ‘Rocky aur Rani ki Prem Kahani’ opposite Alia Bhatt. It will be his first film with Dharma Productions. Apart from this, he is also gearing up Rohit Shetty’s upcoming film ‘Cirkus’ which is slated to release on Christmas this year. His last release was Yash Raj Films’ ‘Jayeshbhai Jordaar’ directed by Divyang Thakkar.