Home Entertainment Ranveer got nervous during his debut at Filmfare because of Amitabh Bachchan? 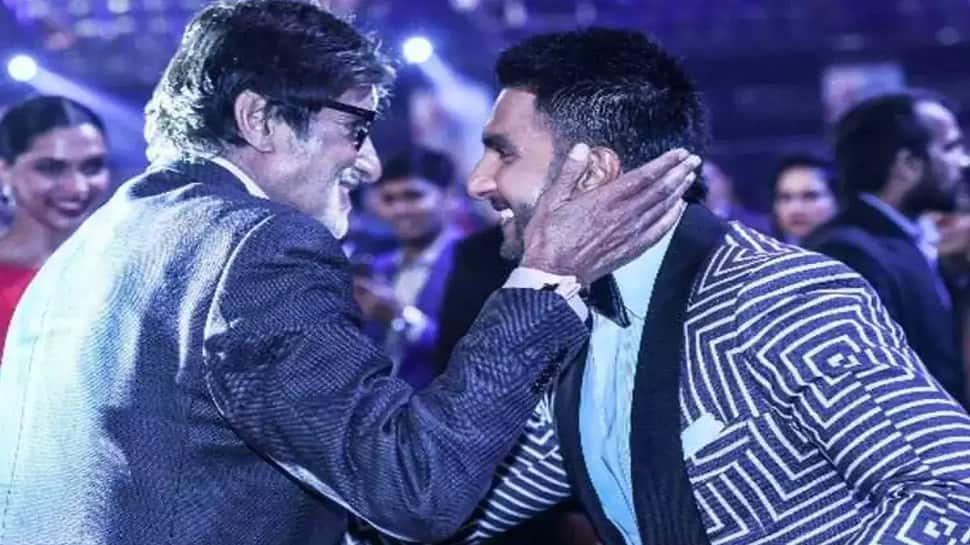 New Delhi: Trust Superstar Ranveer Singh to set the stage ablaze with his performance, words, and antics. And this time around expect nothing less as the actor is all geared up to don the hat of a host at the prestigious 67th Wolf777news Filmfare Awards 2022.

During the launch press meet, the actor expressed his excitement to host the event while remembering his memorable debut night at Filmfare Awards. He revealed how he got anxious and thrilled at the same time, in the presence of Amitabh Bachchan in the audience.

That’s not it. Ranveer also revealed that he won his first Black Lady for Best Actor for Bajirao Mastani, in the presence of his idol and inspiration, Amitabh Bachchan. Ranveer got emotional remembering that night. “I saw Mr Amitabh Bachchan sitting in the first row and clapping for me when I won the Best Actor Filmfare Award for Bajirao Mastani (pauses). I don’t have words to explain how much that meant to me,” he said.

The actor also shared about getting panicked and forgetting his steps in the presence of senior Bachchan during his first ever performance on Filmfare stage along with Anushka Sharma. They were performing on the track Tarkeebein from their debut film, Band Baaja Baaraat. He also received the Filmfare Award for Best Newcomer (Male) in the same year, that is in 2011. In his own words, “I will never forget that night. It was my debut so I was anyway tensed as hell. And, the first person I saw was my idol Amitabh Bachchan sitting in the first row and I completely forgot all my steps. It took me time to pick it up from there, I had no control over my senses,” he smiled softly.

Filmfare has a special place in Ranveer’s heart. The actor credits the Black Lady to have given him the validation that every newcomer dreams of, and the encouragement that motivates them to do better. “I would have been a different person, and my journey would have been different too if Filmfare did not give me the platform, validation and motivation. Every Filmfare nights since my debut year has been significant for me,” he added.

News Next Desk - January 27, 2023 0
Copitas, the swanky cocktail bar at Four Seasons Bengaluru, a promethean pillar of the hospitality industry, has yet again risen to prominence making the...

News Next Desk - January 27, 2023 0
The relationship between Pakistani cricket and politics has thrown up another candidate set to straddle the two, with fast bowler Wahab Riaz named as...

News Next Desk - January 27, 2023 0
Shotgun Wedding movie review: There is a dearth of good romantic comedy movies these days. While the genre flourished in the 1990s and early 2000s,...