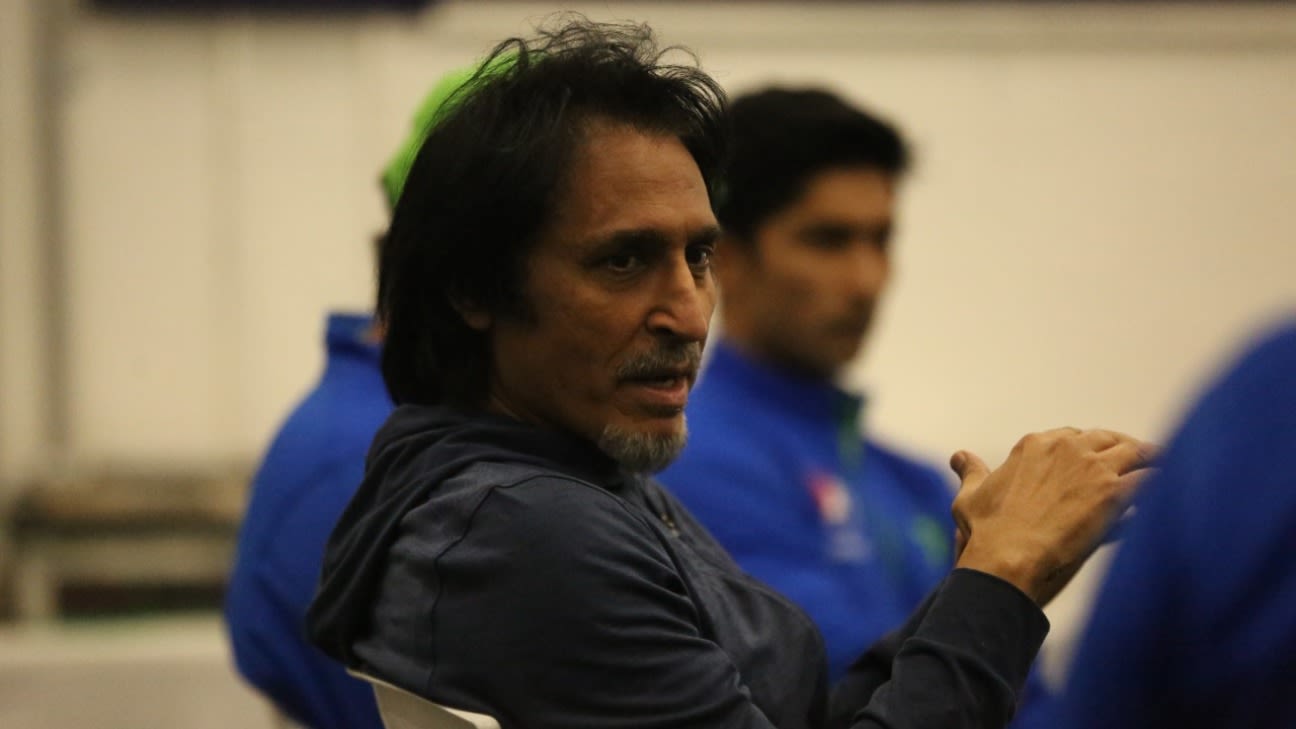 The stage is being set for the removal of Ramiz Raja as PCB chairman, with a strong possibility that he will be replaced by Najam Sethi, the former board head who resigned after Imran Khan became the country’s prime minister in 2018.
The process to do that, however, is legally complicated, though one of the ways it is possible is by bringing back the PCB constitution as it stood in 2014. That would also involve upending the current domestic cricket structure in the game, paving the way for a return of departments such as PIA (Pakistan International Airlines) and other banks to the domestic cricket scene. Those departments had been removed from the set up by Imran’s government.

The big, immediate change, however, would be the end of Ramiz’s tenure, ending a chairmanship that began in September 2021 on the premise that a former cricketer was best placed to handle cricket matters in the country. But his future has been uncertain almost since the day Imran and his government was ousted in April 2022 in divisive circumstances after a vote of no-confidence in the country’s parliament. That change is still playing itself out across the political spectrum of the country but, unusually, the impact on the PCB was negligible. Usually, with a change of government, a change of the board chairmanship administration is thought to be inevitable and immediate – a matter of when not if. But as the new government, with a vast coalition of several political parties, worked its way through the most pressing priorities in the country – not least a spiralling economic crisis – Ramiz stayed under the radar and continued in the position.

Since then, speculation that it is about to change has almost been constant, though it is only now that there has been movement at the government level, following a momentum gathered after Pakistan’s historic 0-3 loss to England at home, a run that now includes the Test side losing four Tests in a row at home for the first time in the country’s history and not having won any of the six home Tests played in 2022.

Ramiz has taken on a far more hands-on role with cricketing matters during his stint and as a result has been associated more closely with the team’s results than, for example, his predecessor Ehsan Mani. Weighed against that will be the fact that he has overseen the completion of two of the highest-profile visits to Pakistan in over a decade – – by Australia and England – and has been in charge when Pakistan have made the semi-final and final of consecutive men’s T20 World Cups and the final of the Asia Cup.

But there are obstacles as to how Ramiz can be removed. The Ministry of Inter-Provincial Coordination (IPC) confirmed to ESPNcricinfo that it has been working on a directive to restore departments to the game and bring back the 2014 board constitution on the directives of the country’s prime minister Shehbaz Sharif, also the board patron. It is also believed that the prime minister has a couple of names in mind – including Sethi – that he can appoint directly to the PCB board of governors, as is his prerogative. One of those appointees is usually elected as board chair – constitutionally, there is an election to become chairman, but in practice, this is a mere formality: the PM essentially appoints the chairman.

As it stands, the present PCB constitution – implemented in 2019 by Mani – does not have any provision that allows the PM/patron to withdraw or remove the sitting chairman. The only way a chairman can be removed is through a vote of no-confidence by the governing board, requiring a three-fourth majority. Generally, if the patron wants the chairman changed, it is unusual for the incumbent to stay on but it’s not clear whether Ramiz – who has not stated any desire to step down – is in the mood to resign. In 2018, when Imran was elected as prime minister, Sethi resigned, allowing Imran to bring in Mani. Similarly, Mani refused to take an extension last year after completing a three-year term, paving the way for Imran to nominate Ramiz. If Ramiz refuses to step down and there isn’t a vote of no-confidence against him, there doesn’t appear to be a clear process outlined in the constitution to remove him. One clause – 47 – does allow the sitting government to make amendments to the constitution as it stands, which could be the way into it.

Other than the chair, the major mandate by the government is to bring back departments which, in theory, would allow hundreds of players to return to the first-class pool via jobs in these departments. That change in domestic structure was insisted upon by Imran himself, who has, for long, wanted Pakistan’s domestic scene to replicate that of Australia’s – a provincial model, with six teams made up of Pakistan’s provinces playing in all tournaments.

But with Imran’s exit, a group of former board members has begun urging the government to go back to the previous domestic structure in which departmental teams such as WAPDA, SNGPL and PIA were part of the first-class circuit. The PCB has been criticised in different intervals for the move to abolish departmental cricket, with the move having rendered hundreds of cricketers jobless at a stroke. But it is worth noting that a number of department sides had shut down their sporting operations even before Imran’s charge and, in the current economic climate, there might not be much appetite for banks to hire a squad of cricketers.

Surrey bring in Sean Abbott for Championship and Blast

‘No expensive gifts for Athiya Shetty and KL Rahul’, clarifies the family – Times

Santner looks to channel Dhoni and Fleming in stern test of...

News Next Desk - January 26, 2023 0
New Delhi: The Bharat Parv was unveiled at Red Fort in New Delhi on Thursday evening by G Kishan Reddy, the Union Minister for...

News Next Desk - January 26, 2023 0
The US State Department said on Wednesday (January 25) that the sales of military equipment to foreign governments increased 49 per cent to $205.6...

Google Search with photo! Here is how to use Google reverse...

News Next Desk - January 26, 2023 0
Google reverse image search will let you locate the details of an image quickly. Just try this. Google Search with photo? Yes, it is very...

News Next Desk - January 26, 2023 0
Sanjay Dutt and Arshad Warsi, the duo of Rajkumar Hirani's popular Munna Bhai film series, are set to reunite for an untitled film.Dutt and...
%d bloggers like this: