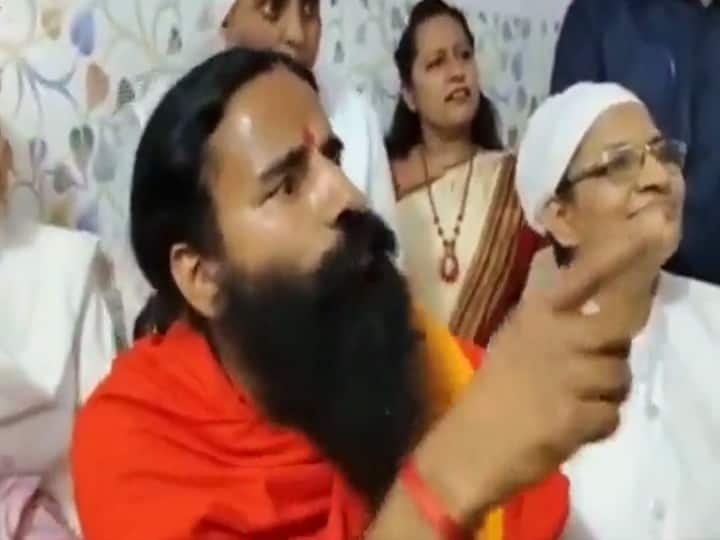 New Delhi: Patanjali Ayurved co-founder Ramdev lost his cool when questioned about his old statement about fuel prices during the Congress-led UPA government.

In a viral video, Ramdev lashed out at a reporter saying, “aage se pucchega toh theek nahi hoga (if you ask this question again, it won’t be good).”

As fuel prices rise, the reporter in the video can be heard asking Ramdev about an old statement, “You asked people if they wouldn’t want a government that gives them petrol at Rs 40 and gas cylinder at Rs 300.”

When pressed for a response, the agitated Patanjali founder says, “Tu koi thekedaar hai ke jo bhi puuch raha uska uttar dun (are you some sort of an official that I would be answerable to you).”

“Maine di thi aur ab nahi deta, kar le kya karega. Chup ho ja ab aage se pucchega toh theek nahi hoga (I gave that statement and I won’t respond now, you can do whatever you want to. Be quiet now, if you ask this question again, it won’t be good).”

[ABP News cannot verify the timestamp of the video independently]

The question was in reference to a 2014 interview where Ramdev claimed a study as stating that the basic price of petrol is only Rs 35, on which 50% tax is levied.

“Agar 50% ke jagah, 1% tax ho jayega to it’s only practical. Itna arthshastra to humne bhi pad rakkha hai (If taxes are reduced from 50% to 1%, then it’s only practical (for fuel price to come down). We have this much knowledge of economics.”

This video surfaces at petrol prices were on Thursday hiked for the 9th time in 10 days taking the total increase to Rs 6.40 a litre.

On November 3 last year, the Centre had cut excise duty by Rs 5 per litre on petrol and Rs 10 per litre on diesel to bring down the retail prices across the country. Following this, several state governments reduced Value-Added Tax (VAT) on petrol and diesel to provide relief to people.

However, the four-and-half-month long hiatus in rate revision ended on March 22 as the total increase in rates in the last 10 days reached Rs 6.40 per litre.

Petrol and diesel prices were on Thursday hiked by 80 paise a litre each. Petrol in Delhi now costs Rs 101.81 per litre as against Rs 101.01 previously while diesel rates have gone up from Rs 92.27 per litre to Rs 93.07, ANI reported.

Rates have been increased across the country and vary from state to state depending upon the incidence of local taxation.

News Next Desk - October 7, 2022 0
MUMBAI: Actor John Abraham on Friday announced his upcoming production 'Tara Vs Bilal' will hit the cinema halls on October 28. Directed by Samar...
%d bloggers like this: