Home Entertainment Raj Kundra keeps his mask game strong; netizens ask him to collaborate...
Shilpa Shetty’s husband Raj Kundra is in a league of his own, at least as far as face masks are concerned.

The businessman has been making several appearances around town, donning masks that cover his entire face. Not just that, despite the rising temperatures in Mumbai city, Kundra has been pairing his masks with matching hoodies while in public. 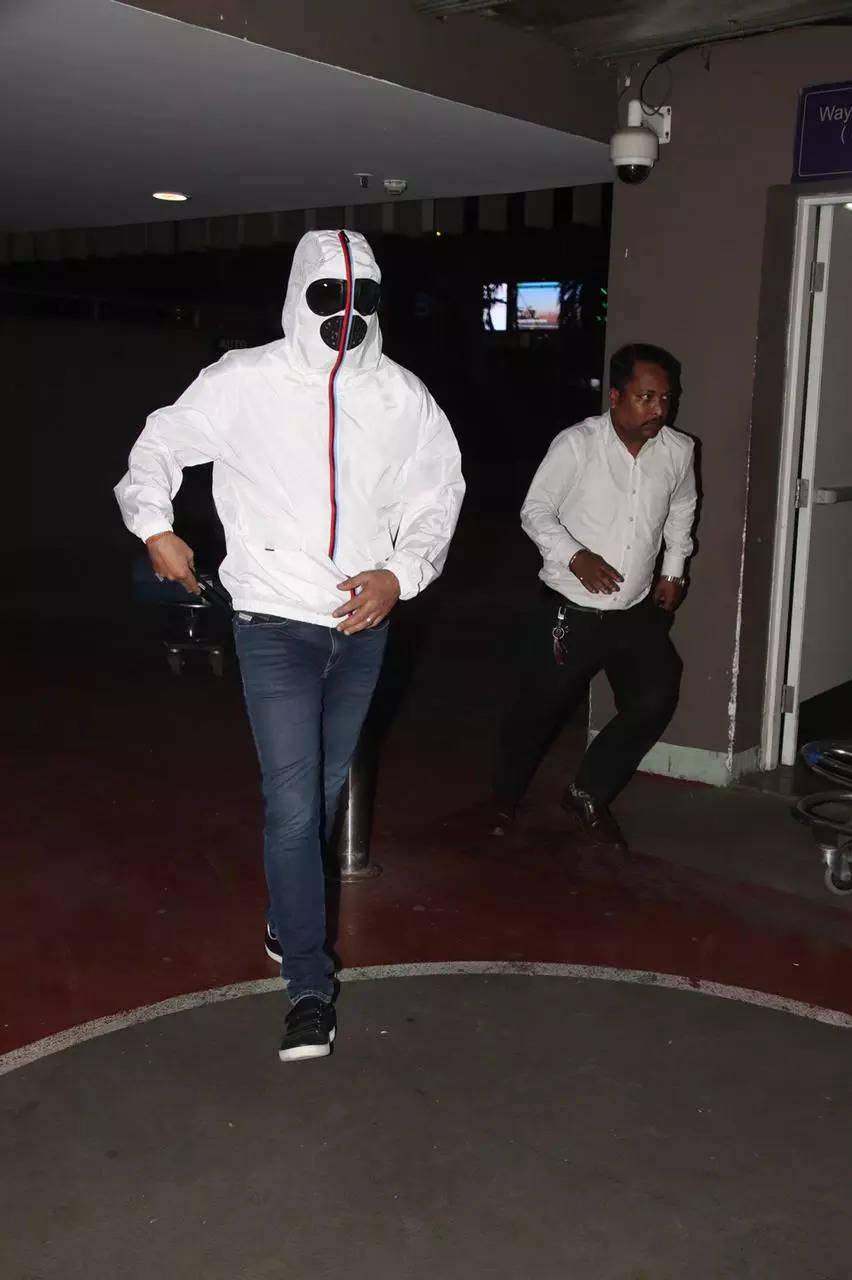 Last evening, Raj was spotted at the airport in a white hoodie and a black mask. This Saturday afternoon, he was spotted again, this time with his family out on a lunch date.

As always, the internet had a lot to say about his unusual choice of clothing. One social media user commented, “If he gets covid now, I will lose faith.”

Others called for a collaboration with actress Urfi Javed, who has been hitting the headlines for her revealing outfits. “Urfi Javed in Reverse” one commented, while another said, “Urfi ke saath Collab karna chahiye esko.”

Urfi made jaws drop on Friday, when she stepped out in a risque transparent outfit. The actress wore a transparent ensemble over a pink lingerie. Her appearance at a plush hotel set tongues wagging on the internet.