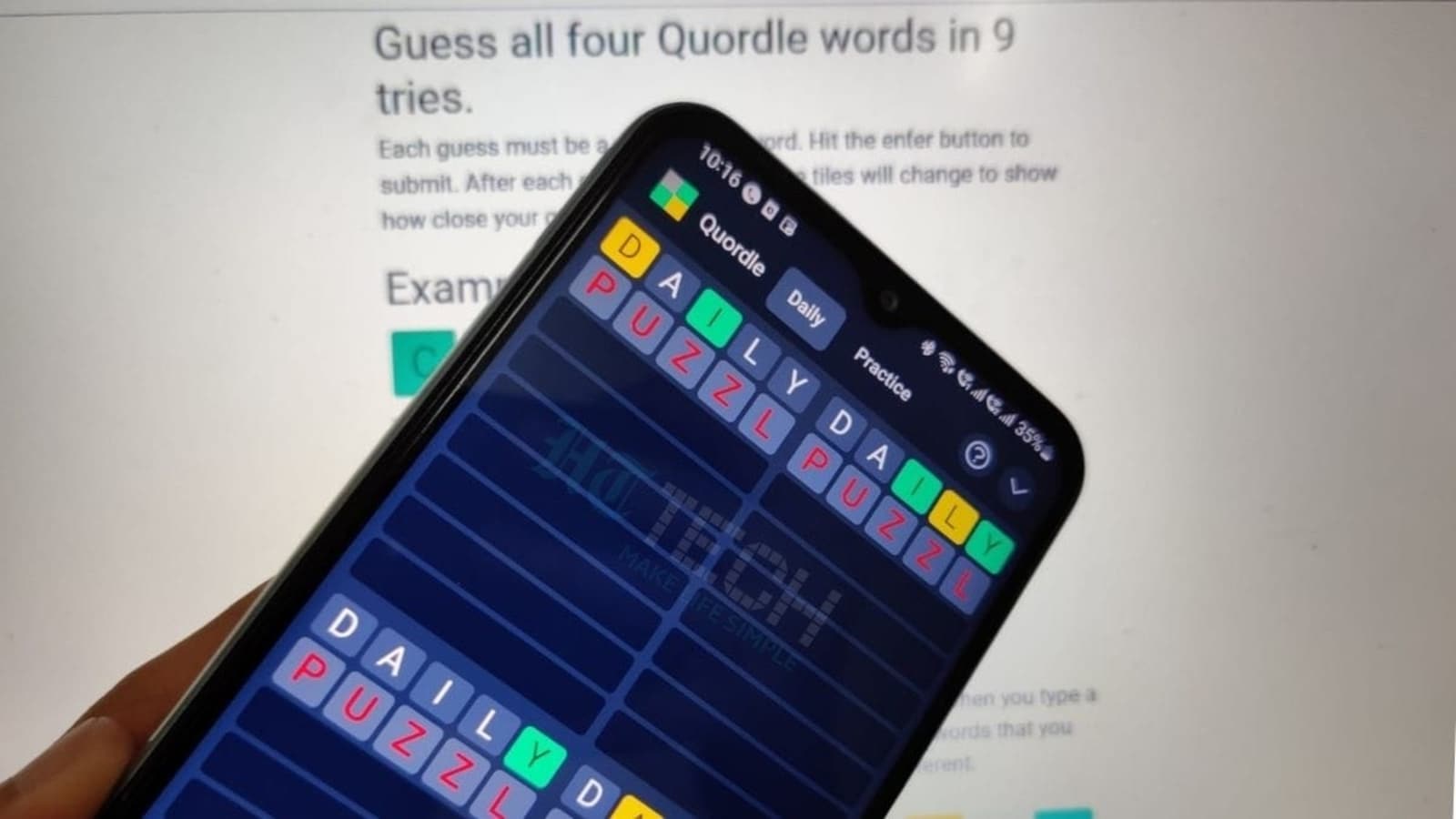 Quordle 300 answer for November 20: Three hundred days of puzzle have gone past and the game still finds a way to confuse us all. If you’re stuck today, use these Quordle hints and clues to get the solution.

Quordle 300 answer for November 20: On the three-hundredth day of Quordle, it is interesting to see the journey it has had so far. Created by Freddie Meyer as a more challenging version of the original game Wordle, this spin-off was released in late January. In its initial days, the game was troubled with bugs and usability issues, but once they were fixed, the game never looked back. More than six months later, it is still gaining popularity and gaining loyal fans every day. And on such a milestone event for the game, it would be such a shame if you lost your streak because of a silly mistake. To ensure that it doesn’t happen, we have brought to you Quordle hints and clues that will help you solve the game efficiently. And if that doesn’t help, scroll to the bottom for the solutions too.

If you thought that just because it is the 300th puzzle, Quordle would make it easy for you, then you thought wrong. Two of the words have repeated letters. But that aside, there are two obscure words in the puzzle as well. As long as you can deal with them, you should not have much to worry about. But if you do find yourself getting stuck, just refer to the clues below.

These are your clues. And if you notice carefully, we have revealed a couple of uncommon letters as well. Now just think about these for a moment and give the game your best attempt. And if you’re in need of more assistance, check the solution below.

SPOILER ALERT. Do not read ahead if you do not want the answer to today’s Quordle. You have been warned.

The four words in today’s Quordle are:

We hope you added another day to your streak on the milestone day of Quordle. Make sure to come back tomorrow for more hints and clues.

News Next Desk - December 6, 2022 0
New Delhi: Shah Rukh Khan’s son Aryan Khan is one of the most popular star kids today. While the handsome hunk had decided not...
%d bloggers like this: