Home Entertainment Quentin Tarantino calls ‘Once Upon a Time In Hollywood’ his best film,... 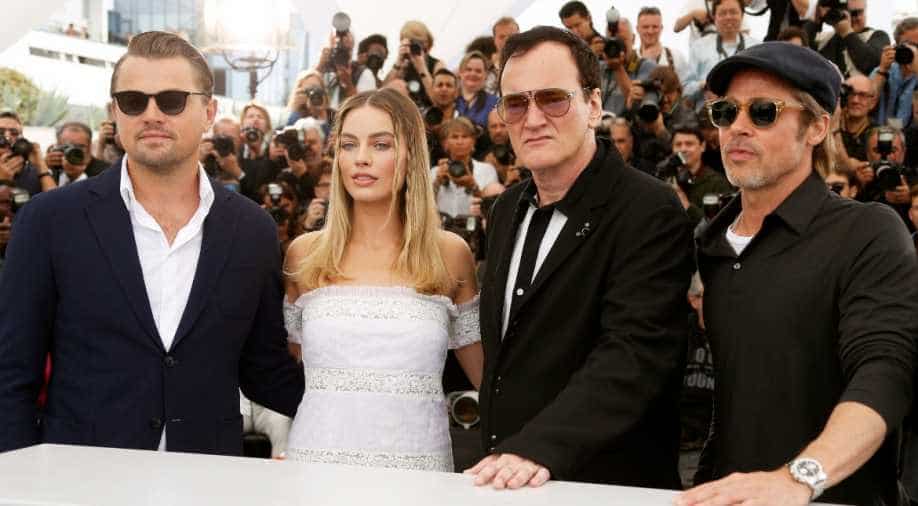 One of Hollywood’s most celebrated directors, Quentin Tarantino, has made many cult classic movies in his career. Recently, the filmmaker was asked to pick a movie, that he thinks is his best film. And, did you know which film he picked, it’s Brad Pitt and Leonardo DiCaprio starrer ‘Once Upon a Time in Hollywood’.

Quentin recently appeared on the SiriusXM show, where the famous host Howard Stern asked him to pick his favourite movie. Replying to this, Tarantino said, “For years people used to ask me stuff like that.”

And I would say something like, “Oh, they’re all my children. I really do think ‘Once Upon a Time in Hollywood’ is my best movie.”

Mel Gibson will no longer testify in Harvey Weinstein’s trial

The 2019 movie ‘Once Upon a Time in Hollywood’ was Quentin’s ninth film and earned rave reviews and 10 nominations, including best director and best picture, at the 92nd Academy Awards, with two wins.

I’m alive: Jimmy Fallon reacts to his death rumours on ‘The Tonight show’

Quentin has given many cult classic films in his decade-long career, like ‘Pulp Fiction,’ ‘Reservoir Dogs,’ and ‘Inglorious Basterds,’ among others. But, choosing ‘Once Upon a Time in Hollywood’ as his best word, has disappointed some of his admirers, who were quick to remind him of the best work he has given so far.

It’s probably my personal favorite Tarantino movie, but maybe not his overall best. Nothing will beat Pulp Fiction.

From his point of view I see it. But my favorite and what I think his best is, is Pulp Fiction. Inglorious Bastards is a very close second

Cause so many of us considers “Pulp Fiction” to be the very best film he’s made.

Set in 1969 Hollywood, it’s the fictional story of the fading stardom of hero Rich Dalton (Leo) and his stunt double Cliff Booth (Brad).

News Next Desk - December 4, 2022 0
Fortnite just wrapped up its most recent large-scale live event, and it was a strange one — even by Fortnite standards. The event, dubbed...

News Next Desk - December 4, 2022 0
The United States men's national team was eliminated from the World Cup on Saturday with a 3-1 loss to the Netherlands...

The new Last of Us trailer shows us what Ellie and...

News Next Desk - December 4, 2022 0
HBO’s official trailer for The Last of Us shows off the dynamic between Joel (Pedro Pascal) and Ellie (Bella Ramsey) as the two traverse...