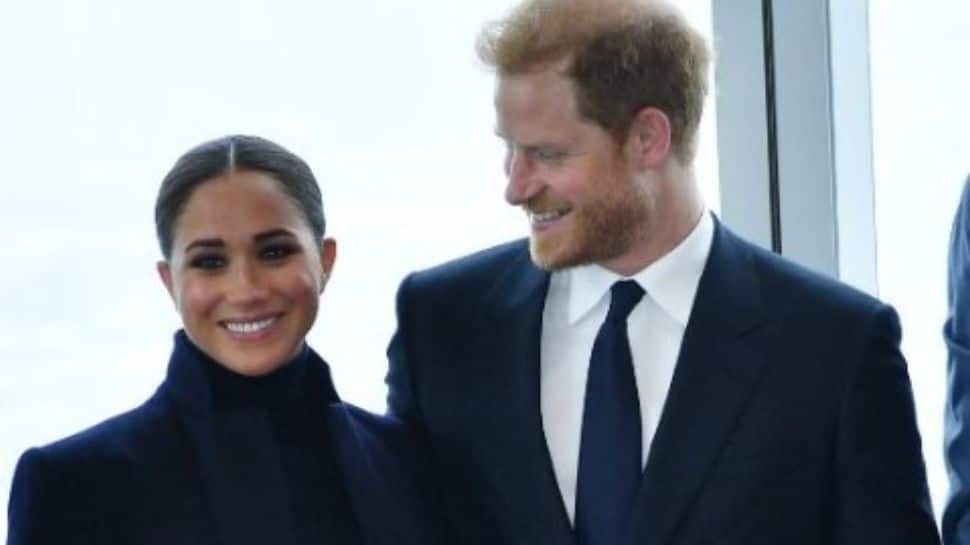 London: Quashing rumours of not sending an invite to Prince Harry and Meghan Markle for his coronation ceremony, King Charles III has extended an olive branch to them. Page Six, a US-based media house, has quoted a UK-based publication Daily Mail report according to which, King Charles has invited Harry and Meghan to his coronation ceremony which will take place on May 6, 2023.

According to Page Six, a source close to the UK-based publication told them that Charles informed the Duke and Duchess of Sussex that they are welcome to attend the historic ceremony at Westminster Abbey in London, despite the fact that invitations for the eagerly awaited event have not yet been distributed.”Harry is his son and His Majesty will always love him,” the insider said. “While things are difficult at the moment, the door will always be left ajar.”

Coincidentally, the coronation falls on Meghan and Harry`s son Archie`s birthday. “The date was chosen because it`s just before the state opening of Parliament and Charles will want to appear as King with his crown and the whole ceremonial (robes),” Tom Bower, author of “Revenge: Meghan, Harry, and the War Between the Windsors,” told Page Six in October.

While the new tell-all documentary series `Harry & Meghan` has created an uproar, this move by King Charles III only goes to say that he has taken the high road. In the documentary series, Harry opened up about his decision to move out of the UK after which he met his grandmother the late Queen Elizabeth, his father King Charles and his brother Prince William in Sandringham in January 2020. He revealed that they all decided to meet when Meghan left for Canada, prior to that they avoided any meeting. He further added that in the meeting his brother William shouted at him while his father King Charles III lied, and his grandmother watched all of it unravel, sitting there, staying mum.

“I went in with the same proposal I had made publicly. But once I got there, I was given five options. One is all in, no change and five is all out. I chose three, half in half out. Have our own jobs but also support the Queen. But it became very clear very quickly that goal was not up for discussion or debate,” said Harry. “It was terrifying to have my brother scream and shout at me and have my father say things that were simply not true. And my grandmother quietly sits there and sort of takes it all in. But you have to understand that from the family perspective, especially from hers, there are ways of doing things and her ultimate goal, mission, slash responsibility is the institution,” he added in the documentary.