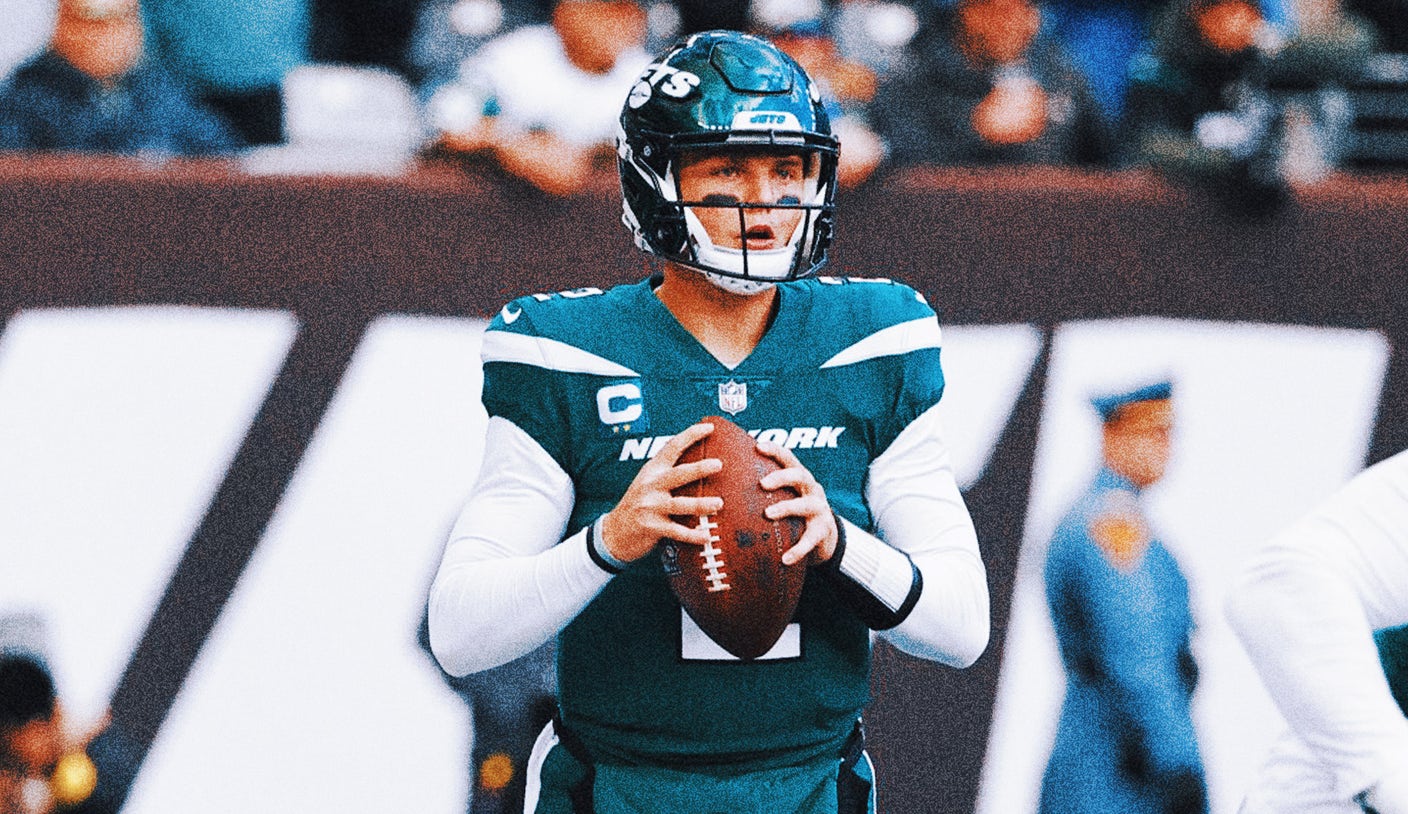 Garrett Wilson was clearly upset after a failed third-down conversion attempt in the third quarter of the New York Jets‘ 20-17 loss to the Detroit Lions last Sunday. The receiver threw up his hands in the direction of quarterback Zach Wilson, who misfired to Garrett Wilson on the play. The receiver then ripped off his chin strap in frustration on his way to the sideline.

You would have thought that Zach — not Garrett — was the rookie.

Zach Wilson might have put together a strong performance in the first half, but he fell apart in the second half, with issues throwing out of the pocket. When contained from scrambling, the Jets quarterback simply couldn’t throw the ball downfield.

Heck, he even struggled with swing passes. Offensive coordinator Mike LaFleur designed a beautiful swing pass that put receiver Braxton Berrios into the open field with one man to beat and plenty of room to run. Wilson threw the ball short due to pressure.

Add all that up, and I’m not buying the following quote from coach Robert Saleh in defense of Wilson, who is set to start against the Jacksonville Jaguars Thursday night with quarterback Mike White still dealing with a rib injury.

“The frustrating thing is that this kid’s going to be a good quarterback,” Saleh said of Wilson. “The NFL and this new instant-coffee world that we’re in just does not want to give people time. So, we look at him, and he is just nitpicked with a fine-tooth comb, everything he does.”

Wilson spent the past few weeks in reset-mode as the team’s third-stringer, but that didn’t seem to change the way he’s playing quarterback. And we’d be foolish to think that it would change him. He’s a quarterback who needs an offseason — maybe multiple offseasons — to truly reset his bad tendencies.

For now, he seems to be the exact same player he was before getting benched. He simply cannot read defenses at an NFL level. And so he struggles with poor decision-making and brutal inaccuracy. That inaccuracy only got worse in his return.

Against the Lions, Wilson’s off-target percentage was 35.3%, which was worse than his performance that got him benched against the Patriots (35.0%), per ESPN Stats & Info.

There were moments of brilliance — thanks in large part to OC LaFleur putting Wilson on the move out of the pocket. When LaFleur got Wilson rolling out and throwing on the run, big plays happened. Wilson enjoyed a really nice first half.

He hit long plays of 50 yards, 40 yards and 33 yards. His throw to tight end C.J. Uzomah was a masterpiece, with Wilson rolling left and Uzomah fading right. It’s exactly the type of throw that the Jets drafted Wilson to make — because he is one of only four or five quarterbacks who can make that throw.

But after seeing Wilson gash Detroit by using his mobility, the Lions made a point of containing him in the pocket. And all the quarterback’s problems came screaming back — including on an inexplicable interception early in the third quarter. He locked onto his receiver and completely disregarded his reads.

“Bad decision,” Wilson said after the game. “I was trying to locate Garrett across the middle, I had [Elijah] E. Moore on the outside, floated one, the corner did a good job of coming back and getting it. But I forced it; I shouldn’t have thrown it.”

Zach Wilson’s accuracy and processing issues were what frustrated Garrett Wilson so much in the second half. The rookie receiver was getting open. Detroit’s pass defense is third-worst in the NFL, allowing 263.4 passing yards per game prior to Week 15. If there was any defense Zach Wilson should have been able to beat, it was this one. And he didn’t.

That doesn’t bode well for the Jets, who are already on the outside looking in on the playoff bubble.