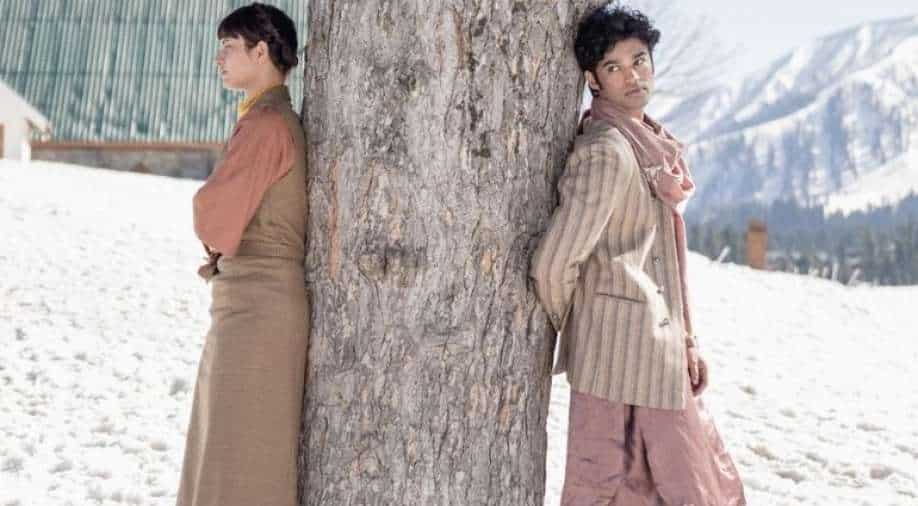 Tripti Dimri plays a famous Indian playback singer who is plagued by her past in filmmaker Anvitaa Dutt’s psychological drama ‘Qala’. OTT platform Netflix dropped the first trailer of the film on social media on Tuesday night.

It shows Qala`s(Dimri) tragic past and the ways in which it catches up with her, causing her to unravel at the peak of her hard-earned success. But the beginning and end of her spiral is her relationship with her mother, the pathology of her upbringing, and the neurosis it leads to.

But the beginning and end of her spiral is her relationship with her mother, the pathology of her upbringing and the neurosis it leads to. In the trailer, Triptii as Qala showcased her art of singing and how she is reaching the peak of her career. When her career was at stake due her personal life and bond with her mother, played by Swastika Mukherjee. Then, Babil Khan enters as Qala`s new competition in the form of Jagan.

This is Anvitaa Dutt’s second film with Tripti Dimri, Netflix and CleaSlate Filmz. The team worked together in 2020 in ‘Bulbull’.

Talking about the film, Anvitaa Dutt, Director, said, “To have my second directorial venture with Cleanslate Filmz and Netflix feels wonderful. Qala is an emotional story set in the world of music. It is about a mother-daughter relationship, the pressures of fame and what it can do to you. The trailer is a small glimpse of what is to come and I am looking forward to audiences immersing themselves into Qala`s world on December 1st. Our brilliant cast and crew have seen our vision through while crafting this project. We truly hope to entertain viewers across the world through the world of Qala.”

Cleanslate Filmz Producer, Karnesh Ssharma added, “Teaming up once again with Anvitaa Dutt and Netflix on Qala is very exciting for us at Cleanslate Filmz as we gravitate towards unique and poignant stories. Like a song, the trailer rises, falls and reaches a crescendo, taking the viewers along into Qala’s life, her career and her thoughts. This is a very special film as it relays a strong underlying message which we strive to amplify to the global audiences in over 190 countries through our leading streaming partner Netflix.”

News Next Desk - December 7, 2022 0
In a significant move, China scrapped most of its controversial Covid rules Wednesday, signalling a departure from the country's strict zero-Covid approach. This comes...

HP Results 2022 Live Streaming: Where & How To Watch Himachal...

Florida beach chucks up a weird 80 feet object, what it...

News Next Desk - December 7, 2022 0
Florida is notorious for strange happenings, from fearless residents battling gators to wacky plans of "shooting down" hurricanes, the internet is full of at...

Sikandar Kher and Sushmita Sen are all set for ‘Aarya 3’;...

News Next Desk - December 7, 2022 0
After two successful seasons, the makers of Sushmita Sen and Sikandar Kher starrer 'Aarya' are all set for the third instalment of the popular...

‘I lost my arm and leg in an accident on the...

News Next Desk - December 7, 2022 0
A woman from Camden who lost her right leg and arm after being run over by two London Underground trains at a north London...
%d bloggers like this: