Home Opinion Putin’s Trade-Off Pays Off: Why Turkey is Snubbing The West For Russia 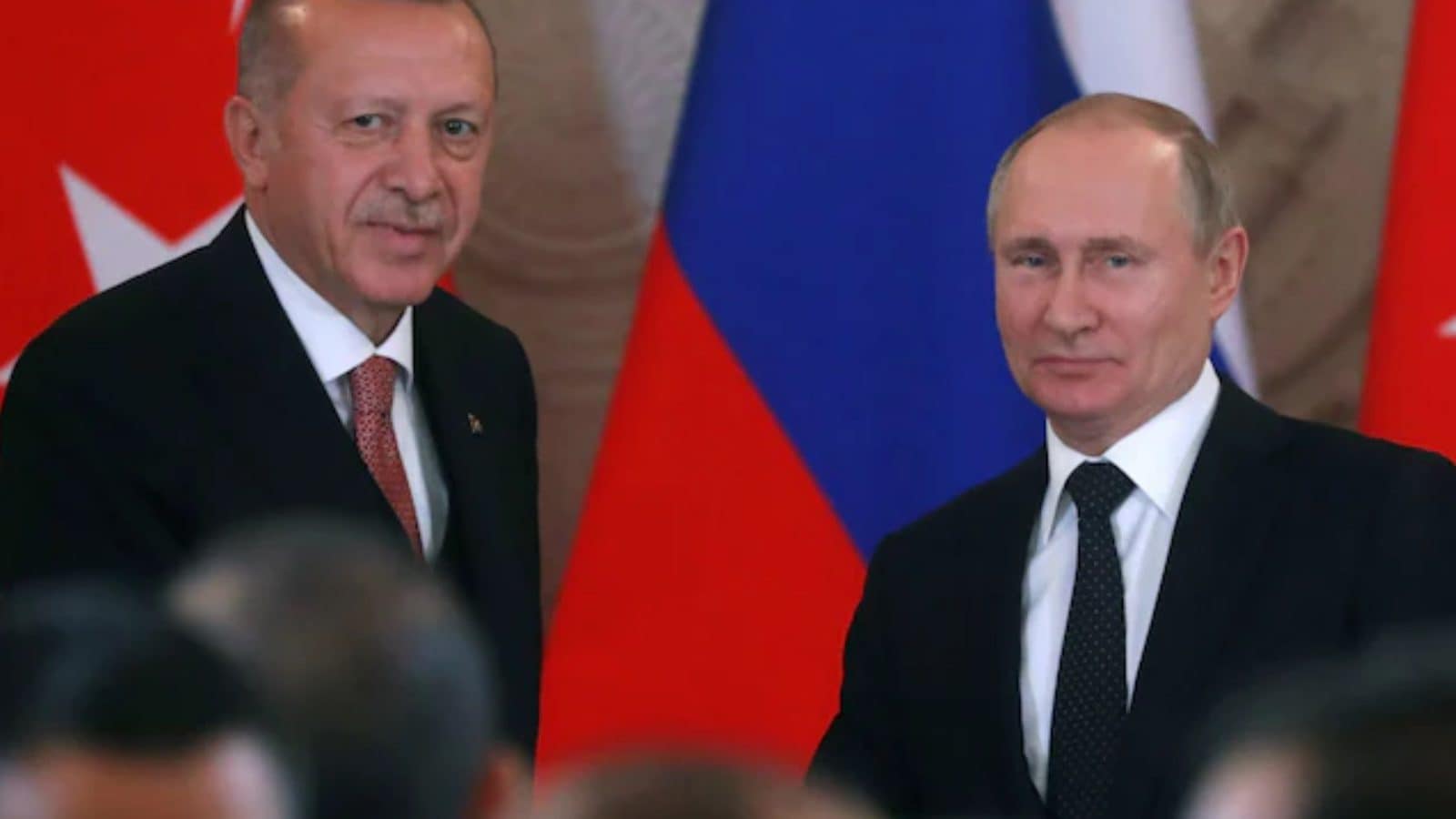 Russia’s war on Ukraine and the sanctions-heavy fallout with the West have sent out a volley of stray bullets that nations around the world are actively trying to dodge. To balance between the US-led West and Russia may seem close to impossible but that has not stopped some countries from trying. India is one such power that has demonstrated that it is possible to keep relations with Russia without taking a stray bullet from the West but it is not the only country maintaining a tight balance and staying out of the ballistic trajectory of both sides. Turkey is also playing “neutral” albeit in its own way. Unlike India, Turkey is closer to the West— in that it is a Nato member and faces even stronger obligations to walk toe to toe with leading North Atlantic powers, but so far it has manoeuvred against the West’s importunities far too interestingly and unpredictably revealing Putin’s calculated trade-off. Most recently, Ankara has accused Western countries of seeking a prolonged war in Ukraine to weaken Russia.

Straddling both Europe and Asia, Turkey lies in the thick of major geopolitical battles across the region. Ankara also controls the two crucial straits— the Bosporus and the Dardanelles, which serve as the region’s gateway between the Black Sea and the Mediterranean. As Russia attacked Ukraine and earmarked Ukrainian port cities to cut the nation off from the Black Sea, the stakes were raised for Turkey. Throughout history, Russia and Turkey have competed for dominance in the Black Sea. Various Russo-Turkish wars have been fought over it. Yet, this time, even as Russia attempts to engulf Ukraine’s Black Sea coast, Turkey, a Nato member, has maintained composure, stuck to ties with both sides and has attempted to mediate between the warring nations. It voted against Russia at the UNGA, because it had nothing to lose there, but it has not obeyed its Nato allies’ calls to jump in on the sanctions bogey against Russia and is dealing with Russia in a relatively independent manner, much to the chagrin of western commentators, who want Turkey to fall in line.

Ankara has accused Western countries of seeking a prolonged war in Ukraine to weaken Russia.

Independent of the West

Ankara has a different view from these commentators. It believes that it has not benefitted as greatly from the West as it would have wished. Turkey’s recurring fracas with fellow Nato member Greece over the Eastern Mediterranean waters has divided Nato with most members siding with Greece. Recep Tayyip Erdogan’s belligerent frame of mind has soured relations with the US and Western Europe. Currently facing American sanctions for buying the Russian S-400 Triumf anti-missile systems, Turkey would not just obey for nothing substantial in return. In fact, if Turkey could find some success in mediating between Russia and Ukraine, it would demonstrate its leverage in the region. The fact that France’s Macron failed to reason with Putin and Turkey’s back channels with Russia proved to be more effective as Turkey initially hosted the foreign ministers of Russia and Ukraine in Antalya, shows that leverage.

With Ukraine, Turkey has strong defence ties. Its lethal TB2 or Bayraktar drones are a sensation in Ukraine for they have played a great role in resisting the Russian advance. In fact, even before the invasion, Ukraine was using the Bayraktar drone in the Donbas region against Russia-backed insurgent militias reaching a flashpoint with Russia. While it abhors Turkey’s drone exports to Ukraine and its often-expressed support for Ukraine’s claim on Crimea, Russia has not fallen out with Turkey the way one would expect. Instead, the two nations have shown a surprising level of understanding of each other’s positions. Russia has not strongly protested, not publicly at least, that Turkey plans to stick to the Montreux convention through and through, blocking Russian warships from entering the Black Sea through its straits. Turkey, on the other hand, continues to be the second-largest buyer of Russian gas in Europe after Germany. It has also refused to impose sanctions on Russia, has thrown its doors open for Russian oligarchs to park their superyachts in Turkish waters and their money in Turkish banks and real estate and most recently, its foreign minister, Mevlut Cavusoglu, has remarked in an interview with CNN Turk that there are countries within NATO who want a protracted war to make Russia weaker.

Turkey has refused to impose sanctions on Russia and has thrown its doors open for Russian oligarchs to park their superyachts in Turkish waters and their money in Turkish banks and real estate.

This is all the more surprising because Moscow and Ankara’s geopolitical goals are inherently at odds with each other. When the Muslim Ottoman Turks took Constantinople (modern-day Istanbul), the seat of the Eastern Orthodox Church moved to the Russian empire with its leaders inheriting its legacy, giving a religious, civilisational hue to the many Russo-Turkish wars that followed. Turkey has also been seen by Western powers as the key to blockading Russia. Centuries of competition in the Black Sea aside, both nations today are at loggerheads in Libya, Syria and even Azerbaijan which is at war with the Armenians of Nagorno-Karabakh. In fact, despite Armenia’s calls, Russia, which has for centuries allied with the Armenian minority against Turkish oppression, has played toothless in the war that started in September 2020. This initially seemed to be a remarkable feat of restraint on the part of Vladimir Putin but turns out, there was a bigger scheme that he was investing in by not escalating the situation with the erstwhile Soviet country of Azerbaijan and its close ally Turkey. Now, Turkey is paying off that favour with its “neutrality” and Azerbaijan is cooperating with Russia on energy exports to Europe. In other words, Baku is staying out of Moscow’s way by not eating into its share of the energy business in Europe. This agreement was in fact done just two days before Russia launched the invasion of Ukraine and it is no coincidence. Putin had indeed prepared to prevent a European embargo on Russian gas.

Despite having all the reasons to remain traditional enemies, Turkey and Russia have decided to converge on matters against the West and are strengthening economic ties with Turkey letting in more and more Russian citizens and Russian money, and increasing imports too. It remains a thorn in the flesh for Nato, and especially the United States, but as far as browbeating Erdogan’s Turkey is concerned, the ship has long sailed.

Also Read:
1. Why No Amount of Sermons or Threats From The West Will Faze India’s Ties With Russia
2. Stonewalling The US President: Why Saudi Arabia and UAE Made Biden Grovel For Oil
3. As India Buys Russian Oil, Can The US Really Lecture India on its Place in History?