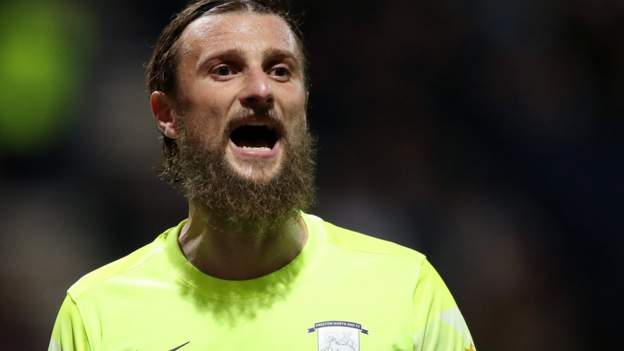 Preston goalkeeper Declan Rudd has announced his retirement at the age of 31 because of a knee injury.

Rudd made 196 appearances for the Championship club across three spells.

Preston said he had undergone “several” operations on the knee over the past 18 months to try to enable him to return to regular football.

“I’ve known for a while now so I’ve had a bit of time to let it sink in, but I wouldn’t say I’ve quite come to terms with it,” Rudd told the club website.

“It’s a big thing that was always a possibility but one I hoped wouldn’t happen. Everybody wants to finish on their terms and I thought that I still had my best playing days to come, but unfortunately it’s stopped too early.”

Rudd will be presented on to the pitch at Tuesday’s home game with Lancashire rivals Blackpool to say goodbye to supporters.

“The worst thing is I haven’t had the chance to say bye to the players, the staff or the fans yet, so it’ll be nice to get back to Deepdale,” he added.

“The last time I played at Deepdale was for the Liverpool game in a full house, so it’s not a bad game to have as your last appearance, but it’ll be nice to go back there to thank everyone because they’ve all been brilliant with me, the fans especially.”

Rudd made four appearances this season. He was forced off with concussion in the opening day defeat by Hull City before making three starts in the Carabao Cup, with his last game ending in a 2-0 defeat by Jurgen Klopp’s side in October.

He started his career with Norwich and had two loan spells with Preston and one at Charlton before joining North End on a permanent deal in July 2017.

News Next Desk - October 7, 2022 0
New Delhi: Internet sensation from Tanzania, Kili Paul, who is known for lip-synching Indian songs with his sister Neema, is quite popular on social media. He...
%d bloggers like this: