Home Sports Ponting: ‘Warner deserves the chance to finish the way he wants to... 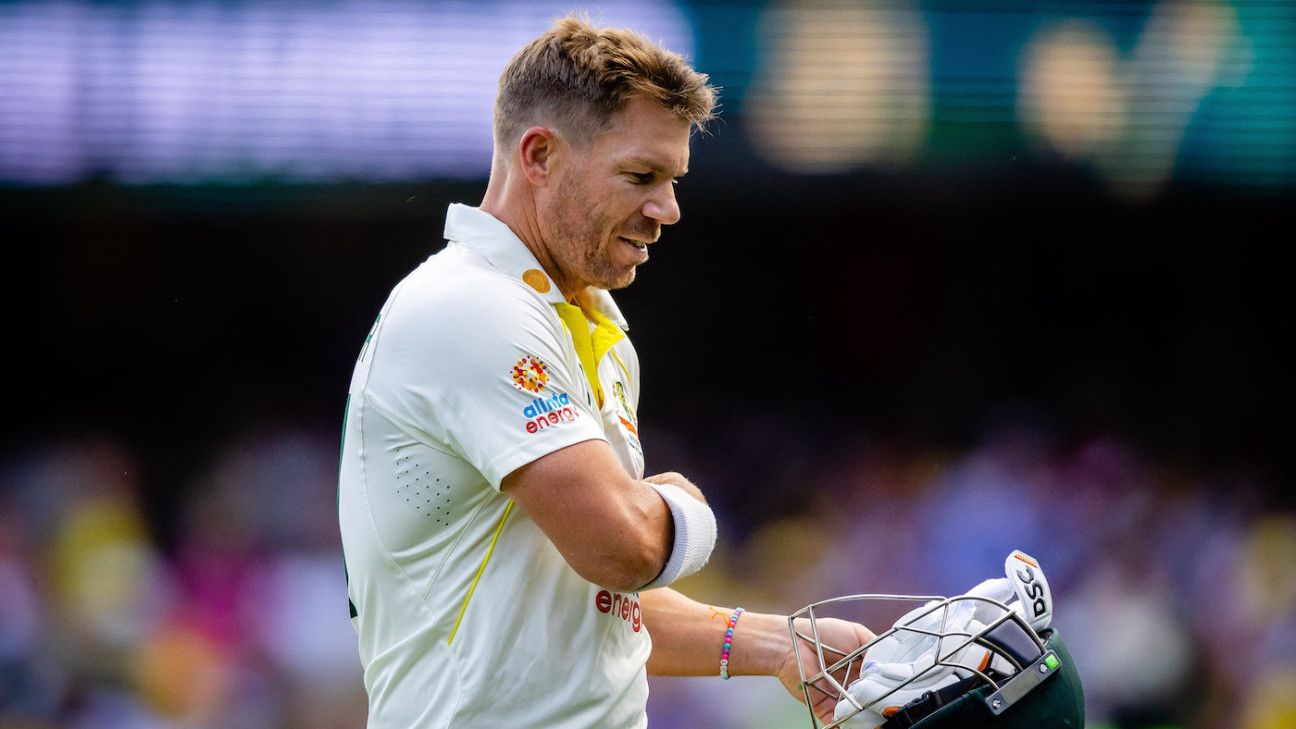 Ricky Ponting has urged David Warner to think carefully about whether he should bring an end to his Test career but team-mate Nathan Lyon believes that all of Australia should be backing him.
Warner was dismissed for a first-ball duck by Kagiso Rabada on the opening day at the Gabba when he fended a hostile short delivery to short leg where Khaya Zondo took a magnificent one-handed catch above his head.

It was just the second first-ball dismissal of Warner’s Test career – which will reach the 100-mark next week in Melbourne – and added to a lean two years where he is now averaging 27.00 without a century.

Australia’s next two tours are to India and England were he has underwhelming records with averages of 24.25 and 26.04 respectively, and Ponting, who himself decided to call time on his Test career amid waning powers in a series against South Africa in 2012, said that Warner deserved the chance to end on his terms rather than be dropped. The final Test of this series is on his home ground at the SCG.

“I think what he should be doing is being as realistic and looking to the future as he can,” Ponting said on Channel 7. “Like I said before, he deserves the chance to finish the way he wants to finish. I would hate to see him get to an Indian tour or at the start of the Ashes tour and then get the tap on the shoulder. That would be a disappointing way for his career to end…it might be after the Sydney Test. Let’s wait and see. Also, I hope that he gets some runs between now and then.”

“We all know the X-Factor of cricketer that David Warner is and the type of batter he is,” Lyon said. “He’s got 100% support of the changing room and [that] should be the whole Australian public, to be honest with you. Yes, he got a good steep bouncer today but that was a hell of a catch to hang onto. I’m expecting David to come out and do amazing things.”

Ahead of the series against South Africa, head coach Andrew McDonald said that Warner remained in the team’s plan for India and added that he had not given any indication of considering an end to his career.

“He’s eager to continue on at this stage,” McDonald said. “He has not hinted [at] anything else,” McDonald said. “His appetite for the work – in and around training – is still there. He’s busy at the crease, and you’ve seen signs that he is going well. He’s just found different ways to get out, and sometimes that can happen.”

For South Africa’s part, Warner’s dismissal was the ideal start for them after being bundled out for 152 and they rode the wave to reduce Australia to 27 for 3 but could not sustain the pressure until a couple of late wickets, including Steven Smith, provided a much-needed lift.

“When we got bowled out for 150-odd, as much as you want to try and get the energy up it can be quite difficult,” Kyle Verreynne said. “So to get the wicket the first ball of the innings, and when it’s a big player like David Warner, that just lifts everyone up and for the next 10 overs, we carried that energy and adrenalin from that ball. Unfortunately, we fell away a bit but it was definitely a massive moment.”