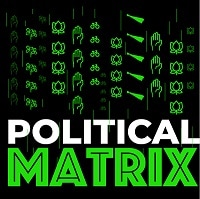 ​
Politics is ingrained in Indian society. Be it caste, language or gender, every group aspires political representation and a stake in political power. Political Matrix will focus on these groups and their aspirations in each state of India and decode their electoral choices.

Gujarat Assembly Election 2022 may evolve as another celebration of Indian democracy. It will hopefully provide another opportunity to the ‘invisibles’ to become visible and the voiceless to gain a voice. In a democracy, elections are one of the ways to empower the marginalised and the subaltern (Dalits, tribals among others), providing them an opportunity to emerge as an important stakeholder.

Gujarat politics appears as a collage of various castes and communities. In my previous two articles, I had focused on the aspirations of Patidars and Dalits of Gujarat, this article will discuss the tribal communities in the poll-bound state and their assertion to increase their participation in the politics of democracy.

The Bharatiya Tribal Party (BTP) by tribal leader Chhotubhai Vasava, founded in 2017, is one of the examples of the growing political assertion by the tribal community in Gujarat.

We know that participation of social communities in politics depends on their capacity to aspire – those who acquire this capacity earlier than others tend to get more prominence in politics. The other key factor is the numerical strength of the community. The process of politicisation started relatively late among the tribal communities in Gujarat due to various reasons.

In terms of numerical strength, the tribal communities together constitute an estimated 16 per cent of the state population – an impressive number. Their population is largely concentrated in districts like Banaskantha, Sabarkantha, Panchmahal, Dang, Kutch among others. Nearly 30 tribal communities together form the tribal social group in the state. Communities like Barda, Bavacha, Bhil, Charan, Choudhri, Koli (Kutch district), Kunbi (Dang district), Dhodhia, Gamit, Pardhi (Kutch District), Naikda, Tadvi Bhil, Vasave and many other small groups have been categorised as Scheduled Tribes in Gujarat.

The tribal assertion in India has a long history, and it has been reflected in various social, religious and cultural movements. Historian David Hardiman in his seminal research The Coming of the Devi: Adivasi Assertion in Western India documented tribal assertion in south Gujarat, which started with a religious moment and developed into an anti-sahukar (moneylender) protest in colonial India.

However, despite various socio-religious protests, tribal communities could not push their political claim in the politics of democracy, in post-Independence Gujarat.

The Gandhian social movement as well as various other civil society groups started working among tribal communities and their interventions made a section of tribals aware about their hissedari (share) in the politics of democracy, but these attempts failed to develop tribal politics in India.

The Rashtriya Swayamsewak Sangh (RSS) started their social welfare project among tribals post-Independence but they also kept themselves limited to socio-cultural and religious issues.

However, the accumulative impact of all such assertions slowly contributed in raising the capacity of the tribal communities to practice politics. They started getting election tickets, albeit slowly, from various political parties, including the Congress and the BJP. This led to political leaders emerging from the tribal communities.

In yet another instance of assertion by tribals, they launched a massive organised movement for their rights in 1989 and against forest department bureaucracy in Dang district. All these movements made the tribal communities aware of the socio-political changes and contributed in shaping tribal politics in Gujarat.

Tribal politics in Gujarat, however, never developed in isolation; it evolved with the politics of national parties like the BJP and the Congress. Chhotubhai Vasava’s Bharatiya Tribal Party marks a shift – it shows the emergence of a separate tribal identity based political party in the politics of Gujarat.

The tribals have now emerged as an important stakeholder in Gujarat politics and every party in the fray – BJP, Congress or AAP – may give impressive representation to the leaders from tribal communities in the forthcoming Assembly election.

Badri Narayan is Professor and Director at GB Pant Social Science Institute, Prayagraj, and author of ‘Republic of Hindutva’. The views expressed in this article are those of the author and do not represent the stand of this publication.

It’s Not Diwali or Stubble-Burning Season Yet. But Delhi is Choking Nevertheless