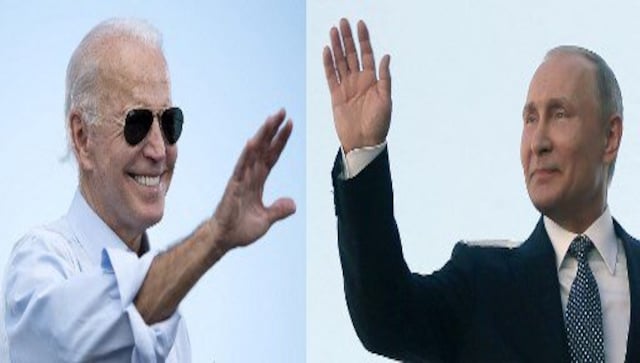 New Delhi: The Kremlin on Wednesday praised Washington’s “measured” response after a missile landed in Poland and US President Joe Biden said it was “unlikely” that it had come from Russia.

“In this instance, attention should be paid to the measured and more professional response from the American side,” Kremlin spokesman Dmitry Peskov told reporters.

Peskov added that “As for the incident in Poland, Russia has nothing to do with it”.

The meeting in which Ukrainian officials were not present gave rise to speculation that Moscow & Washington were working on a “peace pact.”

However, Burns has denied that the US is engaged in any secret talks with Russia, The Guardian reported.

A missile landed in Poland near the Ukraine border on Tuesday, killing two people.

The incident came as world leaders gathered for the G20 in Bali, where Western heads of state cautioned against jumping to conclusions.

Asked if the missile had been fired from Russia, Biden said there was “preliminary information that contests that”.

“It’s unlikely… that it was fired from Russia. But we’ll see.”

Meanwhile, three US officials citing preliminary assessments said that the missile that struck Poland had been fired by Ukrainian forces at an incoming Russian missile, news agency AP reported.

Earlier, Polish president Andrzej Duda urged calm, saying there was no “unequivocal evidence” for where the missile came from and that he saw it as an “isolated” incident.

“Photographs of the wreckage… were unequivocally identified by Russian military experts as fragments of a guided anti-aircraft missile of a Ukrainian S-300 air defence system,” the ministry said in a statement.

News Next Desk - December 7, 2022 0
Former US president Donald Trump's family business, Trump Organization was found guilty of tax Fraud by a New York jury on Tuesday. This has...

News Next Desk - December 7, 2022 0
National Football League 32 mins ago Baker Mayfield has been claimed by the Los...

News Next Desk - December 7, 2022 0
As Poland seeks to modernise its military and adjust to new geopolitical realities following Russia's invasion of Ukraine, a US greenlight to a potential...

News Next Desk - December 7, 2022 0
ESPNcricinfo understands Pakistan will call upon a fast bowler from outside the original 18-person squad for the second Test, starting in Multan on Friday....

Another top password manager is doing away with passwords

News Next Desk - December 7, 2022 0
Open source password manager Bitwarden has announced that it’s going passwordless in a move that it hopes will make it easier and faster for...

How to customize the Firefox homepage on Android

News Next Desk - December 7, 2022 0
The final customization you can make is what will serve as your homepage. You have three options:Homepage: What you've just...
%d bloggers like this: