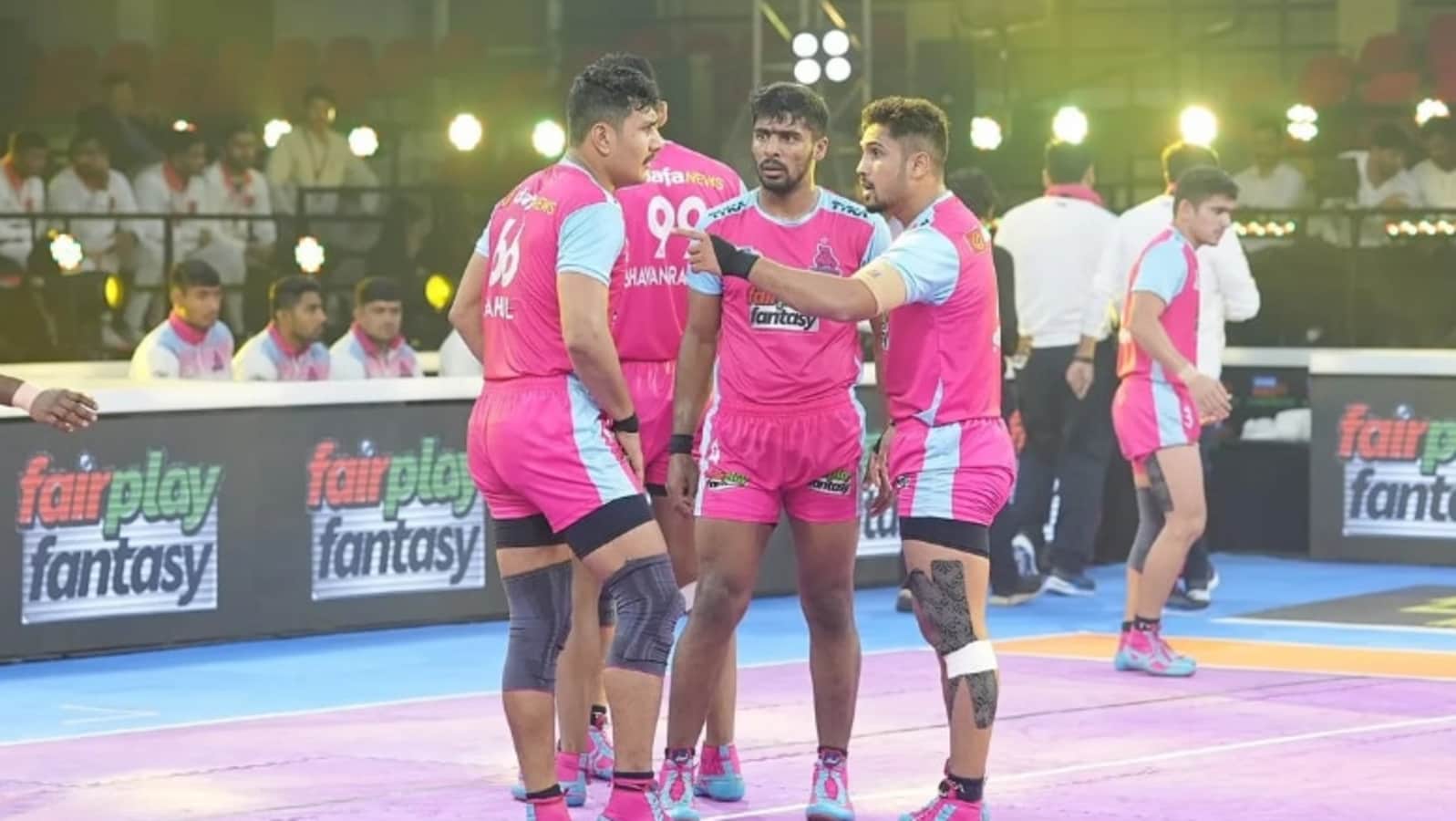 PKL 2022 Final Score Live Streaming: Watch the Jaipur Pink Panthers vs Puneri Paltan fighting it out for the Pro Kabaddi League title in an exciting final. Know when and where to.

PKL 2022 Final Score Live Streaming: After a long drawn competition, we are now at the final game of the tournament which will decide who gets to lift the PKL 2022 edition trophy. On one side, we have the Jaipur Pink Panthers who defeated Bengaluru Bulls in a thrilling competition to reach the finals and on the other hand Puneri Paltan eliminated Tamil Thalaivas to reach the final game of the tournament. Incidentally, both the teams were also placed in the first and second position in the group stage of the competition, separated by just two points. Today, December 17 is going to showcase the battle of these two teams and show who gets to be crowned the champion.

Today’s final match will witness Jaipur Pink Panthers go head-to-head against Puneri Paltan in an exciting conclusion to the tournament.

To not miss even a second of the exciting action of the PKL Pro Kabaddi League 2022 matches, fans can watch it on regular DTH channels as well as the Disney+ Hotstar app which is available on smartphones and other mobile devices, as well as on PCs via web browsers. However, there is a catch. To stream Disney+ Hotstar, you will need a subscription to the service.

It should be noted that Disney+ Hotstar has multiple subscription options to choose from. The cheapest Disney+ Hotstar plan begins at Rs. 499 per year. However, this is available for mobile devices only and you can only stream in HD 720p quality. If you wish to stream in Full HD, there is an option to upgrade to the higher quality Full HD resolution by subscribing to the higher priced plans. You not only get a bump in quality, but this subscription will also remove ads.

News Next Desk - February 7, 2023 0
Iran revealed "Eagle 44", an underground air force base on Tuesday. The Iranian state media reported Eagle 44 as the first of its kind large...
%d bloggers like this: