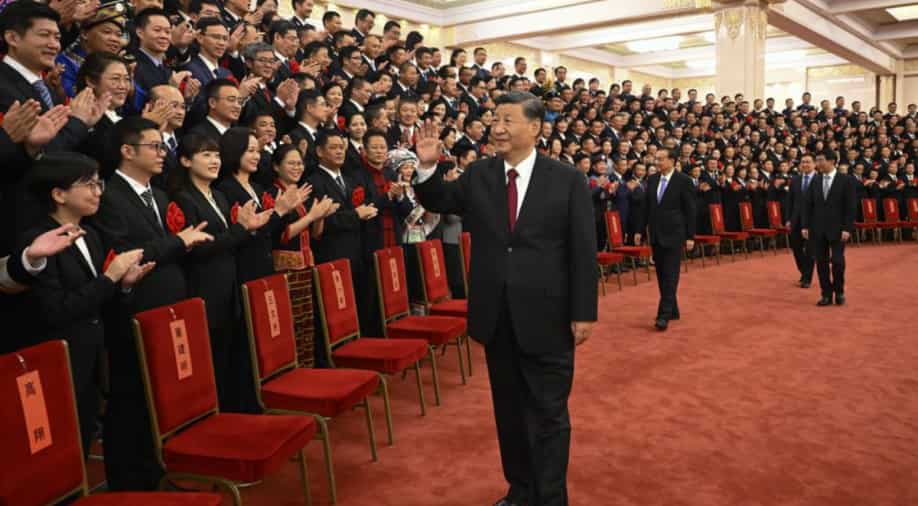 According to a new Pew Research Center survey, sentiments toward President Xi Jinping around the world have deteriorated over the past several years and have “become dramatically more negative” since the Chinese leader assumed office in 2013.

Prior to the Chinese Communist Party (CPC 20th)’s national congress next month, a data report illustrating global public opinion of China and Xi, released on Wednesday, focuses on five issues: China’s military might and influence, its human rights practises, the nation’s economy, Covid-19, and the Chinese people.

Attitudes were “already quite negative” in the spring of 2014, nearly a year after Xi Jinping assumed power, with people in the majority of the locations surveyed by Pew feeling more negatively than favourably.

“Views about the Chinese President turned more negative between 2019 and 2020. By 2022, majorities in all but two advanced economies surveyed had little to no confidence in his approach to world affairs,” Pew said.

The opinion about China in the US and other advanced economies has “turned precipitously more negative” since Xi’s rise to power in 2013, it said. “In the US, the sense that China has handled Covid-19 poorly and is at fault for the virus’s spread certainly is related to negative opinions of the superpower, but is not the only factor driving attitudes,” it added.

Views about China have changed over time due to a variety of causes, according to a study based on surveys conducted by the Pew Research Center during a 20-year period.

Prior to the pandemic, negative attitudes toward China were already on the rise in the US and other nations, including some of China’s neighbours like South Korea, Japan, and Australia.

Concerns about Beijing’s policies on human rights, its military might, and economic aspects like trade have led to negative perceptions of China around the world.

Since 2002, the Pew Research Center has surveyed people in more than 60 nations to determine how people worldwide feel about China. The analysis focuses mainly on data from advanced economies polled between 2020 and 2022 because the centre was unable to survey the majority of emerging economies during the Covid-19 pandemic.

One of the analysis’s main conclusions is that there is a “widespread and long-held sense that China’s power and influence on the global stage is growing,” that there are still many people worried about China’s military, and that the perception that China does not respect human rights is at or near historic highs in many of the places studied in 2021.

As of 2022, a median of 66% of people in 19 nations believe that China’s influence has lately increased, with percentages of at least 71% in Australia, Italy, Israel, Greece, and the Netherlands. There is a perception that China is a “growing threat” in addition to its expanding influence.

However, opinions on how the Chinese economy ties to other nations’ economies vary. The US, Australia, South Korea, Japan, and other advanced economies were particularly concerned about China’s potential for increased economic competition. However, not everyone has always believed that China’s economic expansion is negative for their nations. In 2019, almost half of people in North America and around half or more of people in Australia, Japan, and South Korea stated that China’s expanding economy was beneficial for their respective nations.

News Next Desk - December 3, 2022 0
Inspired to try boxing?Find out how to get into boxing with our special guide.

News Next Desk - December 3, 2022 0
With Ukraine scrambling to keep communication lines open during the war, an army of engineers from the country's phone companies has mobilised to help...
%d bloggers like this: