Home National Peace Restored In Troubled Areas Of NE Due To Development Implemented By... 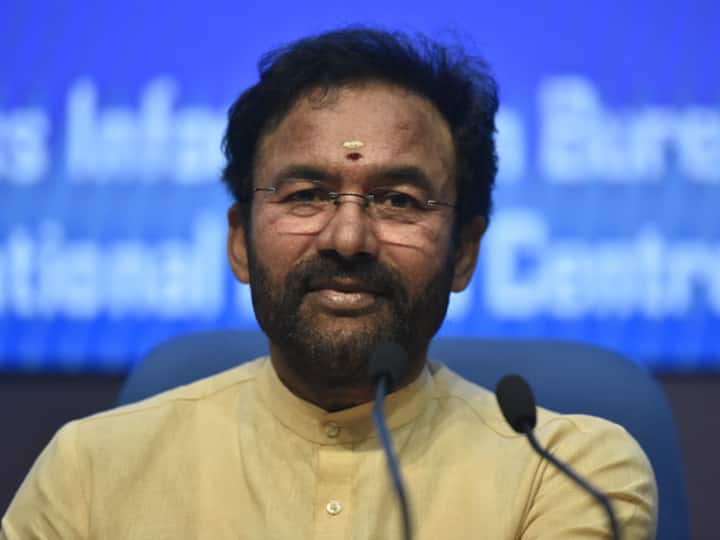 “Under the leadership of Prime Minister Narendra Modi substantial developments have taken place in the northeast in the last eight years like air, road, telecom and cultural connectivities. With infrastructure connectivities and developmental activities taking place we can now see peace in some troubled areas in the region,” Reddy told a news conference in Aizawl on Thursday.

Reddy said that people are expecting development as the situation is now peaceful and due to this the Centre has taken a number of initiatives for developmental activities in the NE region.

He said that the Centre has been developing 100 roadside amenities, including view points in the Northeast and nine of them will be constructed in Mizoram.

ALSO READ: Mizoram To Furnish List Of Villages Within 3 Months To Support Its Claim: Assam Minister Over Border Dispute

The mega tourism event is being organised jointly by the Union Tourism Ministry and Mizoram Tourism department to highlight the tourism potential of the Northeast in domestic and international markets.

The event will focus on ‘priorities of G20 for tourism track’, as India will assume a yearlong presidency of the influential group from December 1 to November 30 next year, Reddy said.

“We have to use this occasion (G-20 meetings) to showcase our cultural richness. Our focus will be to increase the global investments not only in the hospitality industry, but also to promote  entertainment centres, adventure tourism, cruise tourism and wellness tourism,” Reddy said while addressing the mart at R Dengthuama Hall on the outskirts of Aizawl.

More than 200 meetings of G-20 will be held in the countries across over 50 cities, including capitals of Northeastern states, according to the Union Minister.

The G-20 or Group of 20 is an intergovernmental forum of the world’s major developed and developing economies.

Reddy said that the northeastern region has great tourism potential, which was yet to be explored.

He said that the Union Tourism Ministry placed special importance on the development and the promotion of tourism in the northeastern states.

The Union minister also said that the Centre has planned to set up a National Digital tourism mission to promote tourism in the country.

“Today as we are gathered here for the ITM, we must come together and discuss new ideas to promote the tourism sector within the northeast region as we get ready to preside over G 20 countries also. We must work towards positioning India as one of the leaders in the tourism sector by 2047,” Reddy said.

The International Tourism Marts are organized in the North-Eastern states on a rotation basis.

Mizoram is hosting this Mart for the first time this year. The earlier editions of this mart have been held in Guwahati, Tawang, Shillong, Gangtok, Agartala, Imphal and Kohima.

This time the mart will include presentations by the eight northeastern states on their tourism potential, cultural heritages.

It will also include business-to-business (B2B) meetings where buyers from different regions of the country will engage in one-on-one meetings with sellers from the northeast region.

Also, an exhibition including display of beautiful handicrafts and handlooms is being organised at Assam Rifles ground here to showcase the tourism products of respective participating states.

‘Tiger Zinda Hai’ to ‘Freddy’, Sajjad Delafrooz thanks the audience for...

News Next Desk - December 5, 2022 0
New Delhi: Sajjad Delafrooz has been the talk of the town for quite some time now. All thanks to his exceptional performances, charm, and, well,...

Michigan matched up against TCU in Fiesta Bowl | The Joel...

News Next Desk - December 5, 2022 0
Vivo Y02 has been launched in India on Monday as the new entry-level smartphone from the Chinese vendor. The 4G smartphone by Vivo features a 6.51-inch...

Strep A: Medics fear NHS will grapple with the disease as...

News Next Desk - December 5, 2022 0
Medics raised alarm over the ability of the NHS to deal with increased rates of strep A, a rare and invasive form of the...
%d bloggers like this: