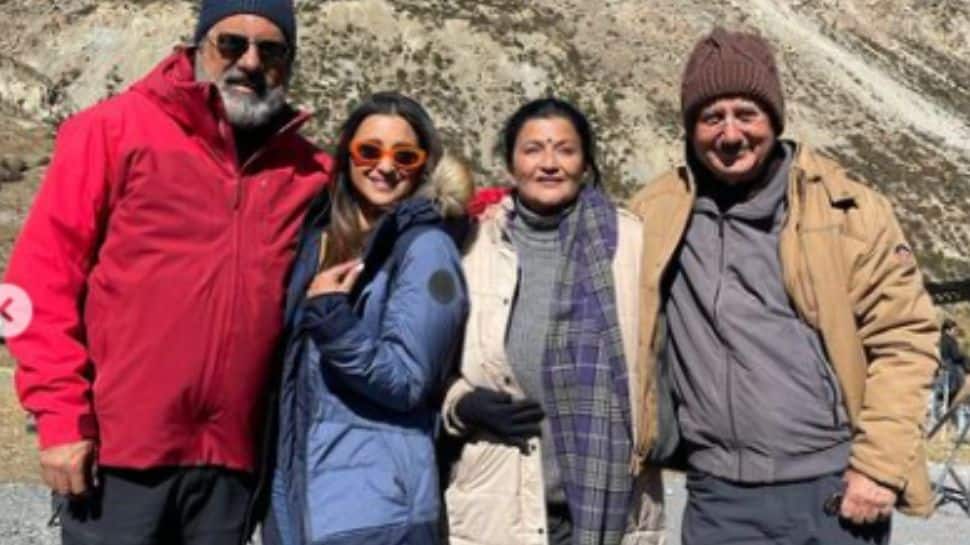 Mumbai: Bollywood actress Parineeti Chopra, who is currently enjoying the response to her recently-released movie ‘Uunchai’, feels honoured to have worked with the towering talents of Hindi cinema like Amitabh Bachchan, Anupam Kher, Boman Irani, and Danny Denzongpa.

The actress recently shared a reel on her Instagram which shows her enjoying some behind the scenes moments of the film. In the reel, Parineeti can be seen enjoying the picturesque locales along with Anupam Kher and Boman Irani as she roams around and poses at different spots of the shooting location. Here is the post shared by the actress:

‘Uunchai’, directed by Soraj Barjatya. The film ‘Uunchai’ stars actors Amitabh Bachchan, Anupam Kher, and Boman Irani in the lead roles. The film was released on the 11th of November.,revolves around friendship and learning about life has proved to touch everyone`s heart with utmost ease.

Parineeti had earlier said: “`Uunchai` is going to be one of the most special films of my life as I got the opportunity to work with such legendary actors of our industry. Everyday I would be super excited to go on the sets and learn something new from these talented actors. Their passion, their dedication, their commitment towards the craft only motivated me to not only be a better actor but a better person as well.”

News Next Desk - November 29, 2022 0
A new survey shows that only 32 per cent of employees around the world are happy with their current salary. The survey, conducted by...
%d bloggers like this: