Home World Pakistani visas for Indian pilgrims to visit Shadani Darbar: What is this... 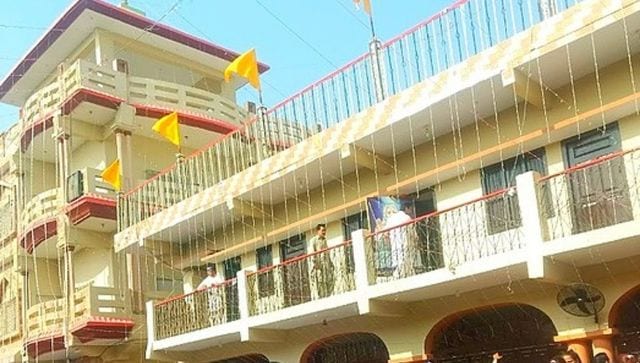 As many as 100 pilgrims from India arrived in Pakistan on Tuesday (22 November) to attend the 314th birth anniversary celebrations of Hindu saint Shiv Avtari Satguru Sant Shadaram Sahib, in Sindh province.

A day earlier, Pakistan had announced it has issued 100 visas to Indian pilgrims seeking to visit Shadani Darbar in Hayat Pitafi.

The pilgrims, who are in Pakistan from 22 November to 3 December, will also visit other holy places in Sukkur, Dherki and Nankana Sahib.

The main celebrations will be held on 23 and 24 November, Hashmi added.

Under the Pakistan-India Protocol on Visits to Religious Shrines of 1974, pilgrims from both nations are granted visas to travel to certain shrines across the border every year.

What is the Shadani Darbar in Pakistan and what is its significance? Which shrines can be visited under Pakistan-India Protocol on Visits to Religious Shrines of 1974? Let’s take a closer look.

What is the Shadani Darbar?

Located in Hayat Pitafi, a small town in the Ghotki district, it was founded in 1786 by Sant Shadaram Sahib. 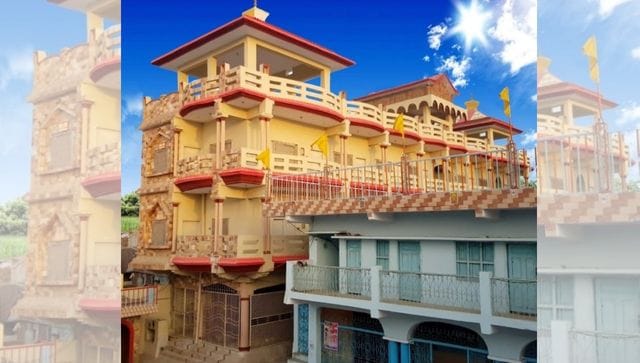 Born in 1708 in Lahore, Shadaram Sahib was a Hindu saint. He is believed to be the descendant of Lord Ram’s son, Lav. The saint is also considered an avatar of Lord Shiva, says the Shadani Darbar’s website.

History and significance of Shadani Darbar

Shadani Darbar is a sacred shrine for Hindu devotees across the globe.

Shadaram Sahib, who was “deeply involved in the spiritual welfare of people”, had travelled to holy places in India including Haridwar, Yamunotri, Gangotri, Amarnath, Prayag, Ayodhya, Kashi, and Nepal’s Pashupatinath Temple at the age of 20, says the website.

Shadaram Sahib reached Mathelo, the capital of Sindh during the reign of Raja Nand, in 1768, where he built a Shiv temple and “enlightened the sacred holy fire (Dhuni Sahib),” the website further states. Sometime later he left his temple in Mathelo village along with his devotees and “settled nearest another holy village in Hayat Pitafi and laid the foundation of Shadani Darbar,” the website adds.

A sacred well was dug there and the ‘holy fire’ Dhuni Sahib enlightened, it says.

It is also believed that anyone who takes the blessings of this Dhuni Sahib and drinks the sacred water of the well gets relieved of their “sufferings and misfortunes”.

To this date, agni pooja (worshipping the fire) is organised during the yearly celebrations at Shadani Darbar. Mass weddings are also held where well-off devotees provide gifts to financially vulnerable couples, as per Indian Express.

The recitation of Bhagavad Gita and Guru Granth Sahib will also take place during the celebrations this year, reports PTI.

Kaka Kailash Jot, part of the Shadani Darbar team who welcomed the Indian pilgrims, told Indian Express that his family has been the disciples of Shadani Darbar for four generations.
“I was born in Hayat Pitafi. My father has written several books about Darbar’s history. This temple has always attracted a large number of devotees, including Muslims. Sindh has a 1,000-year-old history of religions flourishing and being respected here,” he informed.

After Sant Shadaram, the darbar has had eight more ‘gaddisars’, or heads. As per the temple’s website, Dr Yudhister Lal is the ninth peethdeeshwar (present gaddisar).

Among the nine gaddisars, only the fifth was a woman named Mata Sahib Hassi Devi, who became the head in 1852.

The second head to take over the ‘gaddi’ after Sant Shadaram was Sant Tulsidas Sahib. He left the post to his son, Sant Takhatlal Sahib, who became the third gaddisar.

Under the protocol, pilgrims from both sides are allowed to travel to the other country to visit religious shrines without having to undergo the required immigration process, reports Indian Express.

These devotees, who are given visitor visas, can only travel in groups and the number of these groups is fixed annually.

In January this year, the Indian government had proposed opening more religious shrines for pilgrims from both sides. Ministry of External Affairs (MEA) spokesperson Arindam Bagchi had said India has a “positive approach on this matter and is willing to engage the Pakistani side”, Times of India reported.