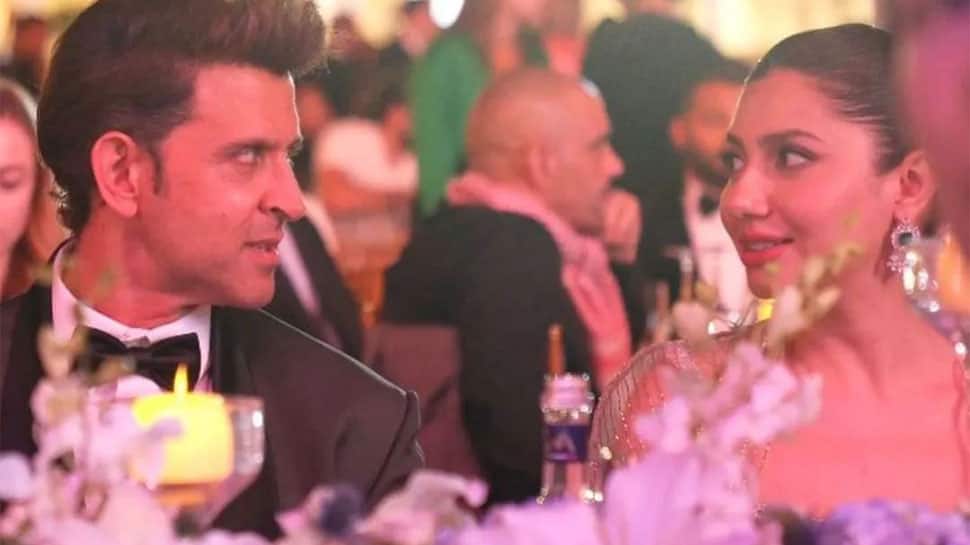 New Delhi: Our desi Greek god Hrithik Roshan made a rocking entry at the Red Sea International Film Festival 2022. He shared a few pictures in his OOTD on social media and did get thumbs up from fans, celeb friends and well, his rumoured ladylove Saba Azad, who dropped a heart emoji on of the pictures. But what’s trending right now is not his just his dapper look. The fans are wowed by his viral photo with none other than Pakistani actress Mahira Khan.

Celebrities from various countries representing their own film industries were present at the coveted film festival which was held at Saudi Arabia. Popular Pakistani actress Mahira Khan, who made her Bollywood debut in Shah Rukh Khan starrer ‘Raees’ in 2017 was seen sharing a moment with Hrithik Roshan, and the two chit-chatted as they shared the table along with top international star Jackie Chan.

Check out the photos of Hrithik Roshan and Mahira Khan which set the internet on fire. Fans are smitten by their good looks and are wanting to see them together on the big screens.

The coveted festival aims to become the top fest and market in the region and a key driver in the kingdom’s ongoing effort to build a film and TV industry practically from scratch after lifting its 35-year-old religion-related ban on cinema in 2017.

News Next Desk - January 26, 2023 0
Emirati astronaut Sultan al-Neyadi, who is set to become the first Arab astronaut to spend six months in space, said Wednesday that he won't...

News Next Desk - January 26, 2023 0
Irish actor Ray Stevenson, fresh off his standout performance as the main antagonist in SS Rajamouli's RRR, has landed a high-profile role in the...

Bengals weren’t expected to be here. But with Joe Burrow, anything...

News Next Desk - January 26, 2023 0
Martin Rogers FOX Sports Insider There are all kinds of little clues with Joe Burrow; the confidence that's more than...

Santner looks to channel Dhoni and Fleming in stern test of...