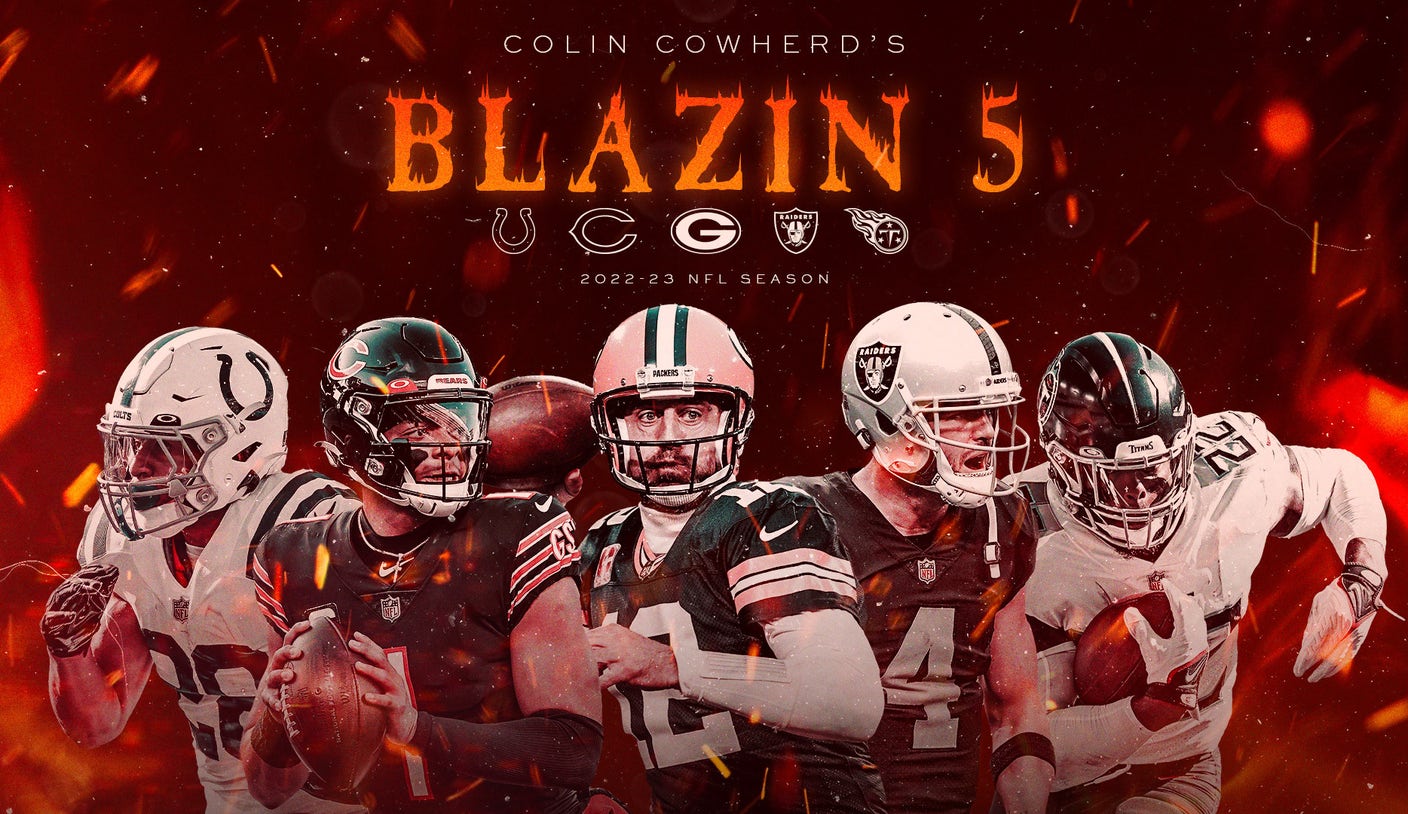 Week 15 of the NFL season brings us a full slate of games, including three on Saturday. That means Colin Cowherd has some picks to make.

On Friday’s “The Herd,” he shared who he likes this weekend in his “Blazin’ 5,” which includes a pair of road teams upsetting teams with winning records.

Here are Cowherd’s top picks, accompanied by odds and win totals as presented by FOX Bet.

Colin Cowherd thinks a few teams with winning records will fall teams that are either underdogs or losing teams this weekend.

Colin’s thoughts: “[The Colts] are coming off a bye and they were humiliated in their last game. Love teams that have been embarrassed. They had a lot of time to think about that. The Vikings’ defense is a mess. The Colts have been in a lot of close games — season, pride are on the line. The Vikings’ defense is the worst in the league. It’s the worst pass defense in the league. It’s the worst total defense in franchise history. It’s just too many points. They play in too many close games.”

Colin’s thoughts: “[The Bears] are coming off a bye and all four of their home losses this year have been under nine points. Justin Fields since Week 6 has had 60 yards rushing and a touchdown each game. In fact, since Week 6, he’s been pretty decent. We’ve seen growth. I think this is a good coaching staff, and that always helps off a bye.

“The Eagles are in the second game of a three-game road trip. Cowboys are coming up and they’re coming off a dominating win. It’s a classic, natural letdown spot.”

Colin’s thoughts: “Hunter Renfrow comes back. This is a big game for Derek Carr and Josh McDaniels. He’s quarterbacking and he’s coaching for their careers. The Raiders are coming off extra rest. They’ve outgained each of their last four opponents. Did you know only the Eagles have turned it over fewer times? They don’t beat themselves. They just have certain limitations.

“Josh Jacobs leads the NFL in rushing yards. Davante Adams is a beast. Hunter Renfrow returns. The Patriots, who have lost two of three, are 0-6 when they allow 20 or more points. Josh McDaniels, I think knowing this defense, can have some success. The Patriots’ offense since Week 7 has been pathetic. They have one touchdown drive of 10-plus plays this year, the fewest in the league. They’re also all beat up. DeVante Parker, Jakobi Meyers, and Arizona had a backup.”

How Patriots are holding back Mac Jones in his second season

Colin Cowherd believes Mac Jones has been messed up by his coaching staff this season.

Colin’s thoughts: “[The Titans] are actually a very good road team — 4-3 on the year. Ryan Tannehill‘s last eight games are a lot better than Tua [Tagovailoa] against this defense. [Joey] Bosa‘s gone. Derwin James is out. In Ryan Tannehill’s last eight games, he has a passer rating over 100. The Chargers don’t beat anybody big as a favorite. They’re a terrible favorite team, always better as a ‘dog. Their defense this year has been not good and Justin Herbert’s been sacked 18 times in the last month, more than any quarterback in the league since Week 11. They’re just too overly reliant on Herbert. He’s had 45-plus passing attempts in three straight games. Don’t be fooled by this defense owning Tua. Ryan Tannehill’s playing good football.”

Colin’s thoughts: “[The Packers] have extra rest off a Week 14 bye. Aaron [Rodgers] has been great at home this year, folks — 12 touchdowns, a pick and a 104 passer rating. Where they’ve struggled is on the road. Where they’ve struggled is against physical teams. The Rams are neither. They [the Packers] have also had 100-plus rushing yards in five of their last six games, meaning Matt LaFleur finally figured it out. Aaron Rodgers and Aaron Jones — that’s your offense. Romeo Doubs is coming back. Christian Watson has emerged.

“And the Rams are bad. They were getting beat. Baker Mayfield had a great last drive [against the Raiders] and deserves credit. But this year, he was completing 58 percent of his throws. The Rams are 1-4 on the road. They don’t have many of their best players.”

Colin Cowherd shared his thoughts on the Rams’ upset win over the Raiders last week.

Ant-Man and the Wasp: Quantumania – Critics call it a psychedelic...

News Next Desk - February 7, 2023 0
While Ant-Man and the Wasp: Quantumania is still to hit theatres on February 17th, some critics have already given their verdict. Marvel’s new fun...
%d bloggers like this: