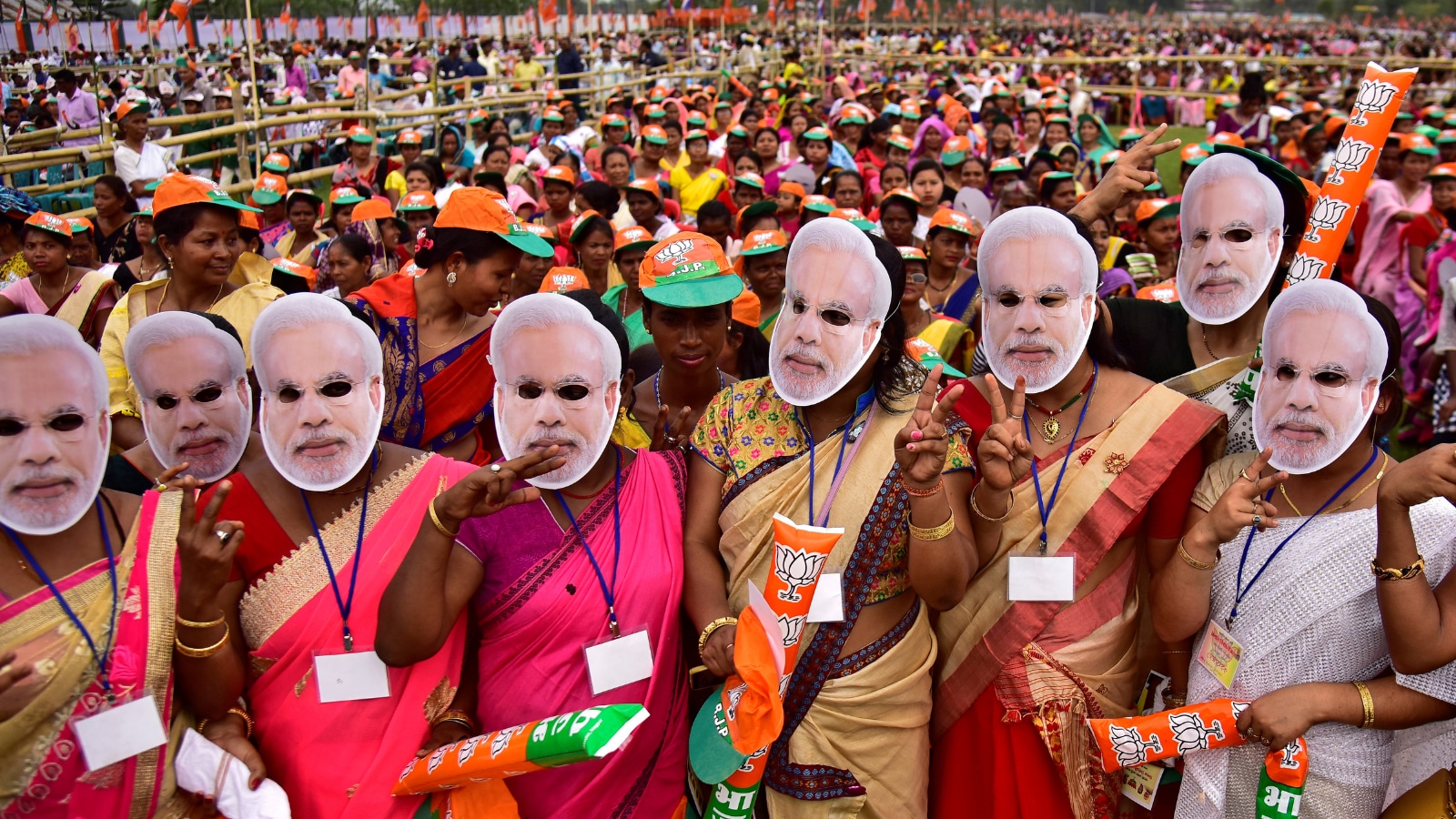 The results of three elections that came out on 7-8 December 2022 have indicated that the Bharatiya Janata Party (BJP) is now becoming the default option of the electorate in Bharat. It implies that the voters are keen to elect the BJP and unless the party or its governments really mess it up, they would remain people’s first choice. Interestingly, this fact has been revealed by the two elections which the party didn’t win — Assembly polls of Himachal Pradesh and the municipal polls of Delhi.

Both Delhi and Himachal Pradesh had certain common factors in terms of relatively weak and non-charismatic state leadership, bitter infighting in the party units and poor performance of the elected representatives.  In these circumstances, any other party would have been decimated by the voters. But the BJP was able to put up a very decent show in both the MCD and the state of Himachal Pradesh.

In Himachal Pradesh, though the BJP’s tally came down by 19 seats as compared to last assembly polls and its vote share came down by around six percent, it got merely 0.9 percent less vote than the rival Congress which has got 43.9 percent votes this time. This difference of 0.9 percent or around 38,000 votes got Congress 40 seats while the BJP could manage only 25. In the history of Himachal Pradesh, this is the narrowest margin between the winner and loser in any assembly polls. And one must not forget that the state is known to change its choice of government after every five years with a strong mandate against the sitting government. But this didn’t happen in the latest assembly polls. It is clearly visible that the voters were reluctant to go against the BJP, despite the anti-incumbency and an uninspiring performance of the state government during the last five years.

If we look at the MCD poll outcome, even the BJP wasn’t expecting that it would be able to win more than 100 seats. The vote share of the BJP has in fact increased by three percent as compared to the last MCD polls in 2017 and it stands at around 39 percent. The Aam Aadmi Party’s vote share stands at around 42 percent. So, there is a difference of around three percent between the two parties. This data becomes more interesting when it is juxtaposed with the 2020 Assembly election results. In these polls, the AAP’s vote share was around 53.5 percent while the BJP’s vote share was 38.5 percent. There was a huge gap of around 15 per cent that has narrowed down to three percent.

As mentioned earlier, despite several challenges created for itself by the local BJP leadership in both Delhi and Himachal that could have dragged it down to a complete rout, the voters have decided to back the party. Why?

Though there are multiple factors for this paradigm shift in Indian politics that we are witnessing today, the prime reason is the unparalleled credibility of Prime Minister Narendra Modi. Indian electorate are known for not trusting a political leader easily. But once they pose this trust in a leader, then they would back him and his party to the hilt. This is what they did with Jawaharlal Nehru and Indira Gandhi. However, the key is not to take voters for granted which Indira Gandhi did by imposing Emergency in 1975. However, the voters gave her a strong nudge in 1977 only to bring her rule back in 1980.

One can say that till the mid-eighties, Congress was the default option for the Indian electorate. Once the Congress started shrinking from 1989 onwards, it lost that sweet spot of being a default option. The BJP was also not strong enough to fill that space. The compromises that the Vajpayee government had to make to run a coalition government proved to be a major obstacle as far as winning the trust of Indian voters was concerned.

Meanwhile, as the BJP was grappling with this issue at the national level for almost a decade between 2000-2010, Narendra Modi had perfected this art and demonstrated the power of credibility by winning successive Gujarat polls. Since 2014, he has demonstrated the power of credibility at the national level. That is why we have witnessed this trend that the electorate who might not have voted for the BJP in state or local polls vote overwhelmingly for BJP in the Lok Sabha polls.

In fact, in many states where the BJP has been able to perform decently despite losing the polls, it is Modi’s credibility that has helped to save the party from the rout.

It appears that the BJP has a perfect winning formula in place right now. This winning formula comprises an impactful leader, a clear ideological roadmap, a strong organisational structure and efficient delivery by its governments on the ground.  Most significantly, the party is unapologetic about its affirmative actions that match its ideological commitment such as the abrogation of Article 370 and the construction of the Ram temple at Ayodhya.

The Opposition needs to address this winning formula if they want to put up a real challenge to the BJP in 2024 Lok Sabha polls. The politics of ‘freebies’, minority appeasement and pseudo-secularism would not take the opposition anywhere in the long run, though there could be some petty gains in the short-run.

But one must remember that political parties in India are not built in a day. When Congress came to power in 1947, it was already 62 years old. And it took a galaxy of leaders and innumerable sacrifices by its workers to build that party and to bring it to a level where it could rule the country. The BJP had also started its journey as Bharatiya Jana Sangh in 1951 and it had worked hard for almost 63 years when it was able to win the majority in Lok Sabha on its own in 2014. Successive polls at various levels after 2014 have shown that the BJP has occupied that vacant seat of ‘Default Option’.

If any other party wants to defeat BJP or become the ‘Default Option’ of Indian voters, the journey is going to be long and arduous. And only parties with a clear ideological map traverse through the ups and downs that come along with this journey. The non-BJP parties have a leadership crisis as their top leaders lack both charisma and credibility. That is why they might be able to unseat the BJP in some elections. But they can’t seriously challenge Narendra Modi.

The writer, an author and columnist, has written several books. He tweets @ArunAnandlive. Views expressed are personal.