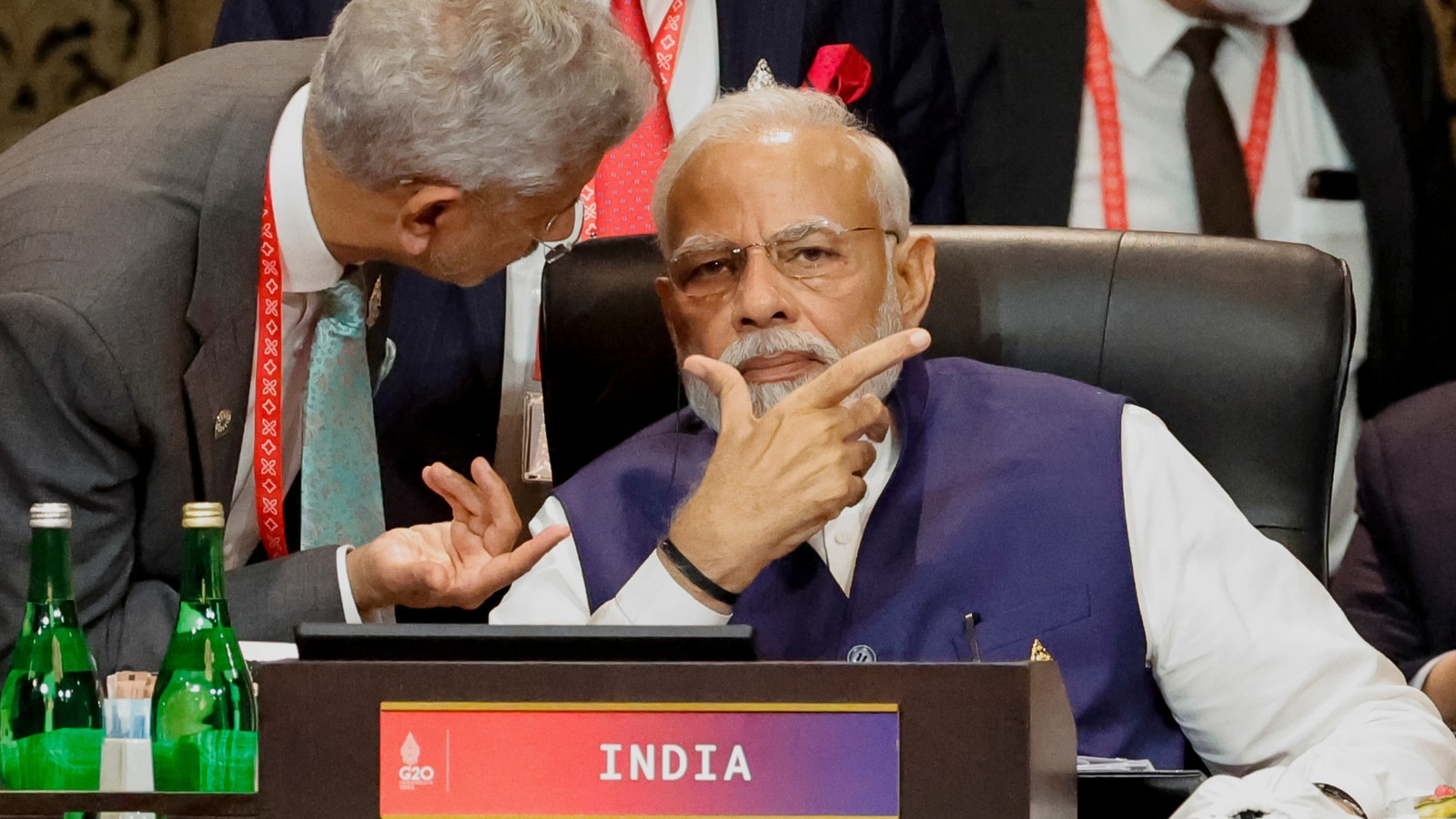 World leaders recently concluded the annual two-day G20 Summit, signalling the conclusion of Indonesia’s year-long presidency and the commencement of India’s journey as the next chair, only the fifth developing country to do so since its inception.

This year’s G20 Summit was exceptionally important given the geopolitical cataclysm the world currently finds itself in. A significant portion of the world is yet to recover from the deadly Covid-19 pandemic, the Ukraine war is still in full force — there is an energy crisis, supply chain disruptions and inflation is at record highs. Lest to say, the world is in dismay. Against this backdrop, Indonesia’s president made a fresh appeal to the leaders of the world’s richest countries to unify at least on economic issues.

India’s presidency comes at a critical juncture in geopolitical history. Analysts predict that the grouping will play a crucial role in attempting to increase social and economic stability in the near future. In this regard, it’s crucial to examine what a G20 headed by India has in store for the future.

The G20, formally known as the Summit on Financial Markets and the World Economy, is an intergovernmental forum comprising 19 nations and the European Union. It was set up to address the key concerns affecting the global economy, with international financial stability, climate change, and sustainability at the vanguard. It is a yearly gathering of leaders from the world’s largest and fastest-growing economies. Its members contribute 85% of the world’s GDP and two-thirds of the world’s population.

Created to address the dual challenge of resolving the issues of some countries claiming inadequate representation in global economic discussion and governance and the financial crisis that arose in several emerging economies in the 1990s, the group presently plays a crucial strategic role in promoting future global economic growth and prosperity aligned towards the idea of sustainability.

As the foremost forum for international economic cooperation, the G20 plays a key role in formulating and enhancing global governance and architecture on all crucial international economic issues. The 20-member body recognises interdependence between nations’ prosperity and the interconnectedness of our economic opportunities and challenges.

India, a founding member of the G20, has long contributed to the group’s deliberations on growing challenges, particularly those affecting the most disadvantaged people throughout the world. Furthermore, India’s presidency comes at a pivotal point in geopolitical history. Our world is fragmented, broken by differences, conflicts, suspicion, and an overall coldness in bilateral ties.

In this context, the theme of India’s G20 presidency, “Vasudhaiva Kutumbakam,” or “One Earth, One Family, One Future,” is a breath of fresh air. It demonstrates India’s resolve to position itself as a driving force of peace and unity across the globe. To do this, India will need to consider various factors when developing its agenda:

First and foremost, India’s president must take into account the world economy, which is effectively in a slump. There is financial instability all across the world, and it is imperative that India develop a strategy to cope with it by engaging with major international economic organisations such as the IMF, OECD, and WTO, to mention a few.

The G20 Finance Ministers and Central Bank Governors Meeting in 2020 acknowledged that debt relief assistance beyond the Debt Service Suspension Initiative (DSSI) may be necessary for states to recover from the Covid-19 issue. To address the issue of unsustainable debt levels, the G20 agreed in November 2020 on a Common Framework for Debt Treatments, which sought to deal with bankruptcy and long-term liquidity issues in DSSI-eligible nations. Unfortunately, the Common Framework is still battling to maintain its legitimacy a year later.

Next, India has the ability to successfully lead the G20 on digital economy. It is safe to argue that India has been a trendsetter in several fields, including internet finance, in recent years. As a result, the possibilities for developing a global digital infrastructure under India’s G20 leadership appear to be significantly better.

The world has already begun to strive to learn and adapt from the Unified Payments Interface (UPI), which has allowed financial inclusion for millions of people who had hitherto been excluded from the formal banking system. Multilateral funding institutions such as the IMF and the World Bank have acknowledged that the online direct benefit transfer system in this country has delivered assistance to the poorest rungs of society in a smooth and transparent manner. It is currently seen as a model for other emerging countries to follow in order to more effectively target recipients of subsidy programmes. As a result, India must make attempts to export the ‘Digital India’ model to the rest of the globe via big economies. And what better way to do so than through G20 members?

During its presidency, India will also have to arbitrate a big and arduous matter of climate financing. The world is placing greater emphasis on the subject of providing poorer nations with financial and technological aid to assist them in meeting climate targets. The significance of adopting a mechanism to compensate poor countries for climate disasters was again reiterated during the recent COP27 summit in Egypt. This gives India the opportunity to forward this proposal at the G20 and advocate for the issues of developing and least developed nations, thus positioning India as one of the leaders of the developing world.

On strengthening bilateral relations and diplomatic outreach, India could utilise this forum to engage nations from the global south in order to secure greater and more equitable representation at the G20. It may utilise this platform to engage with China, albeit in a restricted and guarded manner. According to a readout from Chinese Foreign Ministry spokeswoman Mao Ning, maintaining sound relations is in the fundamental interest of both China and India and the two peoples. She stated that Beijing hopes that both sides would follow through on the key common understandings made by Chinese and Indian leaders, promoting sound and steady growth of ties, and safeguarding the mutual interests of the two nations and our fellow developing countries.

We also witnessed the two leaders’ first face-to-face encounter in public since the start of the military standoff in Ladakh, at a formal dinner for G20 leaders. This platform thus, many hope, might provide the two Asian powerhouses’ ties a fresh boost.

Expanding on strengthening bilateral relations, India could utilise the G20 platform to re-energise the India-UK relationship by renewing and expediting FTA discussions. The Indian and British Prime Ministers met on the side-lines of the G20 to explore ways to strengthen business relations, expand the scope of security cooperation in light of India’s defence reforms, and strengthen people-to-people ties. The issue of concluding the trade agreement was also discussed.

India could also use this opportunity to bring to light the pressing issue of terrorism which presents a significant security concern for New Delhi. Since terrorism has emerged as the most significant international challenge, the G20 may serve as a larger forum for countries to express their concerns and actively work toward a solution. While the G20 deliberations and official declarations have made reference to counterterrorism and terror funding since 2017, India might utilise this presidency to expound on this topic and make it a top priority for the coming years.

In order to demonstrate its prowess as a cornerstone of the new emerging international order in its 75th year of Independence, India took the deliberate decision to assume the G20 leadership this year.

But, it is commonly acknowledged that the G20’s credibility has recently suffered. The organisation is internally divided, with competing interests and ambitions. As India assumes leadership, it must reconcile these disagreements and develop an agenda that has the unanimous approval of all members — a monumental undertaking!

The success of India’s chairmanship of this significant global organisation will be mainly determined by how the country negotiates the members’ conflicting national interests. It would be interesting to watch throughout the course of the upcoming year, when up to 200 G20 activities are scheduled to take place all over India, whether India is able to guide the 19-member grouping in the direction of success and efficiency. But for the time being, we must congratulate India on assuming such a prestigious position and remain patient and watch.

Esha Banerji specialises in Defence and Strategic Studies at the Savitribai Phule Pune University. The views expressed in this article are those of the author and do not represent the stand of this publication.

PPPs for PHCs and more for healthcare

An idea for us from the Island of Dursey

Opinion | Dr Ambedkar: His Life And Legacy, Many Talents And Contributions, Love for Violin, And Relationship with Savarkar

News Next Desk - December 7, 2022 0
A lawsuit against Saudi Arabia's Crown Prince Mohammed bin Salman over murder of journalist Jamal Khashoggi, was dismissed by a US judge on Tuesday...

News Next Desk - December 7, 2022 0
The chairman of US House committee investigating US Capitol attack said on Tuesday that the committee intends to make criminal referrals to the Justice...
%d bloggers like this: