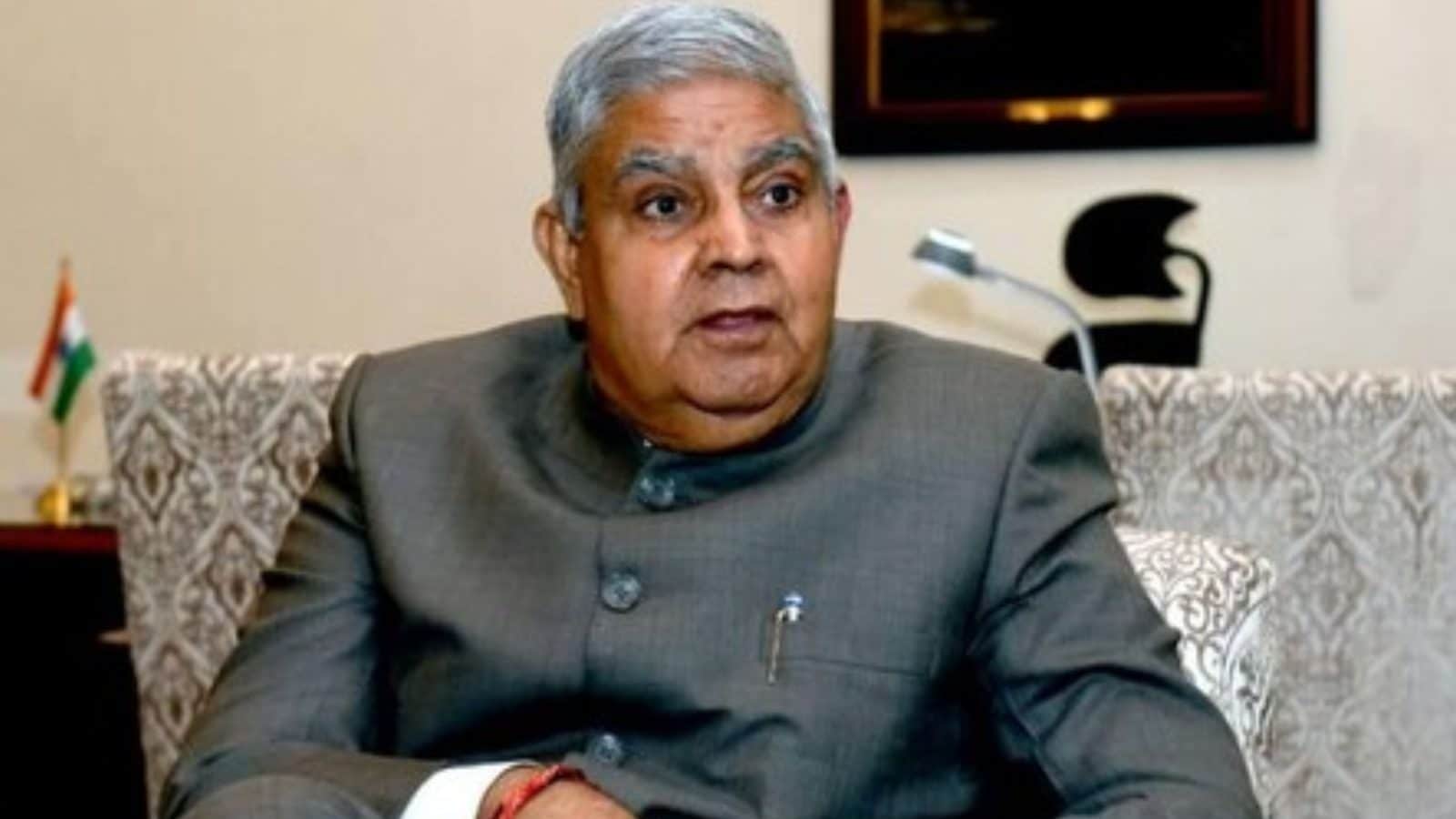 Together, these two clauses are placed within a square-bracket with an accompanying footnote that reads: “Ins. by the Constitution (Forty-Second Amendment) Act, s.55 (w.e.f. 3-1-1977). This section has been declared invalid by the Supreme Court in Minerva Mills Ltd. And Others Vs Union of India and Others AIR 1980 SC 1789).”

The Constitution (Forty Second Amendment) Act, 1976 reflects tension that had been building up between Indira Gandhi’s government and judiciary for close to a decade. She would brook no opposition or interference from any quarter in pursuit of her socialist reforms and personal glory. Journalist Frank Moraes, who did not live to see the Emergency imposed, prophetically labelled the phenomenon as turn Towards Caesarism. “Being themselves chairbound when they are not airbound, the New Congress Ministers would doubtless like to have bureaucrats, judiciary and press chainbound”, wrote Moraes satirically (Without Fear or Favour, P.41). “What the government really desires is politically committed bureaucrats, judges and journalists” (P.57).

The aforesaid provisions in Section 55 Constitution (Forty Second Amendment) Act, 1976 might prima facie appear proclamation of parliamentary sovereignty against judicial intervention. “She pursued her desire for power” wrote Moraes, “with single minded devotion. Nothing was sacrosanct, not even judiciary or the Parliament” (P.47).

We lately witnessed a reassertion of parliamentary sovereignty vis-à-vis the judiciary. Vice President Jagdeep Dhankar, in his capacity as Chairman of the Rajya Sabha, recently fired a few salvos at the Supreme Court. While addressing the 83rd All India Presiding Officers’ Conference in Jaipur on 11 January, he brought to question the “basic structure doctrine” laid down by the Supreme Court in the Keshavananda Bharati v. State of Kerala (1973). Though the case in question pertained to right to property, the Supreme Court subsequently crystallised the doctrine to include judicial review, democracy, federalism, secularism, independence of judiciary, separation of powers between the legislature, the executive and the judiciary, free and fair elections in democracy, and the Rule of Law.

In a democratic society, affirmed Jagdeep Dhankar, “the basic” in any “basic structure” has to be the mandate of the people. He claimed that the “process of parliamentary sovereignty was compromised” as the apex court delivered a string of significant rulings pivoted upon the ‘basic structure doctrine” in the subsequent years. This is tempting but perilous proposition to make. In countries that go by written constitutions, the judiciary has a role in interpreting the constituent law. “The Constitution is what the judges say it is,” said US Chief Justice Charles Evan Hughes (1862-1948) when he was Governor of New York. Only the British Parliament, without a written constitution, “can do everything but make a woman a man and a man a woman” as Jean-Loouis de Lolme (1740-1806) had remarked.

Democracy is underpinned by certain philosophical precepts and legal principles rather than populism. Legislature in India had evolved for more than a century, before adult suffrage was adopted at the Constituent Assembly. The Charter Act, 1833 introduced a Member (Law) in the Governor General’s Council thus making it a four-member body. With the inclusion of Member (Law), posits Dr SV Desika Char (1963), the Governor General’s Council assumed the status of the “parent of Parliamentary institutions in India” (Centralised Legislation, P.xiii). It was also the year when the Representation of the People Act, 1832 also called the Reform Act, 1832 was promulgated in Britain. The year marked the beginning of serious legislative activity by the governments both in Britain and India. Statute making was raised to a form of science and art. India as a Parliamentary democracy has been walking on the path carved out under the British.

Justice Meher Chand Mahajan, previously the Chief Justice of India (1954), in a letter written to Prime Minister Jawaharlal Nehru in 1956 observed (as mentioned in his autobiography): “Each state is making so many laws, even lawyers and judges do not know what the laws are, though everyone is supposed to know the law. There is a great multiplicity of laws. To keep legislatures going, some laws have to be made whether necessary or not and whether enforceable or not. In the course of time there will be endless laws and we will be in a jungle of laws. All we need in India is one law making body i.e Parliament and no more.” (Looking Back, P.228)

As early as the 18th century, with the Regulating Act, 1773, the British Parliament had introduced the binary of Governor General’s Council and Supreme Court of Judicature in India. One of its unintended consequences was bringing the two entities into a collision course. As MP Jain (1952) observes, the arrangement gave rise to a “series of disputes, between the court and the government, to which the court’s jurisdiction was extremely embarrassing, inconvenient and obnoxious” (Outlines of Indian Legal History, P.88). Any binary of law-making and law-keeping agencies could not but run into a collision course occasionally whether set up under the Regulating Act or the Constitution of India.

Parliament’s conflict with the judiciary did not begin with the Keshavananda Bharati case (1973). At least four of the seven amendments that occurred during the Provisional Parliament and First Lok Sabha period (1951-1956) were in response to some form of judicial pronouncements.

Until the case of Golak Nath v State of Punjab (A.I.R. 1967 S.C. 1643), observes PDT Achary, the Supreme Court had been holding that no part of the Constitution was unamendable and that the Parliament might by passing a Constitution Amendment Act in compliance with requirement of Article 368, amend any provision including the Fundamental Rights. But in the Golak Nath case the Supreme Court (by a majority of 6:5) reversed its own earlier decisions. (Constitution Amendment in India, P.14-15).

In the His Holiness Kesavananda Bharati Sripadagalvaru v State of Kerala, the Supreme Court reviewed the decision in Golak Nath’s case and went into the validity of 24th, 25th 26th and 29th Constitution Amendments. The case was heard by the largest ever Constitution Bench of 13 judges. The court gave 11 judgments, which agreed on some points, but differed on others. In the “Majority View”, summed up by nine judges, the judgement was Golak Nath case was over-ruled. However, it also ruled that Article 368 does not enable Parliament to alter basic structure or framework of the Constitution.

The basic structure doctrine was later applied to Smt. Indira Nehru Gandhi v Raj Narain Case (1975). The judgement while overruling Article 329 A, inserted by Constitution (Thirty-Ninth Amendment) Act, 1975 that had put the Prime Minister and Lok Sabha Speaker’s election outside the purview of the judiciary, declared free and fair elections to be part of the basic structure of the Constitution. It implies that no Parliament, without whatsoever majority, would be able to repeal the institution of elections based on adult suffrage under Article 326. Not believing in the ‘basic structure’ doctrine, could mean believing that a sovereign Parliament is free to end the institution of elections. That way a duly elected government could assume power permanently.

It will be incorrect to say that only courts, by inventing ‘basic doctrine’ theory, have impeded the free exercise by a sovereign Parliament to amend the Constitution. The Parliament itself took upon such a task through the Constitution (Forty-Fourth Amendment) Act, 1978. The principal aim of this constitution amendment, enacted by the Janata Party government, was to prevent any rerun of the suspension of Fundamental Rights in the country under the cloak of Emergency, which the Constitution permitted. A passage from the object and reasons of the bill would be instructive.

“Recent experience had shown that Fundamental Rights, including those of life and liberty granted by the Constitution were capable of being taken away by a transient majority. It was, therefore, necessary to provide adequate safeguards against the recurrence of such contingency in the future and ensure to the people themselves an effective voice in determining the form of Government under which they were to live.”

While the Right to Property was repealed as a Fundamental Right, it became a legal right. The same constitution amendment outlawed internal disturbance not amounting to armed rebellion as a ground for proclamation of emergency. The expression ‘transient majority’ is noteworthy in the above passage. To claim that numbers can make good for constitutionality of amendments would be a dangerous thing.

The catchword in the object and reasons is ‘transient majority’. What prevents any future government who could cobble up a ‘transient majority’ to undo the Constitution (Forty-Fourth Amendment) Act, 1978. It is the ‘basic structure’ doctrine of the Supreme Court. The ‘basic structure’ is not something finite, but substantive, whose application depends upon case to case. The downgrading of Right to Property from fundamental right to legal right actually reduced the conflict area between the Parliament and Court since the cases like Sankari Prasad Deo v Union of India, I. Golak Nath v State of Punjab or Kesavananda Bharati v State of Kerala, etc, were cases involving property and fundamental rights.

It would be inane to argue that only legislature is the only true reflection of democratic ideals, and judiciary an avoidable adjunct to it. A comparison between the approach of the Parliament and Supreme Court towards electoral reforms in the last one decade would bear it out. For close to a decade until the enactment of Election Laws (Amendment) Act, 2021 the Parliament did little in that sphere. The Supreme Court has taken positive views of Public Interest Litigations filed before it on the subject of electoral reforms to make the elections clean. These included the SC judgement dated 13 March 2003 on disclosure of candidates’ background (criminal, educational and financial) to the Election Commission of India, the judgment dated September 27, 2013 on NOTA, judgement dated 10 July 2013 on disqualification of convicted MPs/MLAs/MLCs, order dated 5 July 2013 on making election manifesto a part of Model Code of Conduct, etc. Two petitions filed by Association for Democratic Reforms pertaining to extending Right to Information Act, 2005 to the political parties, and about election bond schemes are pending before the Supreme Court.

Prime Minister Narendra Modi has honoured the Constitution as a ‘holy book’. It implies that despite 105 amendments there is an unchanging core of the Constitution that is not subject to alteration or abrogation by the ‘transient majority’.

The writer is author of the book ‘The Microphone Men: How Orators Created a Modern India’ (2019) and an independent researcher based in New Delhi. The views expressed herein are his personal.

Budget 2023: Extraordinary Focus on MoRTH Swings Too Much on Other Side of Pendulum

Budget 2023: Swimming against the current