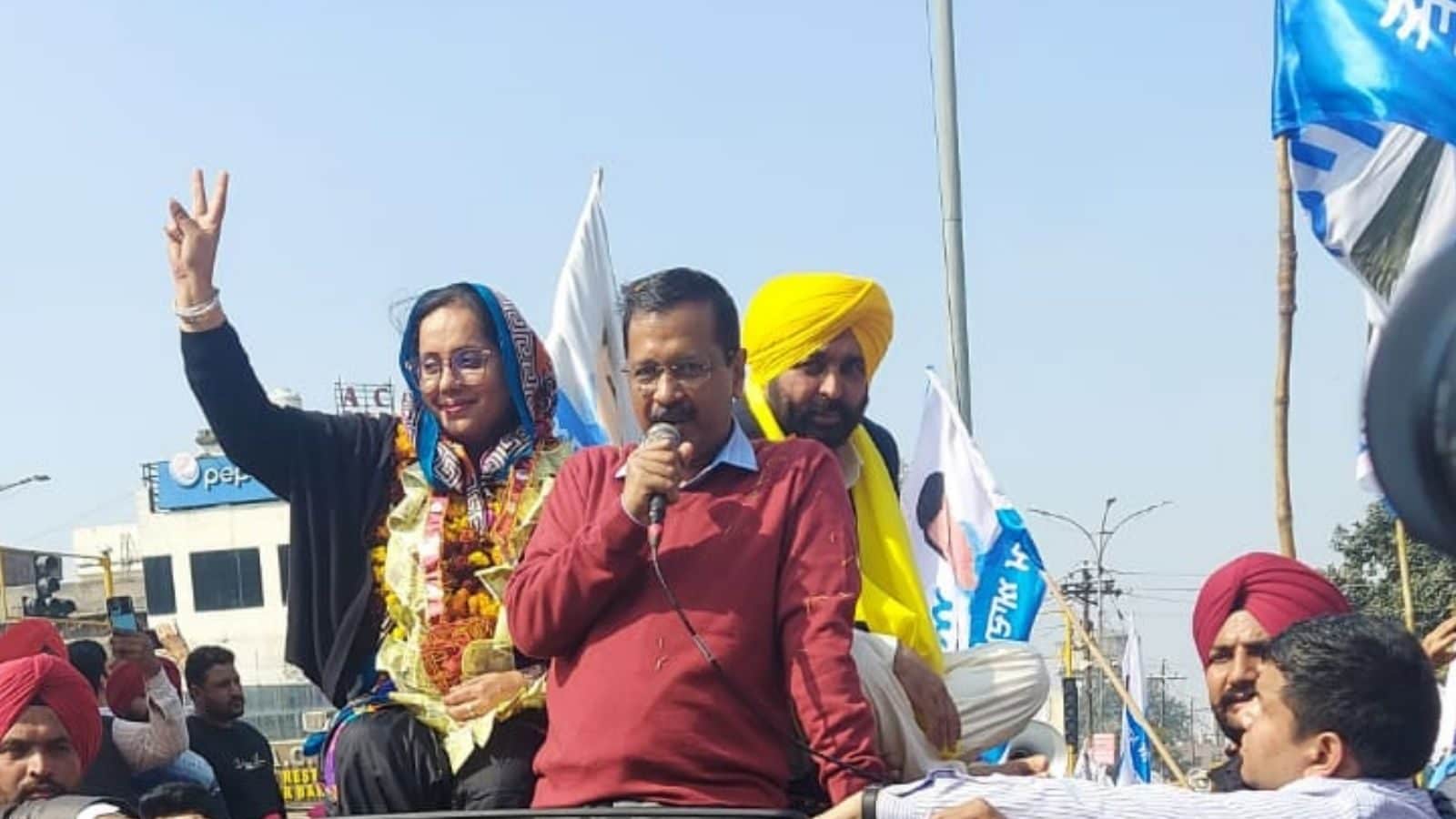 Haryana Police apprehended four people at a toll plaza in Karnal carrying three IEDs weighing 2.5 kg each. Flags of Khalistan were discovered affixed to the main entrance of the Himachal Pradesh Assembly Complex in Dharamsala. The RPG (made in Pakistan) explosion on the Punjab Police Intelligence headquarters in Mohali was reported on May 9, surprisingly a day after the state police seized an IED loaded with RDX packaged in a metallic black box weighing about 2.5 kg from Naushehra Pannuan village in the Tarn Taran district.

The fact that these attacks transpired immediately after a communal fight between certain Sikh and Hindu groups in Patiala on April 29 has heightened the security services’ concerns. There is also apparently a link between the Patiala violent clashes and the flag-pinning ceremony in Dharamsala: both attacks occurred in response to appeals made by Gurpatwant Singh Pannun, the US-based founder of the separatist organisation Sikhs for Justice. There is no debating the fact that the Khalistan narrative has returned after a four-year absence. “The slew of occurrences within days of the change of guard in Punjab should have been anticipated,” said a former DGP from Punjab.

The Arvind Kejriwal-led Aam Aadmi Party has won the most talked-about border state, Punjab, and has become the fastest-growing political party, but the results should not have startled or gobsmacked any rational political observer. Kejriwal’s flagrant and indefatigable pandering to separatist factions in Punjab, who dream of Punjab as a separate sovereign country, earned him an advantage in the state polls. Kejriwal’s evident support for Khalistani ideologues garnered him the backing of pro-Khalistan groups, who declared their support for his party during the Lok Sabha elections.

Kejriwal’s former party colleague, Dr. Kumar Vishwas, recently took a potshot at Kejriwal’s association with Khalistani separatists for securing political victories in the past elections. If necessary, the erstwhile confidante even said that he would become the first Prime Minister of an independent country (Khalistan). As late as February 2022, Rahul Gandhi attacked Delhi Leader Minister Arvind Kejriwal, claiming that the AAP chief may be discovered in the house of a terrorist, referring to a 2017 incident in which Arvind Kejriwal spent overnight at the ancestral home of a former Khalistani terrorist in Moga.

Even Gul Panag cautioned Arvind Kejriwal and AAP about their flirtation with extremist religious fringes and separatist groups in Punjab in the run-up to the 2017 Assembly election. But, in his desire for power, Kejriwal chose to tread down the road of destruction. Former party member and actress Gul Panag tweeted in 2018, “Poorly calculated flirtation that was. One I warned against. Repeatedly. It’s because they didn’t ‘get’ or ‘understand’ Punjab. Thought the K gang had electoral weightage. All of us from Punjab, knew better. But alas!” It’s no surprise that Kejriwal failed Vishwas’ challenge, but he goes on to call himself the “world’s loveliest terrorist” and compares himself to Bhagat Singh, claiming that Bhagat Singh was once labeled a terrorist and that his follower is now facing the same fate.

Even if one dismisses Vishwas’ assertion as a typical “he said, she said” situation, how can one conveniently forget that this is the same Kejriwal who has played the lowest politics ever played, politics on our security services’ capabilities? Following the heartbreaking incident in Pulwama, Kejriwal failed to rally support and insinuated that the Pulwama attack was carried out at the behest of the Modi regime in order to buttress PM Modi in the upcoming general elections of May 2019. Pakistan and Imran Khan have publicly backed Modi Ji. It is now evident that Modi Ji has some kind of covert agreement with them. “Everyone is wondering whether Pakistan killed 40 of our heroic men in Pulwama on February 14, right before elections, to support Modi ji?” remarked Kejriwal, peddling a ridiculous conspiracy theory. In fact, in the wake of the surgical strikes undertaken by the Indian Armed Forces to avenge the lives of the brave hearts who perished in the Uri assault, Kejriwal cunningly created a video applauding the Indian government while also requesting proof that the surgical strikes occurred.

Even though border security is beyond a Chief Minister’s control, cooperation between the Punjab Police and Border Security Force must be maintained at all times. Can we expect the same from Kejriwal’s government? There is little doubt that the Shaheen Bagh demonstrations were anti-India in character, with severe threats to break apart India and hate campaigns against our country’s Hindus, culminating in the horrible deaths of Hindus. Recently, the country has witnessed separatist sentiments that have been louder and more visible than ever before, with the rape of a woman and the death of a man for ‘blasphemy,’ resulting in vandalism of the national capital on Republic Day and the removal of the tricolour from the Red Fort. This is Kejriwal’s approach, in which his fellow party mates perpetuate and orchestrate riots and incite anarchy in order to gain political advantage.

Kejriwal is to deceit what Mozart was to the keyboard. Following the golden rule of shoot and scoot, his party easily dodges accountability for his state by confusing the roles of the center and his Delhi government. According to common belief, the first rule of Gobbelsian propaganda is to “accuse others of what you are guilty of.” Kejriwal understands the value of excellent PR and plays clean and safe in order to retain an image of the muffler-clad ordinary guy who is honest to the core. According to an RTI response dated April 8, the Kejriwal-led AAP administration in Delhi spent approximately Rs 150 crores on public ads alone in only three months, from January 2021 to March 2021. Furthermore, the Kejriwal administration has spent over Rs 800 crore on advertising in the previous two years. It’s no surprise that he’s been given the moniker “ad-man.” Furthermore, Kejriwal’s blatant hypocrisy is evident when his party has been establishing a slew of liquor stores in Delhi, increasing the number from 250 to 850 on the one hand, while vowing to make Punjab drug-free on the other! In addition, the new planned liquor policy in Delhi reduces the number of dry days from 21 to three in a year, paving the way for home delivery of booze and thekas to be replaced with ‘walk-in liquor’ shops.

For over a decade and a half, Punjab has been in combat with militancy. Some of the new instances, including a footprint over the border, have an eerie similarity to past incidents. Because there is a vast pool of experience available, the state government could organise an “Anti-Terror Advisory Group” that would include some retired police officers who were at the vanguard of anti-terrorist operations in the 1980s and 1990s. Former police personnel propose that in the midst of new threats, the Monthly Intelligence Review (Pink Book), which was created by former DGP Intelligence, OP Sharma, during the height of terrorism, be re-launched and distributed to all districts. This would facilitate the recovery of historical documents and the mapping of the actions of different militant organisations and their members who are now as active as a ready reckoner.

Security experts believe that in the aftermath of occurrences in Haryana and HP, in addition to Punjab, the three state police forces should establish an “anti-terrorism coordination center” that would work with officials from the BSF and the Intelligence Bureau. Because of the potential link between gangsters and terrorists, the suggested cell should also work with the newly constituted Anti-Gangster Task Force.

With the state’s belligerent and insurgent history in the 1980s and Punjab being a critical border state led by the evil mind of a megalomaniac like Kejriwal, who has long been close to Khalistani elements and is plausibly accepting funds from overseas separatist bodies— it’s nothing but payback time! While the national government should not engage in a witch hunt, it should also not remain a sitting duck. An AAP administration in Punjab must be feared. This is the harsh, cold, and bitter reality, as icy as the waters of Cocytus, hell’s frozen lake. But, make no mistake, Kejriwal will be exposed for his deceit, and people will lose faith in him.

Yuvraj Pokharna is a Surat-based educator, columnist, and social activist. The views expressed in this article are those of the author and do not represent the stand of this publication.

The Largest Vaccination Drive: Victory of People, Process and Technology

Ban on Popular Front of India: An Important Step in Countering Rising Islamism in India

News Next Desk - September 30, 2022 0
Kuvera.in, India’s fastest growing investment platform, has released the results of its recently concluded survey aimed at better understanding investor behaviour as well as...
%d bloggers like this: