Home Entertainment One year of ‘Pushpa: The Rise,’ check out the 5 hook steps... 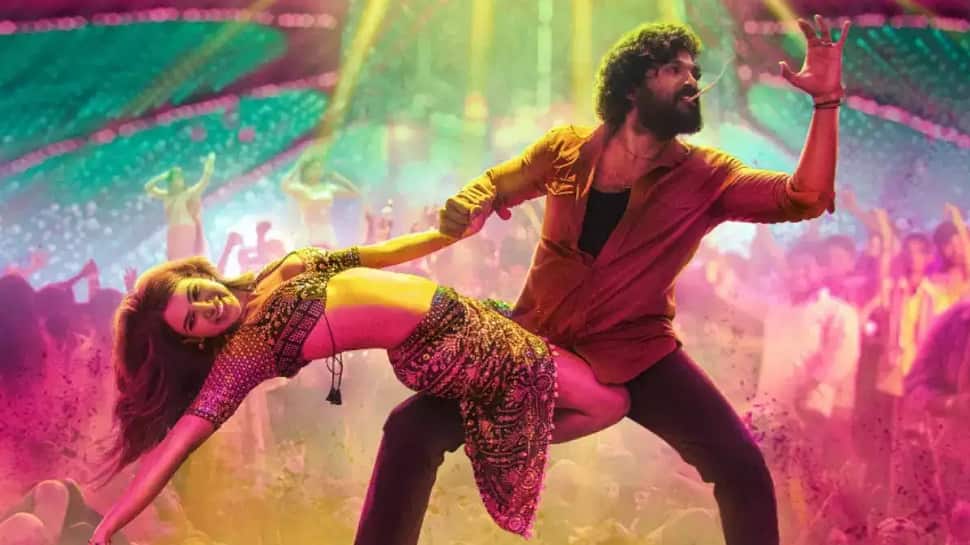 New Delhi: ‘Pushpa: The Rise’, starring Allu Arjun & Rashmika Mandanna, was unstoppable the moment its first look was dropped. It seemed as if there is no stopping Pushpa’s surge in the hearts of the audience, but it was the songs that declared the movie blockbuster even before it released. From romantic numbers to items to dance, the film had all genres to keep the audiences hooked and groovy.

As the film has completed one year today, let us revisit some really amazing hook steps from the film.

Srivalli’s melodious celebration of the character embodied by Mandanna is a song poised to become a one-of-a-kind chartbuster written and composed in five languages. The icing on the cake was Allu Arjun’s sliding hook step in a particular fashion with one shoulder lifted up and dragging his feet impressing audiences with his Pushparaj swag. From cricketers to celebrities everyone recreated Allu Arjun’s steps!

With Samantha Ruth Prabhu performing the hottest item number of the year, Oo Antava Oo Oo Antava is a song that made everyone copy the sizzling dance steps of Samantha and Allu Arjun.

The intensity that Allu Arjun brought onto the screen with his rugged and fearless swag of Pushparaj gave the audience a dance step of sheer intensity.

The song of victory. In ‘Eyy Bidda Ye Mera Adda’ the audience was introduced to the real and tough dancing of Allu Arjun in his Pushparaj swag. With his swag intact as ever, Allu Arjun brought some tough signature dance steps capturing the growth of Pushparaj in the film in the most attractive and larger-than-life way.