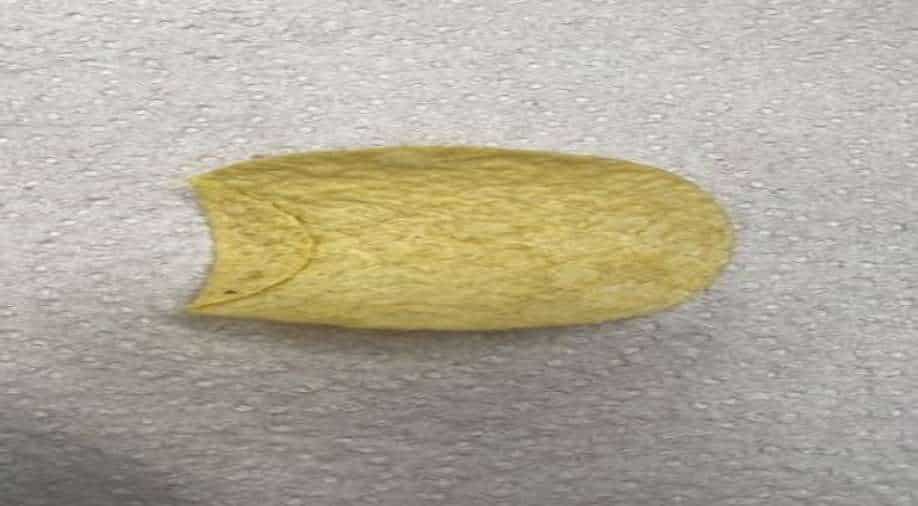 There is no shortage of bizarre news on the internet and almost every week, one comes across an oddly shaped food item being sold for eyewatering prices. The latest to join this long line of oddly shaped, extremely expensive food item is a single Sour Cream and Onion Pringle potato chip.

Finding a weirdly shaped chip is not quite rare considering the amount of chips being consumed around the world on a daily basis but a seller in the United Kingdom has demanded £2,000 for that particular Pringle potato chip on eBay as he believes that the shape is “extremely rare”.

According to a report on The Mirror, the seller from High Wycombe, Buckinghamshire described the chip as “brand-new, unused, unopened and undamaged item” on the site and the picture showed that the top edges folded perfectly to line up with the rest of the chip to create an interesting shape.

While there were not many bids on the product, the seller has also included finance options for buying the snack. As a result, any potential buyer can pay £95 every month for two years – taking the price of the chip to a massive £2,280.

For reference, a packet of Pringles chips is available for around £1.65 in the United Kingdom.

Incidentally, there is another seller who is offering is offering two Sour Cream and Onion snacks for £50 while one in Manchester have decided to ask for £65 for a Honey Glazed Ham flavour Pringle which was described as “Folded back Pringle with a slight crack in it but holding together strongly”.