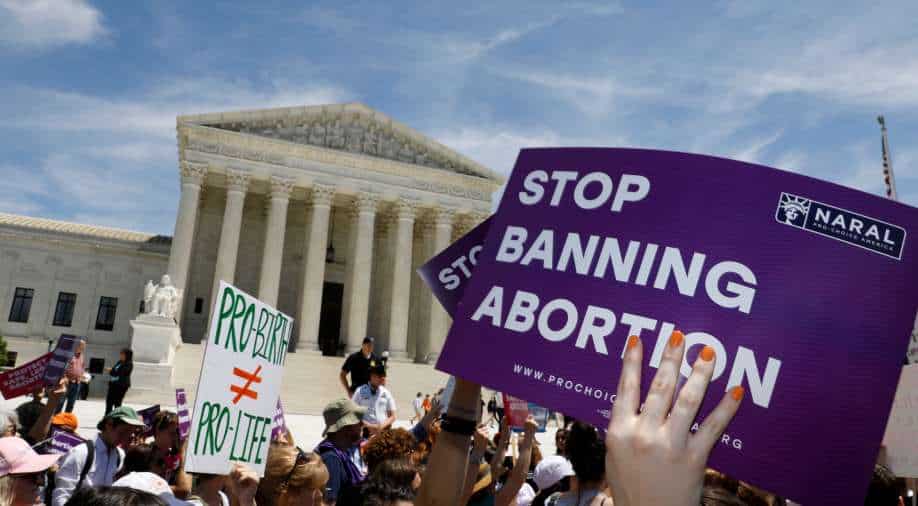 The Oklahoma state becomes the first in the United States to sign into law a bill that bans nearly all abortions after fertilisation, imposing the country’s strictest ban yet.

The legislation allows private parties to sue any such entities that aid in performing an abortion, but it does not per se criminalise abortion.

Oklahoma’s Governor has signed the strictest abortion ban in the country into law. It prohibits abortion after fertilization. pic.twitter.com/1j0Q0DSrB0

The Republican Governor of Oklahoma, Kevin Stitt said in a statement, ​​”I promised Oklahomans that as governor I would sign every piece of pro-life legislation that came across my desk and I am proud to keep that promise today.”


“From the moment life begins at conception is when we have a responsibility as human beings to do everything we can to protect that baby’s life and the life of the mother,” he added.


The law bans the abortion of “an embryo in any stage of gestation from fertilization until birth.” It does not prohibit access to emergency contraceptives.

An abortion clinic in Wyoming was set on fire last night. Today, the governor of Oklahoma signed a total abortion ban beginning at fertilization—enforced, like SB8, through surveillance and vigilantism by civilians. The attack on women is inventively cruel, and it’s relentless.

The only exceptions from the new law are medical emergencies and rape or incest victims that have been reported to law enforcement.

Abortion rights advocates have pledged to take the case to the Oklahoma Supreme Court to reverse the ban, as according to the landmark US Supreme Court decision in Roe v. Wade protecting a woman’s right to abortion still stands.

#BREAKING: Oklahoma just became the only state in the U.S. to totally ban abortion while #RoevWade still stands. The Center & @PPFA are suing the state of Oklahoma on behalf of abortion providers and advocates to stop this cruel ban and restore abortion access in the state. pic.twitter.com/IOxefOqmfV

News Next Desk - September 30, 2022 0
Kuvera.in, India’s fastest growing investment platform, has released the results of its recently concluded survey aimed at better understanding investor behaviour as well as...
%d bloggers like this: